The Best New Murals We Saw in Metro Phoenix in 2017

1 of 30
Hugo Medina/Photo by Lynn Trimble
Detail of Hugo Medina's Sign of the Times at Modified Arts.
Roosevelt Row continued to dominate the metro Phoenix mural scene in 2017, thanks to new works by some of the Valley's most popular muralists — including Tyson Krank, Ashley Macias, Kyllan Maney, and J.B. Snyder, to name a few. The year's best murals also include works painted in other parts of Phoenix, as well as Tempe and Scottsdale. Here's a look at our favorite new murals of 2017

The Art and Artists of Eye Lounge in Roosevelt Row

The Phoenix-based Eye Lounge artist collective is marking its 20th anniversary, which makes it a great time to look back at some…

Internationally-renowned street artist El Mac has painted several murals in metro Phoenix. He's based in Los Angeles but grew up in Phoenix,… 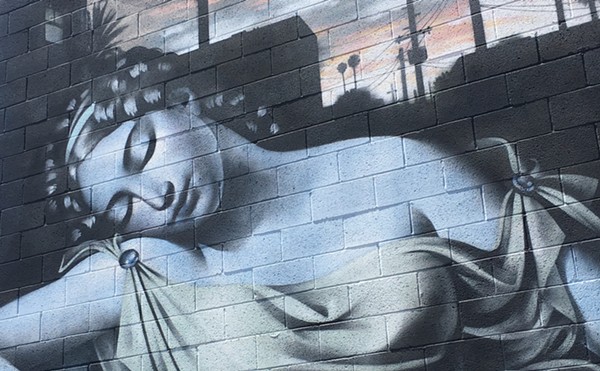