Prosecutors' reliance on DNA evidence and police credibility went on trial, along with a man they call murderer, kidnapper, and arsonist, as a 24-year-old Mesa cold case finally made it to court Tuesday.

This is a case that boomeranged three times to a grand jury, survived two dismissal attempts, had an important charge removed, and now rests on the strength of forensic evidence and the defendant’s shifting explanations.

On October 13, 1993, Debra Shipton was hogtied, shot, and killed on the bed of her Section Eight apartment on Olive Street in Mesa. Then, her place was torched to conceal evidence of the crime.

The case went cold in 1994, and stayed that way until 2009. That’s when DNA from cigarette butts found at the crime scene came back as belonging to Raymond Harold Hanley.

By then, he had been rotting in state prison for 15 years on a rape conviction.

Prosecutors charged Hanley, now 64, in Maricopa County Superior Court with murder, burglary, kidnapping, and arson. Hanley has always maintained his innocence in the murder and kidnapping.

On Tuesday, jurors got unflattering glimpses of both sides.

Lead prosecutor Vince Imbordino used Hanley’s statements from police interviews to lay the groundwork: “This defendant’s story has a habit of changing.” As he described other events, he left a slide detailing Hanley's rape conviction lingering on a television monitor, giving it time to sink in. 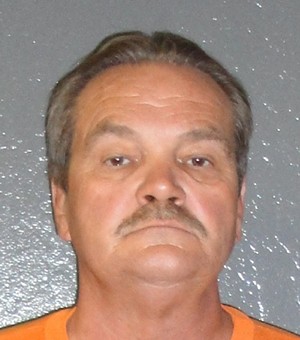 Raymond Harold Hanley
Arizona Department of Corrections
Defense attorney Scott Boncoskey, didn’t mince words: “He is a rapist … he is an arsonist … but Raymond Hanley did not kill Debra Shipton. He is not the murderer.” He implored the jury to look away from the character of his client and focus instead on the investigation.

“This investigation is fundamentally flawed,” he told the jury. “It is characterized more by what we do not know. Much of the documentation of what police did is gone. It is mysteriously gone missing, and the Mesa Police Department is unable to locate it.”

“The original 911 calls. Missing. Gone. The crime scene log, nowhere to be found," Boncoskey continued. "It’s unclear whether it even ever existed.”

He went on to list a string of routine evidence that was also missing, such as numerous follow-up police reports and audio recordings of the initial suspect and three passersby.

Imbordino had briefly mentioned in his opening remarks that the original police reports by the lead detective, Donald Byers, “no longer exist." But he downplayed the significance by telling jurors, “Fortunately, what wasn’t missing was the evidence collected.”

He meant the DNA from the cigarette butts, fingerprints on a Coleman gas can used to ignite Shipton’s bedroom, and 0.22-caliber shell casings that could have come from a gun Hanley owned.

Both sides have some explaining to do, so the case hinges on how much weight the jury will put into that forensic evidence.

Hanley’s defense has to explain his changing story. Imbordino promised jurors in the criminal trial they would hear the recordings of this shifting tale.

In the first interview in September 2009, Hanley told Byers he didn’t know Shipton. Then, he said he knew her as “Red” because of her red hair. He hadn’t seen her in months. When Byers confronted him about the DNA and asked him if he set the fires, he said no.

In April 2010, Hanley told Byers that Shipton was dead when he arrived. He took the gun, which had been wrapped in a towel, and a wooden table leg that she used as an emergency club. He said he buried them in the desert near Four Peaks.

He admitted to setting the fire, learning from a book how to create a delayed fuse from a cigarette and matchbook attached to a gasoline can full of holes.

By 2013, Byers had retired and Detective Kellyanne Brown took up the cold case.

Hanley told her that his wife suspected an affair and went over to the Olive Street apartment. He saw her go in and out. He claimed he saw Shipton dead, tied up, and half-nude on the bed and didn’t want anybody to find her like that, so he took a shirt off the hanger rack and draped it over her body.

He admitted to setting the fire, learning from a book how to create a delayed fuse from a cigarette and matchbook attached to a gasoline can full of holes. He said he did it to cover for the murderer, which Brown took to mean his wife. Then, he said, he videotaped the person exiting, and buried the tape, the gun, and the table leg in the desert. He called it his “ace in the hole” should anybody accuse him.

One problem with that account: The shirt that was found atop Shipton’s corpse had six bullet holes in it and they lined up perfectly to the six in her back that killed her. Imbordino showed a picture of that shirt to the jury.

Prosecutors can put Hanley at the scene of the crime on the day of the murder and have DNA evidence that suggests he started the fire, plus his own shifting admissions.

But they never found the murder weapon. On Tuesday, they never presented a motive, either.

The prosecutors had to drop one theory after a motion to dismiss.

Brown and prosecutors had told one grand jury that Hanley liked violent domination sex. He needed to tie up women to get aroused. His wife told detectives that’s how they fooled around in their RV.

That was important because Hanley drove the same RV when he found a young mother on the side of the road in Mesa in March 1994. He grabbed her, cuffed her, put a gun in her face and raped her, a jury found. He got 30 years and is still in state prison, with the earliest release date in two years.

Prosecutors had charged Hanley with attempted sexual assault in the 1993 murder case. The theory was that he was motivated by his kinky, sadistic streak.


The defense also argued the ballistics from the casings found in Shipton’s bedroom did not match the gun that was used in the 1994 rape.

But it didn’t fly. Defense attorneys filed a motion to throw out the whole case because, they argued, prosecutors were trying to mislead grand jurors by conflating the murder and rape cases. Plus, they argued, the prosecution withheld exculpatory evidence and lied about it.

In questioning, Brown told the grand jury that no semen was recovered from the crime scene. But there was some on the bedsheets. It belonged to Shipton’s boyfriend at the time, Allyn Gibson. Police ruled Gibson out as a suspect because they established he’d been in the VA hospital that day in Prescott.

The defense also argued the ballistics from the casings found in Shipton’s bedroom did not match the gun that was used in the 1994 rape. Prosecutors and Brown had told the grand jury only that a 0.22 was used in the rape as well.

On Tuesday, Boncoskey gave the jury of 10 women and six men in the criminal trial a competing theory. Defense lawyers call it the SODDI or TODDI defense: Some Other Dude Did It, or in this case, That Other Dude Did It.

He said the evidence would show that the boyfriend Gibson was, in the weeks leading up the murder, increasingly abusive and violent toward Shipton. Boncoskey said detectives never connected physical evidence from the crime scene to evidence taken from Gibson's locker in a search warrant, when he was still the prime suspect.

And the interview with him is lost.

He laid out the investigation into two chapters, one from the initial probe in 1993 and 1994, and the other after the DNA hit came back in 2009. The first, he called “Chapter One: The Lost Chapter,” and the latter “Chapter Two: Target Acquired.”

“So what do we have? Photos, handwritten evidence logs, evidence logs from Gibson’s locker and memory,” Boncoskey said.

“Forensic testing is a major component of this case,” he said. “The state will tell you all the forensics point to one suspect: Raymond. This is true. But only with respect to the arson.”

That may be hard for a jury to accept. Prosecutors often tell juries that the odds of the DNA belonging to someone else are one in billions, trillions, or quadrillions.

To acquit him, they will have to swallow his inconsistent accounts.

They will have to ignore that his prints are on one of the two Coleman gas cans.

They will have to ignore that he is a convicted rapist, found guilty of a very similar type of attack four months after the murder. There in court he sits, hunched over in his dark gray suit, barely looking up.

They will have to explain how the shirt placed on Shipton’s body has bullet holes in it and how they got there if she was dead when he arrived.


They will have to figure out why Hanley hasn’t played his “ace in the hole,” now that he does indeed stand accused of murder.

They will have to explain how the shirt placed on Shipton’s body has bullet holes in it and how they got there if she was dead when he arrived.

But then, to convict, they will have to make sense of why the photos presented in court showed no blood around the bullet holes. They’ll have to accept that neighbors didn’t report hearing a scuffle or gunshots. Prosecutors made no mention Tuesday that anybody saw Hanley in the apartment at the time of the shooting.

In the end, this case will hinge on trust and mistrust and whether DNA and fingerprint evidence is enough to put a man in prison for life, when case files went missing and in the absence of a motive or a murder weapon.

The trial continues Wednesday and is scheduled to run about three weeks.