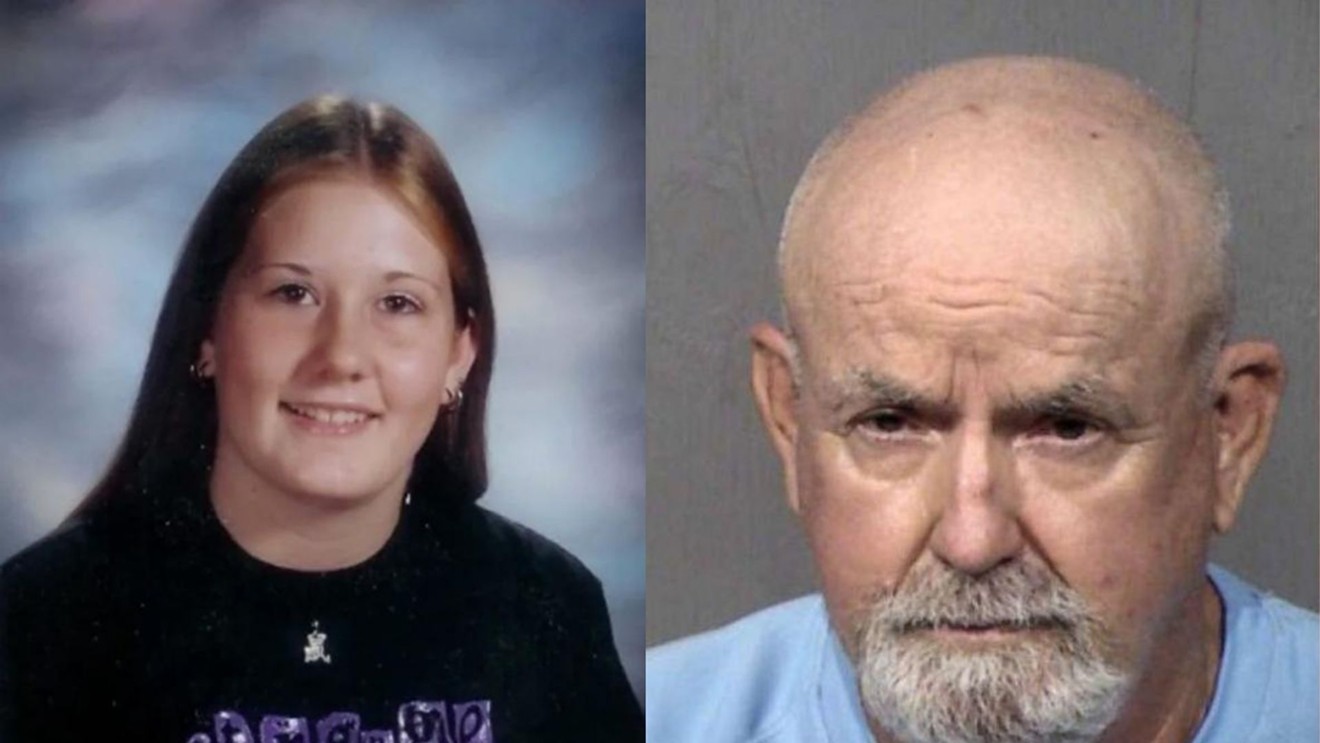 It was the 17-year-old's last day of school at Paradise Valley High School in north Phoenix, but she never came home. There was only a note, and unanswered questions.

For nearly 20 years, Alissa's younger sister, Sarah Turney, searched for answers. And last week, she got them.

On August 20, Alissa's stepfather and Sarah's father, Michael Turney, was arrested on a second-degree murder charge related to Alissa's disappearance.

"I’m shaking and I’m crying. We did it you guys. He’s been arrested," Sarah tweeted last week. "Never give up hope that you can get justice. It took almost 20 years but we did it."

Sarah, who was 12 in 2001, was with Michael the day they found Alissa’s normally organized room in disarray, along with a note that read, “Dad and Sarah, When you dropped me off at school today, I decided I really am going to California. Sarah, you said you really wanted me gone – now you have it. Dad, I took $300 from you. That’s why I saved my money.” 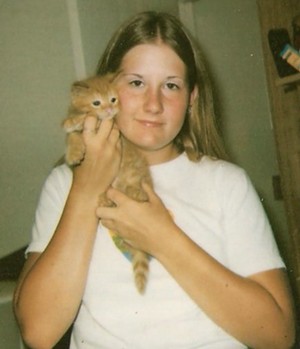 This wasn't immediately suspicious; Alissa had an aunt in California and had talked about wanting to go live with her because she didn’t get along with Michael, who legally adopted Alissa after the girls' mother, Barbara Strahm, died of cancer nine years prior. Michael, who worked as a deputy sheriff for the Maricopa County Sheriff’s Office in the '70s, called police that night anyway and reported Alissa as a runaway.

“I started a website for Alissa like a week or so after she was gone," Sarah said in an interview that took place before Michael Turney's arrest, "so it’s been up for a super-long time." The website asked for leads and tips that could help find Alissa.

In the subsequent years, as the police investigation started to turn cold, law enforcement told Sarah to create a media presence to help keep the case alive. She made Facebook, Instagram, and Twitter accounts with the username “Justice for Alissa.” She reached out to the media and true crime enthusiasts to spread the word, and was able to get a good amount of attention on the case. She even spent a year to raise money and put up a billboard along Interstate 17 near 19th Avenue.

Sarah started a podcast in September 2019 called Voices for Justice, in which she presented information not commonly known by the public or the true crime community, and told the full story surrounding her sister’s disappearance based on the information she had.

“I was really encouraged by the true crime community to [start the podcast],” she said. “It [was] kind of like my last-ditch effort to get this case to move forward.”

To prepare, Sarah wanted to gather all the information the police had on her sister’s disappearance. She went to the Phoenix Police Department with her request for the records and received in return nearly 3,000 pages of publicly released notes and case documents.

“Once I got all the case files, I realized that this story has never been told in full. There’s so much that nobody ever knew,” Sarah said. “I think I went through all 3,000 pages in six weeks. I found so much in the files that I never knew, and I learned so much that I would’ve never expected to find in there.”

Sarah joined the app to help pass the time during quarantine, but it quickly became much more than that.

“I was sitting up late at night worried about the world and needed some type of distraction, so I downloaded the app,” she said. “I started thinking, ‘Maybe this is Alissa’s opportunity.'” She began to advocate for her sister's case on the app.

In the short time Sarah has been on TikTok – the end of April, to be exact – she has gained over 10 million likes on her videos.

Her posts include videos Michael Turney took of Alissa before she went missing, clips of interviews with friends and family about Alissa’s disappearance, and information people may not have known before.

In her first post to the platform, Sarah sits in her office and says, “It’s not easy being the disappointment of the family but somebody had to do it. So here the fuck I am.” The text on her video reads, “When your Dad killed your sister and your family hates you for fighting for his prosecution.”

In another video, her back is turned to the camera as she bops to “The Sign” by Ace of Base, then twirls around in her chair at the verse “I got a new life, you would hardly recognize me,” with the on-screen text: “When police say your only hope of getting your pedophile/domestic terrorist father tried for your sister’s murder is media exposure … but you have crippling social anxiety.”

“It’s so incredibly embarrassing but so incredibly effective,” Sarah said. “I’m just trying to use those TikTok algorithms to spread the word. I take a popular concept or sound and try to apply it to Alissa’s case.”

Alissa’s disappearance was thrust back into the spotlight in 2006 when a man named Thomas Hymer, serving time in prison in Florida for murder, wrote a letter to police confessing to Alissa’s murder. Though the police investigation determined the confession to be a hoax, there were pieces of information and details that made police realize this wasn’t a runaway case.

Police then began to look at Michael Turney in 2008, who had said he picked Alissa up from school the day she disappeared.

Michael was arrested in 2008 after police searched his house and found 26 pipe bombs, a manifesto, and hours upon hours of audio recordings and home videos of him stalking Alissa right up until she disappeared. In one video, a younger Sarah is holding a video tape recording Alissa and Michael, and in the background, Alissa can be heard saying "Dad's a pervert." Police also found contracts Michael allegedly made Alissa sign that stated she had never been sexually assaulted or molested by Michael.

Phoenix police submitted Alissa's case to the prosecutor's office for charges against Michael Turney back in June. On August 19, a grand jury indicted him on one count of second-degree murder, a Class 1 felony, for the death of Alissa. Turney was arrested the next day. (The department has declined to say what evidence prompted the arrest.)

“As county attorney, this is the work that matters. It is why I became a prosecutor,” Maricopa County Attorney Allister Adel said in a press release. “Seeking justice for victims of crime and their families will always be job one for this office. Being a voice for those who can no longer speak for themselves guides this office, every single day, as we seek to do the right thing for the right reasons.”

Adel later said in a press conference that the arrest is "overwhelming, but in a good way. This family has longed for her and to have answers for so long and the Phoenix Police Department worked tirelessly."

Sarah responded quickly afterward on Twitter with an update episode of the Voices for Justice podcast. In a two-minute message, she tearfully thanked her podcast fans and listeners.

"Without you guys, this would have never happened," she said, her voice breaking. "Thank you for being my family and thank you for caring about Alissa as much as I do. This process has been absolute hell. I never wanted to get on media, I never wanted to make my own podcast, but we did it, you guys."

For updates or to hear the journey Sarah went on in bringing justice for Alissa, visit the Voices for Justice website.
KEEP PHOENIX NEW TIMES FREE... Since we started Phoenix New Times, it has been defined as the free, independent voice of Phoenix, and we'd like to keep it that way. With local media under siege, it's more important than ever for us to rally support behind funding our local journalism. You can help by participating in our "I Support" program, allowing us to keep offering readers access to our incisive coverage of local news, food and culture with no paywalls.
Make a one-time donation today for as little as $1.