Earlier this week, Amazon Prime announced that they were greenlighting Marvelous Mrs. Maisel for two seasons, the biggest order in the studio's less-than-10-year history.

It's one of five new shows included in Amazon's bi-annual(ish) "pilot season," during which viewers are encouraged to rate and review to determine the fate of future episodes. The truly marvelous comedy about a housewife turned comic in the 1950s seemed like a shoo-in from the get-go, but the nature of the fan-fueled voting period may have garnered the kind of response that executives were hoping to see.

As more shows than ever are being created, the audience participation model that Amazon has perfected is pretty genius. After all, the results speak for themselves, as shows like Transparent, Mozart in the Jungle, The Man in the High Castle, One Mississippi, Good Girls Revolt, and more got their start by getting enough positive reviews.

This round features fewer shows than usual, but each is a strong contender. We watched and reviewed all five new shows, assessing not only whether they're worth your time but also if they're likely to lead to more episodes. Fire up your Amazon Prime this weekend and jump to these on the front page. 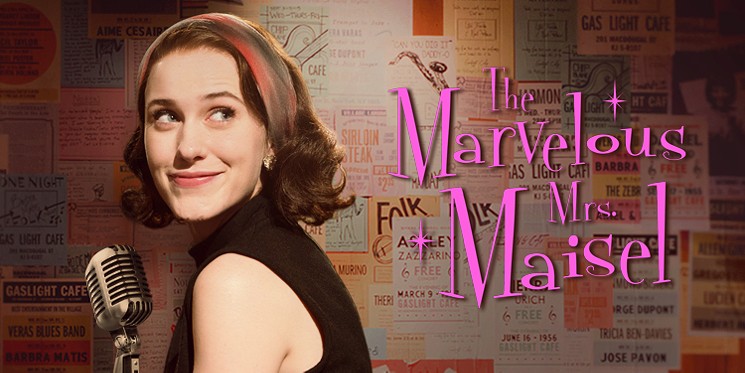 A Sherman-Palladino special? Sign us up.
Amazon
The Marvelous Mrs. Maisel
Starring: Rachel Brosnahan, Michael Zegan, Alex Bornstein
Grade: A+
Created by Amy Sherman-Palladino (of Gilmore Girls fame), this show is unsurprisingly a fast-talking (a Sherman-Palladino special), whimsical time jump to New York City in 1958. It stars Rachel Brosnahan as Miram "Midge" Maisel, whom you might recognize as the much more sullen Rachel Posner from Netflix's House of Cards. In fact, she's almost unrecognizable as the bouncy, beaming Mrs. Maisel, whose biggest concern is what to feed the rabbi when he comes to dinner.

This is quickly eclipsed by some unfortunate news from her wannabe comedian husband (Michael Zegan). As she wanders the city aimlessly to process, she finds herself on the same stage he's performed on, absolutely killing it in front of a crowd that hangs on her every word. The venue's bartender (Alex Bornstein) encourages her to give it a real shot.

It has so much potential for future episodes, as Midge navigates her way through the business while quipping through the upheaval of her personal life. We have little doubt this will be Brosnahan's breakout role, and we're willing to bet her performance here will win her an award or two in the future.

You guys, we love this one. 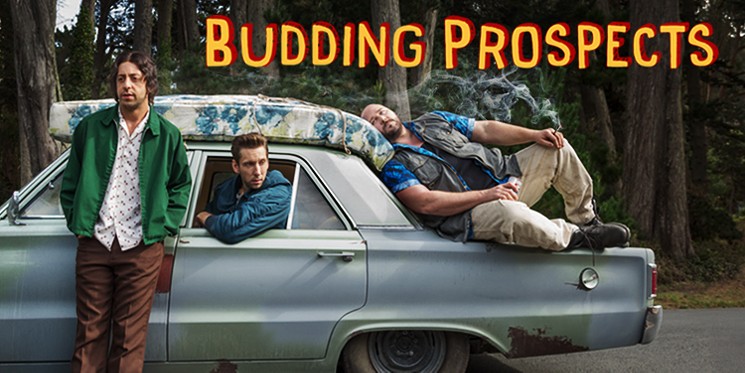 He abruptly quits, opting to spend his time with Phil (Joel David Moore) instead. They end up at an event, where he runs into an old business partner Vogelstein (the always wonderful Brett Gelman) who conveniently offers him a chance to work on a plot of land he's purchased with the intent of growing and selling marijuana.

The rest of the episode is a bit of a snooze, meandering through Joe Swanberg-style endless streams of consciousness. After what seems like forever, Felix and his cohorts decide to make their way up to the farm and that's where we leave them, before anything really happens. Of course, their intention is to have more episodes, but it hardly left us wanting more.

With outstanding shows like High Maintenance tackling the "weed thing" and the overall acceptance of cannabis growing every year, the sexiness of their illicit plight is pretty deflated, even when set decades earlier. 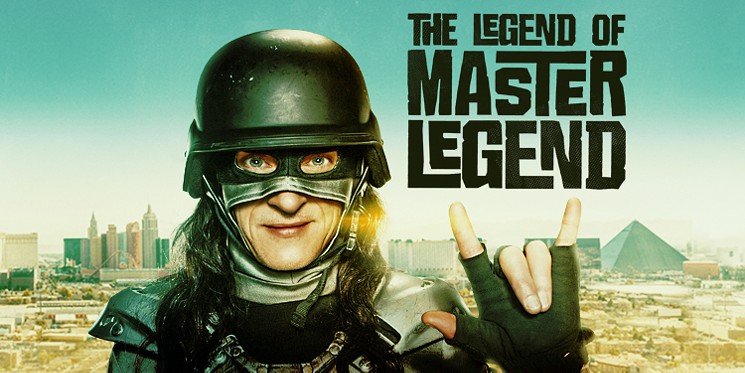 Meet Master Legend.
Amazon
The Legend of Master Legend
Starring: John Hawkes, Dawnn Lewis, Anjelika Washington
Grade: B-
Loosely based on an insanely awesome true story, an almost unrecognizable John Hawkes plays a self-proclaimed "Real Life Superhero," Master Legend. He's a cross between The Room's Tommy Wiseau and The Adventure of Pete and Pete's Artie, The Strongest Man in the World, and decked out in the real Master Legend's signature attire of mostly kneepads and leggings.

Set in Las Vegas, it has all the desert bleakness of Breaking Bad, but with a much lighter tone. Master Legend lives in a storage unit, rigged with a shower and all. He fights minor crime, including foiling a would-be ATM robber, while also doing some good, like passing out bagged lunches to homeless people.

He does so while managing the relationship with his ex Tana (Dawn Lewis) his daughter Cody (Anjelika Washington). He also gets a visit from his recently released felon brother Peanut Head (Shea Wigham), who has been set to serve as the series' main antagonist.

While it laid the groundwork in character development, it's hard to see what the long-term goal is of the show. As of now, the mother and daughter are more compelling than Master Legend. His heart is obvious, but the cartoonish universe he's made for himself makes it hard to connect with him on any real level.

This might be your new fave crude cartoon.
Amazon
The New VIPs
Starring: Matt Braunger, Ben Schwartz, Missi Pyle
Grade: C+
We have to give this show credit for truly coming out of left field. In fact, after the mostly wholesome lovefest that was The Marvelous Mrs. Maisel, it was exciting to see a parental advisory so confidently attached at the beginning of the episode. Believe us, it's every bit as crude than you think it will be.

The story follows a set of disenchanted office workers at a boring company with a ruthless boss who is intent on none of them having any real growth. Sound familiar? It is and it isn't, as they suddenly witness his untimely demise in a compromising position and are forced to figure out how to cover it up.

As more people get wrapped in the scandal, the harder it's going to be for them to get out of it. This certainly sets itself up for a lot of hilarious tension, but for how long? It feels like it would be better suited as a movie rather than a show, but the fact that it's animated does give it a lot more flexibility to try new (and likely disgusting) things.

They seemed to be packing a lot in one episode, with some of the funnier lines lost as they crammed in every last bit of plot into 30 minutes. The nature of "pilot season" may have led them to try and make their case faster than the confidence of a full series order would need to. Perhaps with more character development and other twists, they can leverage a more intentional story.

Not quite Game of Thrones in space, but kinda.
Amazon

Oasis
Starring: Richard Madden, Haley Joel Osment, Anil Kapoor
Grade: B+
First of all, this is not "Game of Thrones in space" just because Robb Stark (Richard Madden) happens to be in it. However, it does tackle an unknown world, after some mysterious event has put Earth (or at least London) in a state of emergency. It's so bad that there are even signs that encourage people to explore the option of euthanasia. The visibly ill wife of Priest Peter Leigh does just that, leaving him to dive into his mission work as the world continues to crumble around him.

He's approached by a messenger for his old colleague, David Morgan (Jonjo O'Neill) who has built a colony on a remote planet where scientists have been working to sustain life. Morgan asks him to come up, although it's not totally clear as to why, given his religious background, amongst people who have lost enough hope in the world that they're trying to build a new one. Nevertheless, he decides to take this calling.

When he arrives, he starts to hear rumblings of unrest, from complaints about Morgan's leadership to the toll the climate has been taking on its new inhabitants. They start to reveal some very dark consequences, even more than what they left behind on Earth. Considering it's based on a novel called The Book of Strange New Things, these occurrences are only the beginning.

Based on the star power alone (surprise, it's The Sixth Sense's Haley Joel Osment!), it's pretty much guaranteed to get a fair shot. Furthermore, it looks like it cost a lot of money, so they better get some use out of those elaborate sets. There's much more story to tell, because well, the book already told it, and the suspense is palpable.