An Anchor to Healing: Brandon Lee, Man of Courage 2023 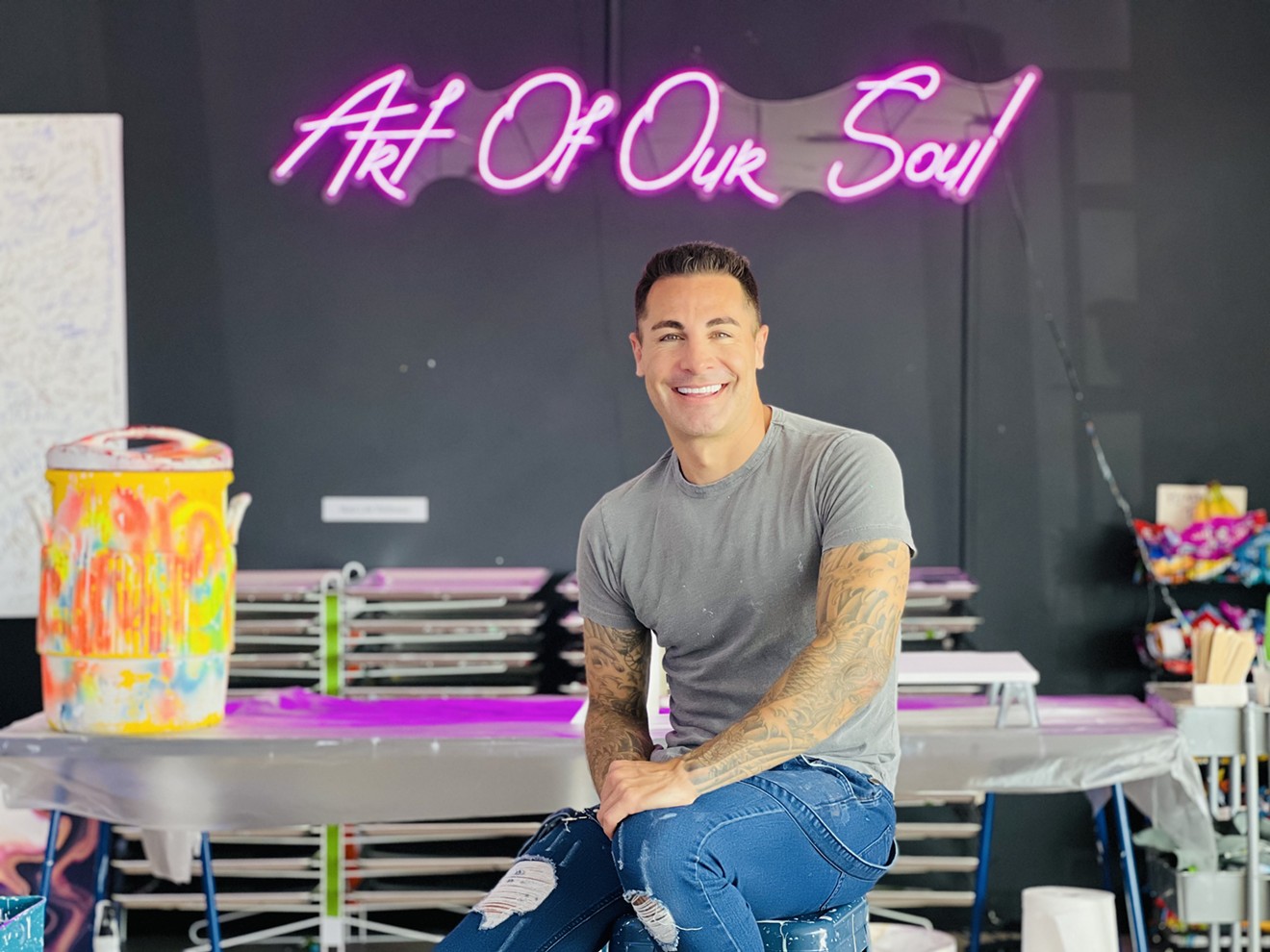 Lee is as charismatic as he is handsome. He’s smart, eloquent, and slightly intimidating, all requirements to be a successful television news personality.

For 22 years, Lee put his life into being a journalist. He graduated from New York University, then went on to anchor the news in Los Angeles, Boston, New York, Atlanta, and finally in Phoenix. He spent 10 years at Arizona's Family, powered by KTVK 3TV and KPHO CBS 5 News.

There’s an admirable gravitas to his oeuvre, one that only comes from dedication and appreciation for the craft. Bad news isn’t easy to deliver live every night; it takes a mental framework that most people don’t possess. For over two decades, Lee made it happen, but what he didn’t know was this path would lead him in another direction. Unbeknownst to him, something special was on the horizon.

Lee is an open book about his past. In fact, he wrote a book about it called Mascara Boy which chronicles his life and times as a sexually abused child. The byproduct of that is trauma, and some people turn to substance abuse to cope with the shame.

As young as 16, Lee started using drugs. It wasn’t until after overdosing and recovering from a bad head injury that left him comatose, did he join a 12-step program in 2010, and began to piece together why he was self-destructing. It looked like a breakthrough. Then COVID-19 hit.

An open book about his past, Brandon Lee proved it with Mascara Boy, his 2019 account that covers some tough times during his life.
Courtesy of Brandon Lee

“Yes, I had about 12 years of recovery at the time and I had so much trauma hit me in 2020 that I relapsed for the first time in 12, 13 years,” he says. “I relapsed for seven hours. The shame that I experienced from that relapse weighed so heavily on me, that I attempted to take my life in January of 2021; obviously unsuccessful. Now, it is at that time in January 2021 where I was still the main anchor in Arizona, but I didn't tell anybody, because how could I tell anybody I relapsed, right? Especially with the job that I had and so, I held it in and it got so dark for me. I didn't see a purpose for me, living anymore. And so when I finally told my therapist that, I began something called shamanism, similar to EMDR [eye movement desensitization and reprocessing] therapy through deep breath work.”

Lee says through this treatment he was able to “get past the frontal lobe of my brain to the lower part of my brain where we store traumatic memories; it's inner child work.” He was able to reprocess his childhood trauma as an adult.

Little did he know this navigation worked and unlocked something that would not only help him but others, too.

“There was a little boy about the age of 10 and he was chucking a can of paint at my head, and he was waking me up, and I didn't know what to make of that dream.”

His shaman told him he was becoming “unfrozen” from his childhood and the “inner child is coming out to play.” The paint can in his dream could be signaling to Lee that his life’s goal as a news anchor — as successful as it was — wasn’t where he should be.

“And so, I went to the art store in April of 2021 and started to create paint as a way for me to heal from my trauma," Lee says. "Well, July 8 of last summer, I woke up in the morning and three words were written on a paper towel on my nightstand: ‘studio, gallery, and school.’ Those three words at the time meant nothing to me.” But it did to his shaman.

He told Lee to hold on to that slip of paper and continue creating art as a way to heal. More would be shown. The revelation came in the form of a disembodied voice that told him to open an art healing studio.

“‘Congratulations. Your life purpose has been revealed, you need to go build this,’” Lee recalls the wise man saying after he told him about the voice. “And so that was July 10 of last summer. On September 27, I left Arizona Family, I walked off the set and I opened the doors to Art of Our Soul on November 1, 2021.”

Using acrylic paints, clients pour different colors onto a surface to make a free-flowing design. Lee says this kind of hands-on art helps people create new neural pathways in their brain “to allow them to, once again, experience joy and allow real true dopamine to be released.”

He says that he helps recovering addicts, and works with clients from Brain Injury Alliance who have suffered traumatic brain injuries.

It’s because of this work and his personal experiences that he is being honored by the organization on January 14, 2023, when an event called the Brainiac Bash will be held at the Omni Scottsdale Resort & Spa at Montelucia.

“The Man of Courage is designed to recognize an individual who has overcome adversity and is now helping others who are struggling with a challenging situation do the same,” Carrie Collins-Fadell, CEO of the Brain Injury Alliance of Arizona, said in a statement. “Brandon is the epitome of this, both helping others and inspiring individuals to see that there is light after dark.”

Although Lee says Phoenix is his home base, he is taking his healing art studios to other cities.

“I am expanding Art of Our Soul into Prescott, Arizona, and into Orange County, California, I have seen what our program has done to change the lives of so many people within nine months that I want to continue to create,” he explains. “I want to continue to create our art program and expand it to offer the same services of healing to other people outside of the Phoenix-Scottsdale market.”

When asked about his journey and who he is today, Lee gives his answer in the first person.

“Today? Brandon Lee is empathetic, compassionate, caring, and hopeful. Brandon Lee sees the glass half full rather than half empty. Brandon sees the beauty of every single person despite their actions or behaviors.”

Ironically, he is still an anchor, but not in the newsroom. For many people recovering from trauma, Lee is the person they consider for healing and recovery through creativity and compassion.
KEEP PHOENIX NEW TIMES FREE... Since we started Phoenix New Times, it has been defined as the free, independent voice of Phoenix, and we'd like to keep it that way. With local media under siege, it's more important than ever for us to rally support behind funding our local journalism. You can help by participating in our "I Support" program, allowing us to keep offering readers access to our incisive coverage of local news, food and culture with no paywalls.
Make a one-time donation today for as little as $1.
Timothy Rawles