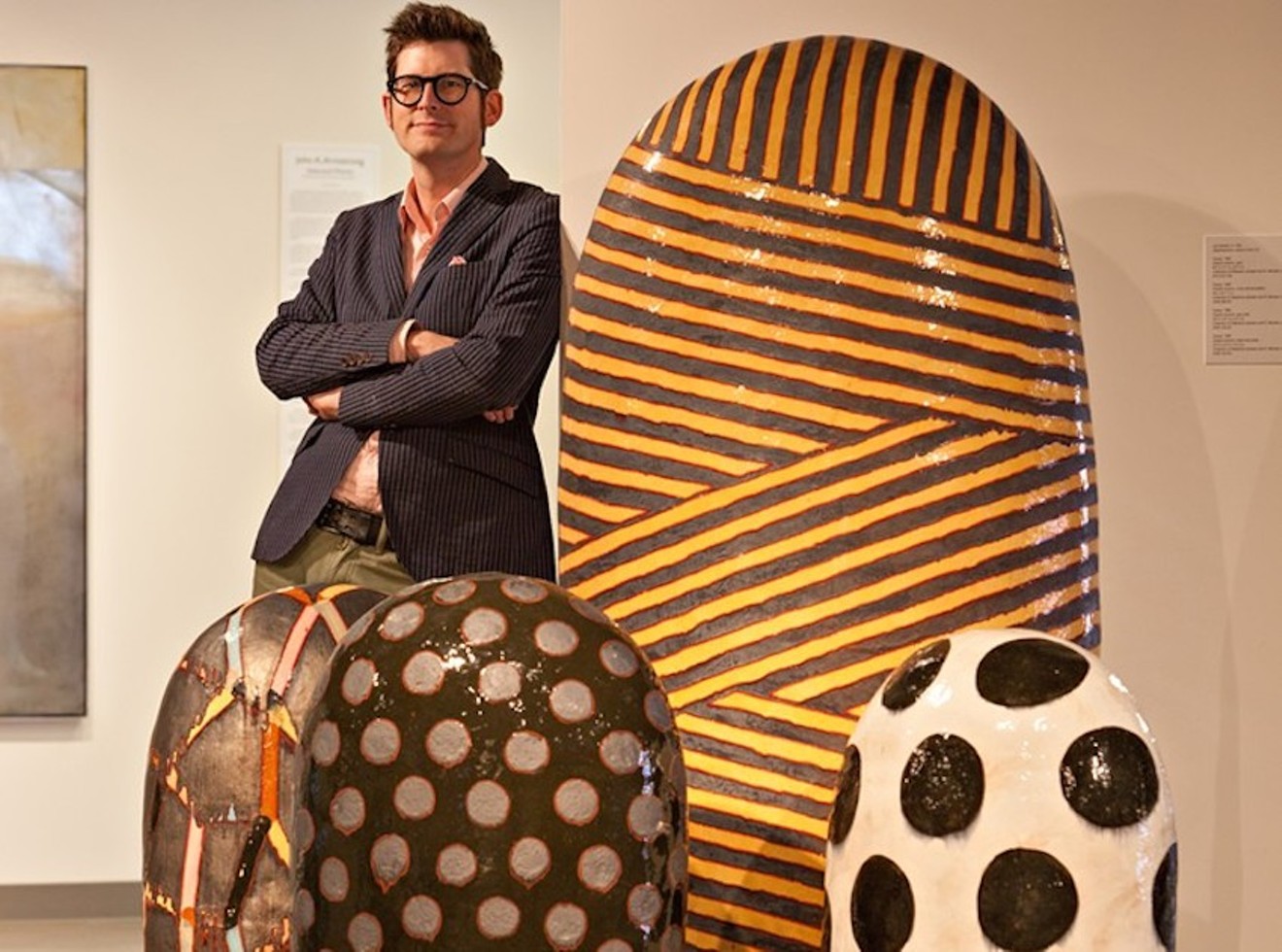 When Johnson's contract came up for renewal, the museum opted not to renew it, according to a museum spokesperson. Museum officials have not shared the reason for the decision. But museum director Miki Garcia sent a statement to Phoenix New Times by email on Friday, April 27.

“We thank Garth Johnson for his service to the museum – he was a champion of our ceramics collection, and we are grateful," Garcia's message said, in part.

The Ceramics Research Center opened in 2002 and has a collection of more than 4,000 pieces. It presents several exhibitions each year, and has open storage so visitors can view objects in the collection.

Johnson announced the news with a lengthy public post on his Facebook page on Saturday, March 31. "I wanted to let you know that I have parted ways with the ASU Art Museum Ceramics Research Center," the statement begins. "Serving as the curator of ceramics there has been the most fulfilling and rewarding experience of my life."

Johnson had served as curator for the Ceramics Research Center since December 2014. He replaced founding curator Peter Held, who retired in June 2014. In his Facebook announcement, Johnson praised Held for "blazing the trail," and he also thanked the artists, collectors, and museum staff who "lent their support and energy for the ceramics center."

The former curator hasn't responded to Phoenix New Times' requests for comment as of this writing.

However, Johnson hinted at his future plans in a portion of his March 31 post:

"I’m looking forward to taking some restorative time off to spend time with my family and work on fixing my health issues. I’ll also be dusting off some writing and research projects and formulating our next adventure… a couple of great opportunities in the near future have already presented themselves. Stay tuned."

A museum spokesperson says they will be initiating a search for Johnson's replacement in the near future.