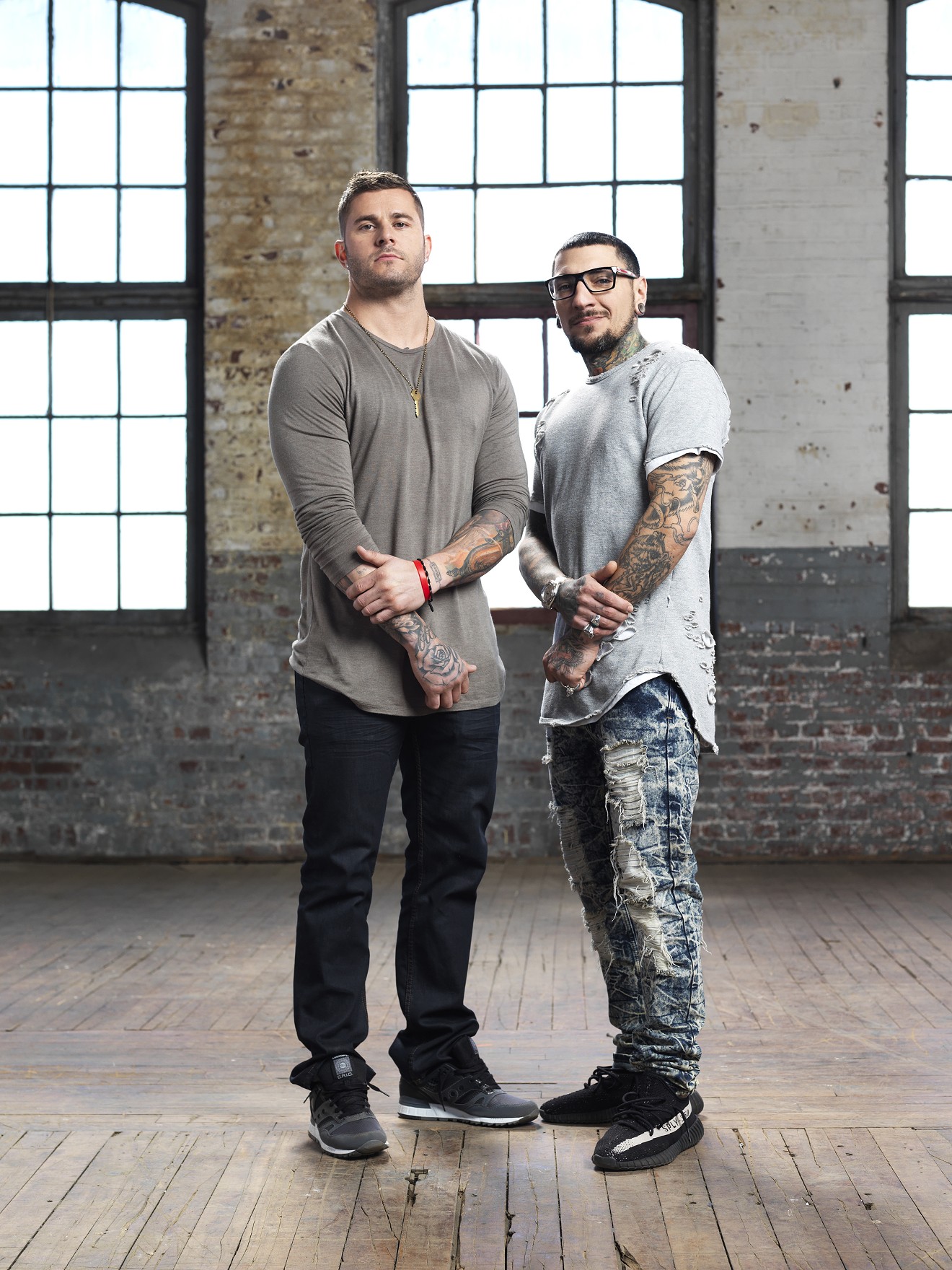 Bubba Irwin (left) and DJ Tambe (right) are taking the world by storm through a popular TV show. Spike TV
If you’re one of the millions of people who tune in to Ink Master on Spike every Tuesday evening, you’re probably already familiar with the names Bubba Irwin and DJ Tambe. As the Scottsdale-based team currently dominating the popular reality TV show, the Old Town Ink duo have made the Valley proud week after week.

Like every other team on this season of Ink Master, Irwin is a returning veteran of the series, while Tambe is the newcomer. And though the former — who's also the local shop’s owner — is already a known commodity thanks to his previous time on the show, Tambe himself is far from a rookie in the tattoo industry. Even after over 20 years as a tattoo artist, the traveling artist still can’t forget his humble beginnings.

“I was kind of an out-there kid, and I was interested in stuff like skateboarding and art ever since I was real young,” Tambe says. “I got a tattoo myself when I was about 14, and then I went to school with it where all my friends could see it. Then I started tattooing my friends out of their houses, and I just got started from there.”


As far as Tambe has come from tattooing his teenage friends in their parents’ homes, the veteran tattooer still sees Ink Master as a possible turning point in his career. He's been featured in a couple of smaller television programs, but there are few opportunities in tattooing as grand as starring on a major cable network’s hit show. For all of the flak the show may catch for some of the misrepresentations of tattooing, the boost in popularity its participants get is undeniable.

“I’ve been trying to get on Ink Master since season two, so this is awesome,” Tambe says. “I’ve done some other TV stuff before, so I’m a little bit used to it, but this opens a lot of doors and has just been very positive.”

While some tattooers may struggle with the time limits and other impediments the show throws at the artists, the only issue Tambe has encountered is this season’s new twist that both artists on the team must work on a single tattoo.

Of course, Tambe wouldn’t have agreed to do it if he and Irwin weren’t already good friends and confident in each other’s work, but that doesn’t mean it’s easy for either artist to give up the reins on their own artwork halfway through the process.


“The time limits and stuff like that have never bothered me, so it’s kind of like a normal day for me,” Tambe says. “I’m used to working and creating stuff pretty fast, so that was nothing really new. Being under the eye constantly and the whole partner thing were the hardest things for me. Being in the middle of a tattoo and then having to get up, switch, and give your art to somebody else is pretty crazy.”

Considering that he was tattooing long before the medium was ever on television, Tambe has watched as his career and livelihood has gone from a subculture frowned upon by the masses to the subject of one of the highest-rated shows on cable. But rather than focusing on the popularity and journey into mainstream culture, the tattoo artist who splits time between Scottsdale and Las Vegas is far more interested in how tattooing has improved as an art form. Gone are the days when tattooing was simply a trade for bikers and gang members. Now, it’s considered as artistic as any other style you might see in a museum.

“I’ve seen it to turn into a better medium of art,” Tambe says of how tattooing has changed over the last two decades. “I’m seeing things now that people didn’t think were possible back then or that would take two years to paint and we’re turning it around in five or six hours. It’s grown into this huge art form and it’s not frowned upon anymore. It’s pretty crazy.”