The nonprofit organization focuses on “the cultural and spiritual heritages of the Latino and Indigenous Peoples of the Americas." It was founded as Xicoindio in 1975, and opened its first gallery space in 2008.

Valdés was executive director for Xico when the organization left its Chandler location in 2013, then relocated in 2014 to a business center in south Phoenix. In October 2014, Xico presented its first exhibition in the new location, which includes exhibition, studio, event, and office space. 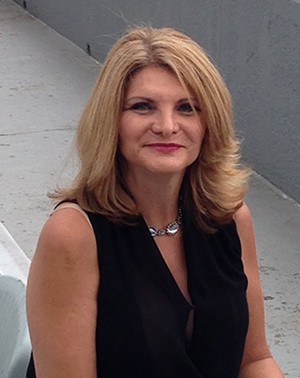 Donna Valdés is back at Xico, Inc.
Courtesy of Xico, Inc.
After Valdés left Xico, the nonprofit hired Laura Wilde as executive director. Wilde served in that position just a short time, from January 2017 to May 2018. But she increased Xico’s presence in downtown Phoenix, by participating in Art Detour and securing a one-year agreement for Xico to program a trio of shipping container galleries in Roosevelt Row.

In May, Wilde joined Mesa Arts Center as studio manager, where she oversees about 1,000 visual and performing arts classes each year, and works on a wide range of arts education programs.

"Donna is really the only person with the background and talent to bring Xico into the future," says Alejandro Pérez, president of the organization's board of directors. "We want to find or create more professional development opportunities for our artists, so they can gain more entrepreneurial knowledge and exposure," Valdés says. Valdés hopes to engage more volunteers, as well.

But she's also eager to help artists find more places to show their work. "Our arts community has really exploded in the last year, so we want to work with community partners to expand our reach for exhibitions," Valdés says. "We'll also continue to do exhibitions here."

She'll be working to build infrastructure, too. Valdés is open to changing locations once their current lease expires in another year or two, and she's also thought about launching a Xico satellite. "We'll review everything with the artists and look at our vision," Valdés says of possible changes.

"We want to focus on what makes us strong," Pérez says. "A lot of it will mean looking at everything with fresh eyes."
KEEP PHOENIX NEW TIMES FREE... Since we started Phoenix New Times, it has been defined as the free, independent voice of Phoenix, and we'd like to keep it that way. With local media under siege, it's more important than ever for us to rally support behind funding our local journalism. You can help by participating in our "I Support" program, allowing us to keep offering readers access to our incisive coverage of local news, food and culture with no paywalls.
Make a one-time donation today for as little as $1.