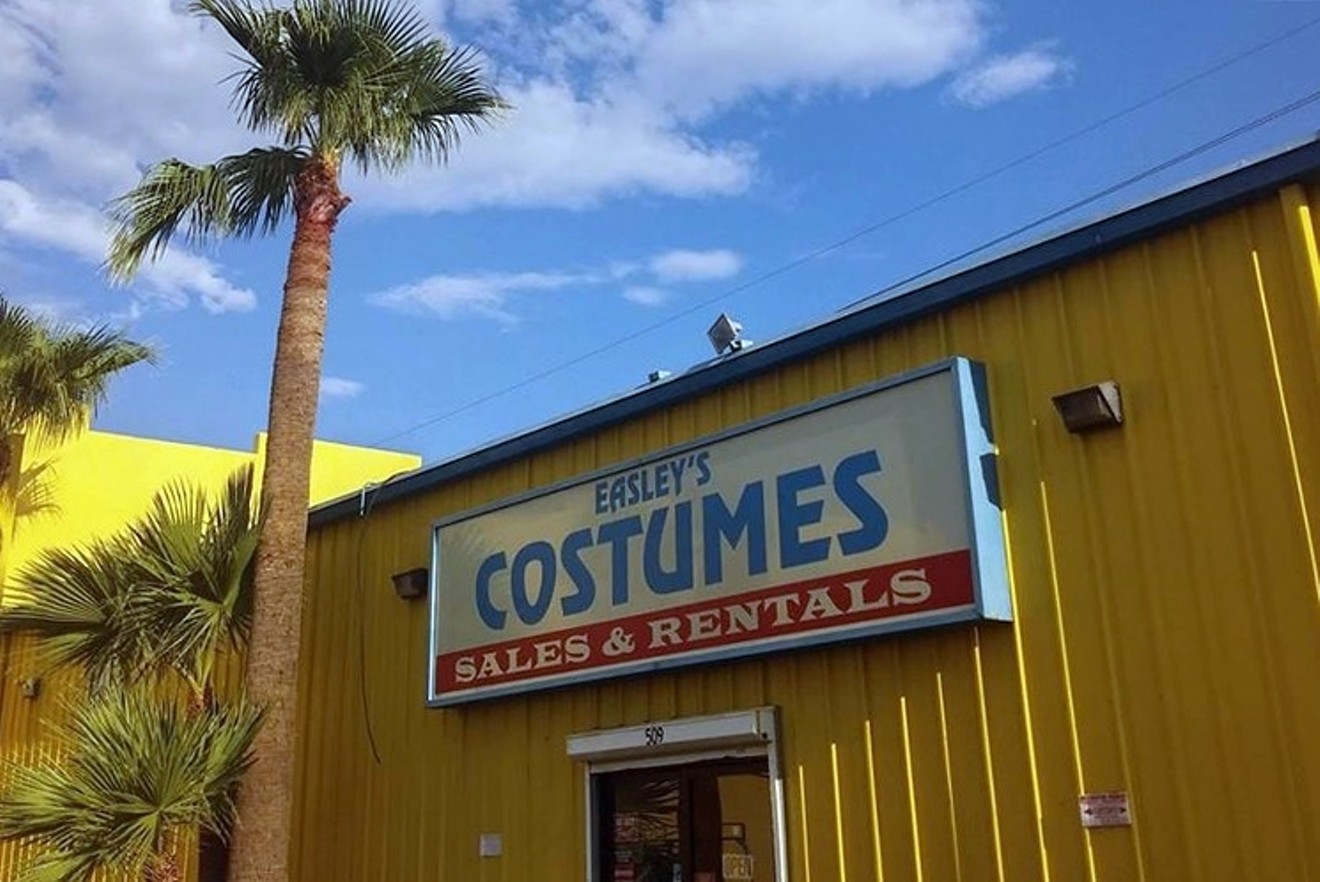 The owners of Easley's Fun Shop have announced some major news, and it's definitely going to be a bummer to their customers and fans.

Run by the Easley family since the 1940s, the beloved costume shop will shut its doors by the end of 2018.

A post to the store's Facebook page on Friday, April 6, announced the closing, which will take place after one final Halloween season.

“After 72 years of being a family business, we have decided to just be a family. This will be our last Halloween,” the post reads. “Thank you for all your love and support over the years. We have loved being part of your lives.”

General manager Debbie Easley echoed the bittersweet statement when discussing why her family is closing the legendary store, located in an iconic two-story yellow building on McDowell Road and Fifth Avenue.

“It was just time,” she says. “We've been a family business and had this property a long, long time – more than 70 years now – but so much has changed. We've had a lot of great memories here, but before it's too late, it'd be nice to just be a family. We feel like it's the right thing to do.”

Multiple factors were involved in their decision, Debbie says, including competition from online retailers. The more important issue, she says, is that her parents, owners Herb and Carol Easley, are getting on in age.
“He's in his early 80s and she's in her 70s, and it's just been getting harder for them,” Debbie says. “They live upstairs and if they can sell this property, they can buy a little house somewhere and never have to worry about a store or what they'd have to do if something tragic happened. And if my parents needed some physical help, I couldn't be there and help them and also run the store at the same time.”

Debbie says the Easley's building will be going on the market sometime in the next week. They're planning to keep things open until the end of 2018. 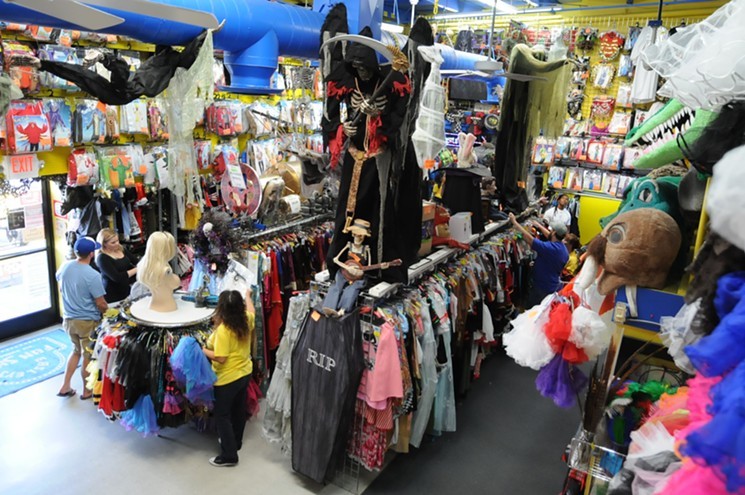 The interior of Easley's Fun Shop.
Benjamin Leatherman
The store dates to 1946 when the late Bert Easley, a retired Vaudeville performer and Debbie's grandfather, opened a small magic shop in the heart of downtown Phoenix. A couple years later, the store relocated to its current home on McDowell Road.

Easley's gradually expanded to include gag gifts, novelties, theatrical makeup, and costuming over the years while also growing in size.

“Everything's changed so much around here,” Debbie says. “When I was little, it was like this small store and then we added the warehouse and other things and just kept on building on it.”

Over the decades, it's grown into one of the largest independent costume shops in the U.S. with an estimated 15,000 costumes available for sale or rent. It's also become a downtown institution and a go-to spot for cosplayers during the annual Phoenix Comic Fest and the LGBTQ community during events like the recent Pride celebration.

“The gay community has always been so supportive of us,” Debbie says.

Easley's has also done big business during the annual Halloween season, which is one of the reasons why they're staying open through year's end.

“We're going to be around for Halloween and we're still going to do [Comic Fest], which is so much fun,” Debbie says. 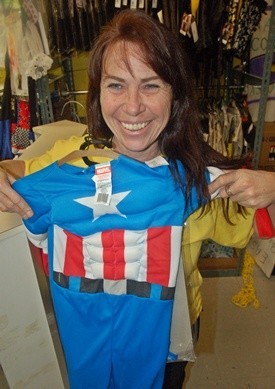 Debbie Easley
Benjamin Leatherman
Easley's, like other mom-and-pop costume stores, has faced increased competition from online retailers in recent years. Some haven't been able to survive, like the now-defunct Groovy Ghoulies Costumes in Mesa, which closed last fall.

"How do you compete with online? It's been really hard,” Debbie says. “I've got people coming into my store that asking, 'Do you have this costume? I want to try it on because I want to buy it online somewhere.' It's like, 'What? Get out of my store.' It's crazy."

Debbie says that her family decided to close the store before things got any worse for them financially.

“The last thing I'd would ever want to do is go out bankrupt,” she says. “So I'm going to pay all my bills, see everybody, and stay as involved in my community as possible. Because I was born here and I love Phoenix so much.”

And she might keep selling costumes in the future. Debbie says she's considering opening pop-up stores similar to Spirit Halloween  in the future.

“You never know,” she says. “This has been such a good thing for my family over the years, so I may want to keep doing it."

At the moment, however, she's feeling bittersweet about the closing of her family's store. It's been the center of her world for her entire life, she says.

“My grandfather started this business 72 years ago and there are values that he taught me that our family still believes in,” she says. “I've had so many positive things happen to me because of Easley's Fun Shop. I'm so grateful for so many wonderful people and groups. It's been a great ride.”

Ultimately, she says, they're making the right decision.

“It's heartbreaking because we're all a little sad and scared about what's going to happen, but I think it's going to be for the best,” Debbie says. “It's the right thing to do for our family. We'll be okay.”