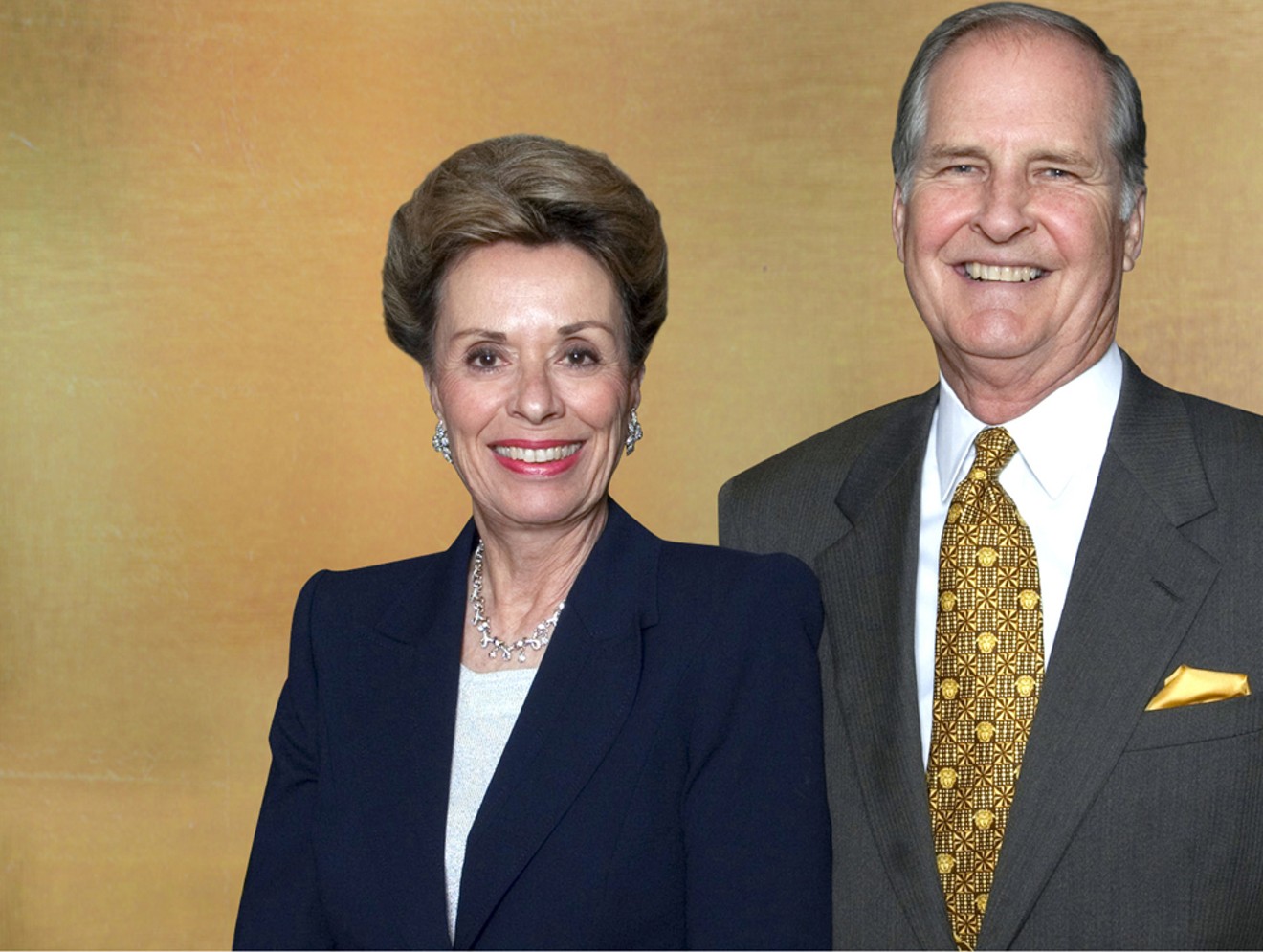 Jeanne and Gary Herberger, who have a long history of arts philanthropy. ASU Now
Longtime arts and education philanthropist Gary Herberger died on Tuesday, February 28, at the age of 79. One of the last architects to apprentice with Frank Lloyd Wright, Herberger also ran a real estate development firm called Herberger Enterprises. He's survived by his wife, Jeanne.

Herberger was part of a renowned philanthropic Phoenix-area family headed by Robert and Katherine Herberger, who passed away in 1999 and 2003, respectively. Gary continued that legacy, along with his brother Judd and his wife, Billie Jo. The family name graces several Valley buildings, from the Herberger Theater Center to the Salvation Army Herberger Campus.

As a Wright apprentice, Herberger worked on the Guggenheim Museum in New York City and Grady Gammage Auditorium in Tempe. Still, he's best known for his generosity to Arizona State University. Herberger and his wife, Jeanne, donated more than $40 million to ASU, including $12 million that launched the transformation of ASU’s School of Fine Art into the Herberger Institute for Design and the Arts.

Today the Herberger Institute for Design and the Arts is the nation’s largest and most comprehensive program of its type, says Steven J. Tepper. Tepper has served as the institute’s dean since 2014.

That contribution alone affirms the magnitude of his impact, Tepper says.

But Herberger also contributed to the success of several additional programs at ASU – including the Gary K. Herberger Young Scholars Academy for gifted students located at ASU West, and the Master of Real Estate Development program in ASU’s W.P. Carey School of Business.

In addition to donating money, Herberger often volunteered his time. Both he and his wife served as trustees of the Frank Lloyd Wright Foundation for a decade. The Foundation shared news of Herberger's death on its Facebook page on Wednesday, March 1. That post reads in part: "We are grateful for Gary's impact on the Taliesin community, the Frank Lloyd Wright Foundation and the state of Arizona."

Recalling decades of community involvement, Tepper praises Herberger for more than his philanthropy.

“Herberger was an enlightened developer who cared about responsible development,” Tepper says. “He was very interested in the future of Phoenix, and the importance of good design and sustainability."

On the evening of Saturday, March 11, Herberger Theater Center will replicate a Broadway tradition by dimming its lights for a full minute in Herberger’s honor.

Editor's note: This post has been updated from its original version with information about Herberger Theater Center's tribute.