The scene out on Yucca Tap's patio during The Blunt Club's anniversary last year. Benjamin Leatherman
New week, new plans. This week, you can celebrate hump day the right way at Hump Day Burlesque, get competitive during Video Game Game Show, and meet your favorite dancers at Ballet Arizona Fan Fest. For more things to do, visit New Times’ calendar.

That time The Doors' Ray Manzarek grabbed a beer in Tempe.
Bruce Liddil

Bruce Liddil moved to Tempe in 1970 so he could attend ASU. He then spent over four decades photographing everyday goings-on around town. At the time, that included popping into a record store called Odyssey, where he once spotted Ray Manzarek of The Doors holding a beer, and seeing live music at Sun Devil Stadium, where he photographed the concert made famous in the 1976 film A Star is Born. Now, Liddil’s photographs are featured in the “Time Fades Away” exhibit at Tempe History Museum, 809 East Southern Avenue, Tempe. Check it out on Tuesday, August 20, when museum hours are 10 a.m. to 5 p.m. Admission is free. Lynn Trimble

Never hurts to stop by the book bar.
Lynn Trimble

Long and Short of It Book Club

Every other month, readers converge on Changing Hands Bookstore for the Long and Short of It Book Club, which pairs a book and a collection of stories that share a common theme. This month, they’ll discuss two titles by Chanelle Benz, and anyone is free to join them. The Gone Dead imagines a young woman discovering family secrets during a return to her childhood home in the American South. The Man Who Shot Out My Eye Is Dead explores “lives across history marked by violence and longing.” Head to Changing Hands, 300 West Camelback Road, at 7 p.m. on Tuesday, August 20, if you want to take part. The event is free. Lynn Trimble

Games have been around for thousands of years, perhaps starting with simple dice and sticks made of materials like wood and stone. Even after the advent of video games, board games remained a mainstay of leisure time for families who just wanted an affordable way to relax together, albeit with a bit of fun competition thrown into the mix. If it’s been a while since you’ve bonded over Battleship or Scrabble, it might be time to head over to Bookmans Entertainment Exchange, 1056 South Country Club Drive, Mesa. They’re having a free Family Board Game Night from 6 to 8 p.m. on Wednesday, August 21. You can bring your own snacks and drinks; just promise that you’ll play nice and not unleash the crocodile tears if your kids beat you at a game of checkers. Lynn Trimble

If you’re only going to The Lost Leaf for First Friday concerts and art exhibits, you’re not doing it right. They’ve also got a robust lineup of offerings from poetry to burlesque performance, which you should be checking out other nights of the week. Beat the midweek slump on Wednesdays, when they present Hump Day Burlesque. It’s happening at 9 p.m. on August 21, which means you can have your fun at The Lost Leaf a full two days before people who only hit Roosevelt Row on First and Third Fridays get their acts together. Expect an eclectic mix of burlesque and vaudeville performance, which might just make you forget that Thursday even exists. Lynn Trimble

Gazing at the glass scrim wall that surrounds a portion of Scottsdale Museum of Contemporary Art, it’s hard to imagine the building once housed a movie theater. It’s evidence of the transformative power of glass, something you can experience with the museum’s “Divergent Materiality” exhibit as well. Head to SMoCA, 7374 East Second Street, Scottsdale, between 11 a.m. and 8 p.m. on Thursday, August 22, to see a diverse array of glass works created by dozens of artists from Dale Chihuly to Charlotte Potter. The artists draw inspiration from nature, graffiti culture, social media, and more. Museum admission is free on Thursdays. The exhibit continues through October 13. Lynn Trimble

If dance styles were beverages, flamenco would be the energy drink. It’s a stunning marriage of music and movement, as evidenced by musician Chris Jácome and choreographer Lena Jácome. Based here in the Valley, Jácome Flamenco have performed on national and international stages. But you can see them right here, at Chandler Center for the Arts, 250 North Arizona Avenue, Chandler. The creative couple’s Sol y Luna, featuring flamenco dancers performing to live music and song, is part of the center’s free summer concert series. Check it out at 7:30 p.m. on Friday, August 23. Doors open one hour before showtime, so arrive early to snag the best seat. Lynn Trimble

Enter here for the Phoenix Center for the Arts open house.
Lynn Trimble

Phoenix Center for the Arts

You’ve probably passed by Phoenix Center for the Arts countless times on your way to festivals at Hance Park or First Fridays in Roosevelt Row. If you’ve never popped in to see what the center has to offer, stop by during the free open house happening from 9 a.m. to 1 p.m. on Saturday, August 24. The center is located at 1202 North Third Street, and it’s easy to spot — thanks to a colorful mural that raises awareness about poverty. The center is offering free art and dance workshops for family members of all ages. Talk about rolling out the welcome mat. Lynn Trimble 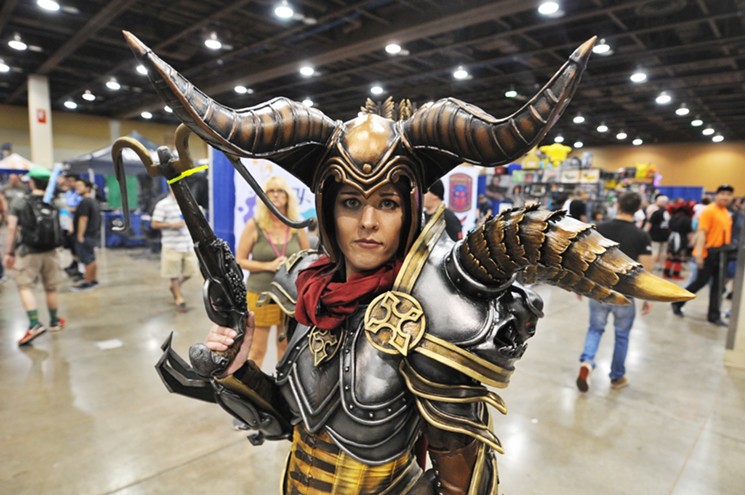 Ever feel like your friends or family don’t fully appreciate your massive brain power when it comes to video games? It’s game on at Bookmans Entertainment Exchange Mesa, 1056 South Country Club Drive in Mesa, where geeks will rule during the Video Game Game Show happening from 2 to 4 p.m. on Saturday, August 24. Teams of four will be competing, answering trivia questions with a hefty dose of audio and visual clues. The family-friendly event includes three rounds, and each round likely will last 20 to 40 minutes. You don’t know what you don’t know, so this is a fun way to up your video game IQ while meeting fellow game connoisseurs. Lynn Trimble

Hip-hop has exploded in popularity over the last few years, and its influence is everywhere, from Kendrick Lamar winning the Pulitzer Prize to Beyoncé and Donald Glover starring in The Lion King reboot (well, their voices, but you get our point). Yeezy’s sneakers are still a hot commodity that sell out in minutes. The rest of the world may (finally) be catching on to hip-hop’s awesomeness, but it’s nothing new for the Valley’s longest running hip-hop night, The Blunt Club.

Get into the groove during The Blunt Club’s 17-year anniversary at Crescent Ballroom, 308 North Second Avenue, on Saturday, August 24, from 10 p.m. to 2 a.m. This free 21-and-over event includes a live performance by The Stakes and resident DJs Pickster One, M2, Tricky T, Fact135 and Melo. Melissa Fossum 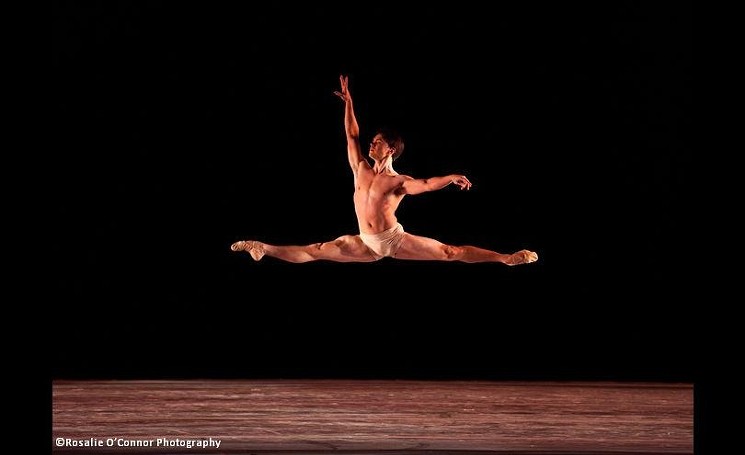 If you think ballet is all about tutus and floating across the stage, you’re not spending enough time at Ballet Arizona performances blending artistry with athleticism. Get to know your local ballet company by attending the free Ballet Arizona Fan Fest, taking place from 1 to 4 p.m. on Sunday, August 25. It’s happening at Ballet Arizona, 2836 East Washington Street, where you can meet the dancers, take mini dance classes, try a freeze-dance competition, tour the facility, and check out the selfie station. If all that dance makes you hungry, hit a selection of local food trucks. Register in advance if you want to get a better place in line. Lynn Trimble
KEEP PHOENIX NEW TIMES FREE... Since we started Phoenix New Times, it has been defined as the free, independent voice of Phoenix, and we'd like to keep it that way. With local media under siege, it's more important than ever for us to rally support behind funding our local journalism. You can help by participating in our "I Support" program, allowing us to keep offering readers access to our incisive coverage of local news, food and culture with no paywalls.
Make a one-time donation today for as little as $1.
Melissa Fossum
Contact: Melissa Fossum