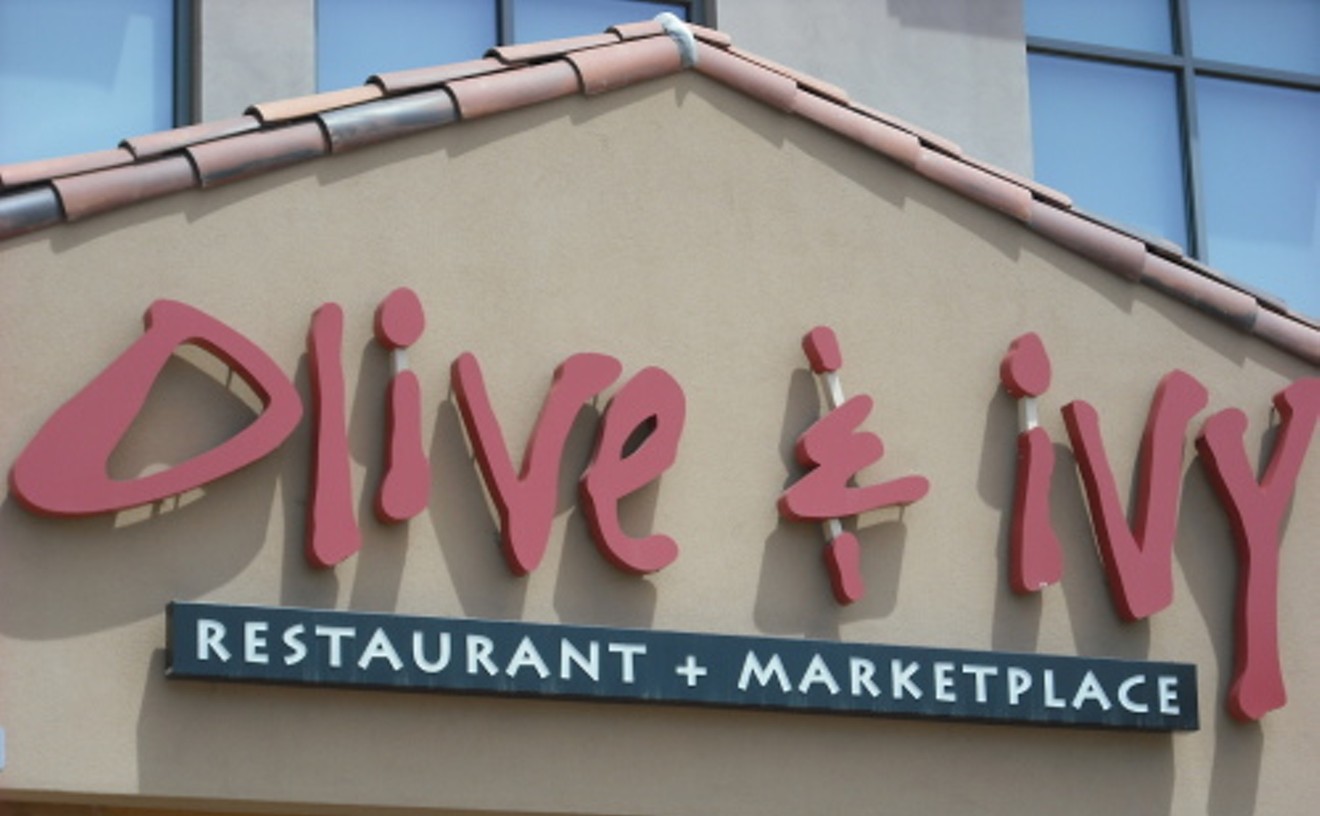 We usually go to this ravishing canal-side eatery to see and be seen not to drown our sorrows. But then we stumbled onto a gorgeous new twist on the classic margarita that has us second-guessing our sobriety. The white peach and hibiscus margarita is a lovely soft pink, served on ice in a tall glass. But dont let its pink-lemonade looks fool you: This drink packs a tasty punch, with subtle tequila blanco, hibiscus syrup, and such an authentically delicate white peach flavor that you could never mistake it for the cloying nectar you get in a can. Its the perfect drink for a special occasion but down too many, and itll be an occasion you wont want to remember (not that youd be able to). 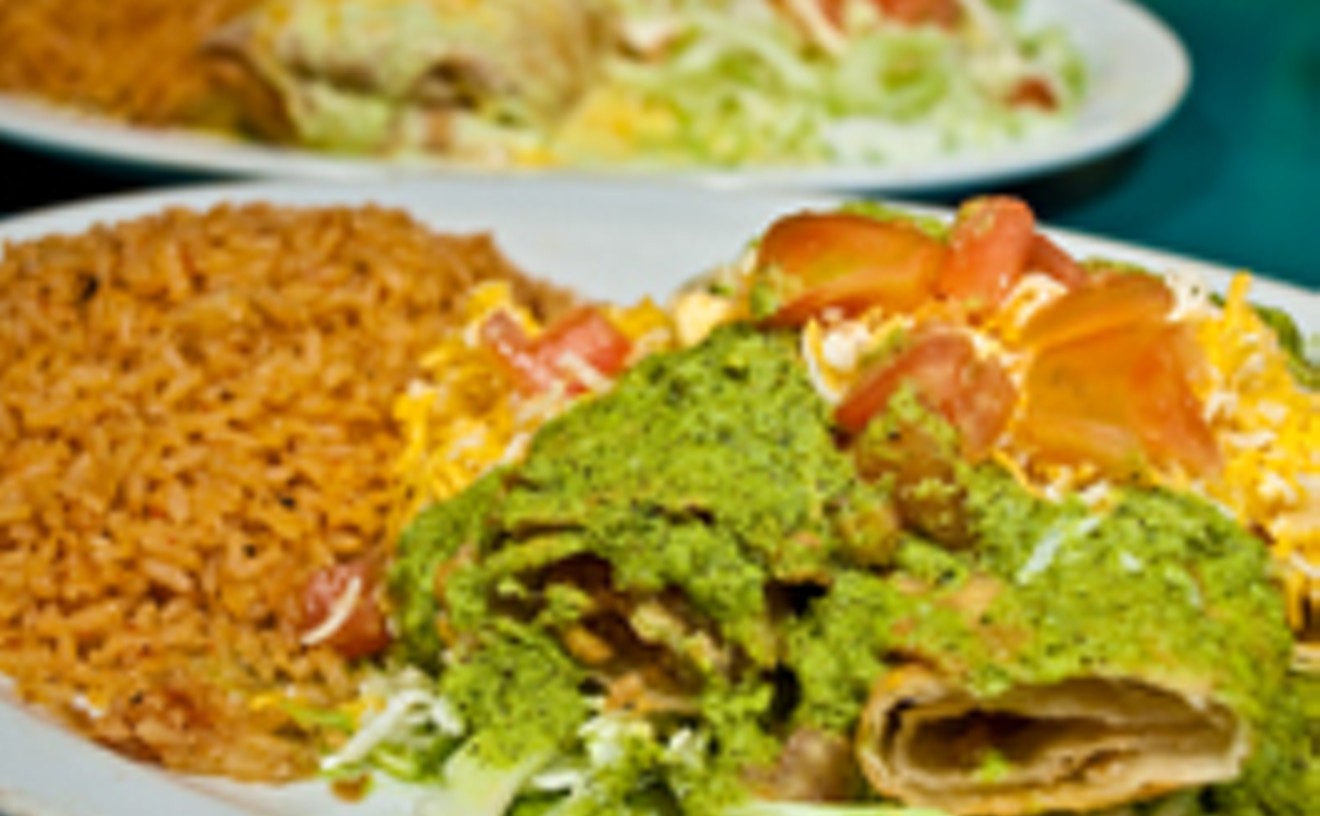 With the economy dragging, we've become a little less shy about pinching our pennies in public. If we're hitting a bar or a club, then we're pre-gaming at the Circle K around the corner with our friend, the tallboy. If there's something a bit dressier popping, we're filling our flask and hitting the lavatory to indulge between slow sips of overpriced wine at the table. Thankfully, Mi Patio exists to alleviate some of our shame. Their $1.75 margaritas are a good way to drink in the company of others with no shadiness. The refreshing cocktail of choice at the Mexican grub house is like our cad-in-arms, Hugh Grant — it doesn't necessarily pack a huge wallop, but it certainly does the trick. At the cost of your average 24-ounce beer cannon, you can actually afford to have a few and act the fool. 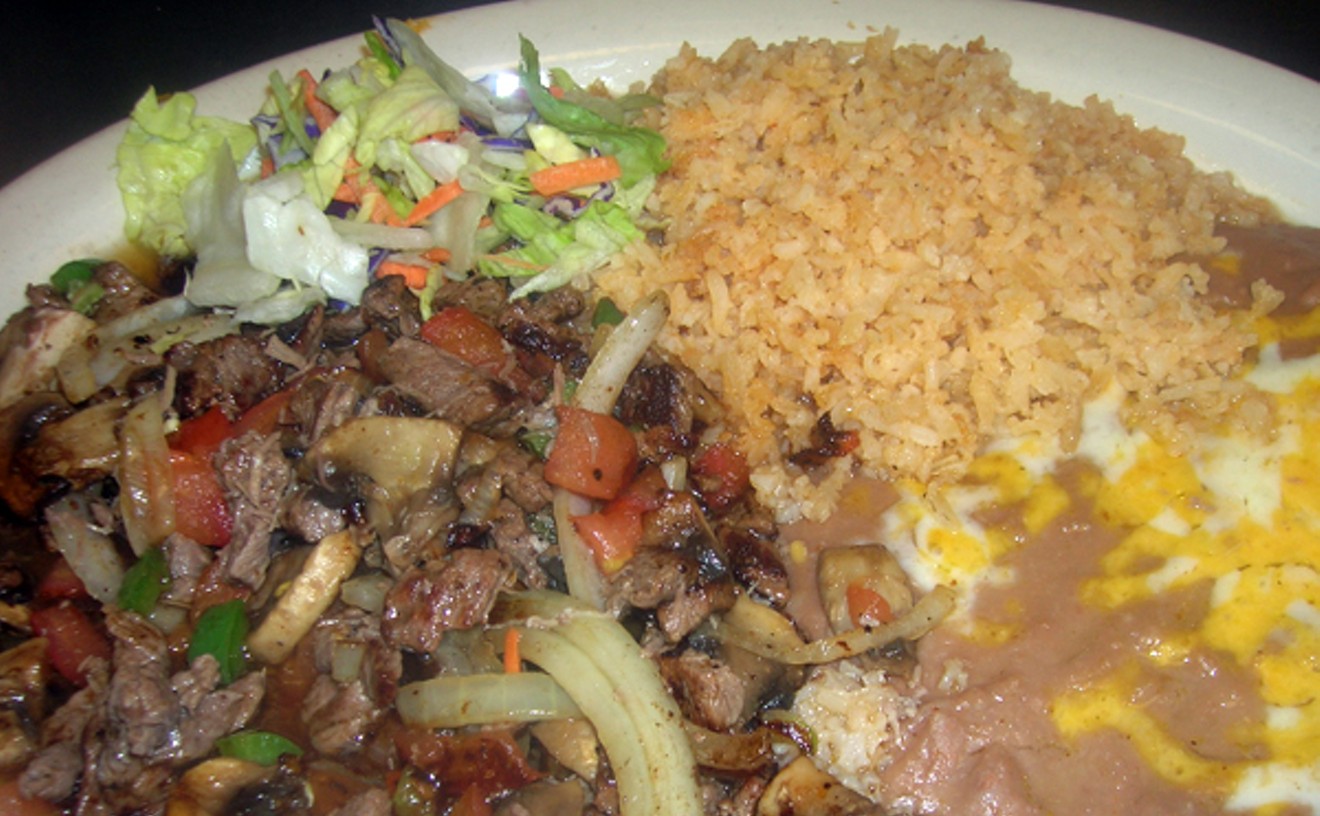 The margarita can be a tricky mistress. Ordering one on a per-glass basis, really, is only going to lead to one or two more. So, you might as well ante up and go hard with a full pitcher. That goes double if you're cavorting with friends. And if it's been a hell of a week for your crew, then you should probably triple up. If you do resort to ordering margaritas by the pitcher, then we can give no greater recommendation than the cocktail that Oaxaca slings by the gallon. Its homemade margarita concoction is a bit more limey than the average margarita around town — but who wants average?

Best Use of Horchata

The White Rabbit at SideBar 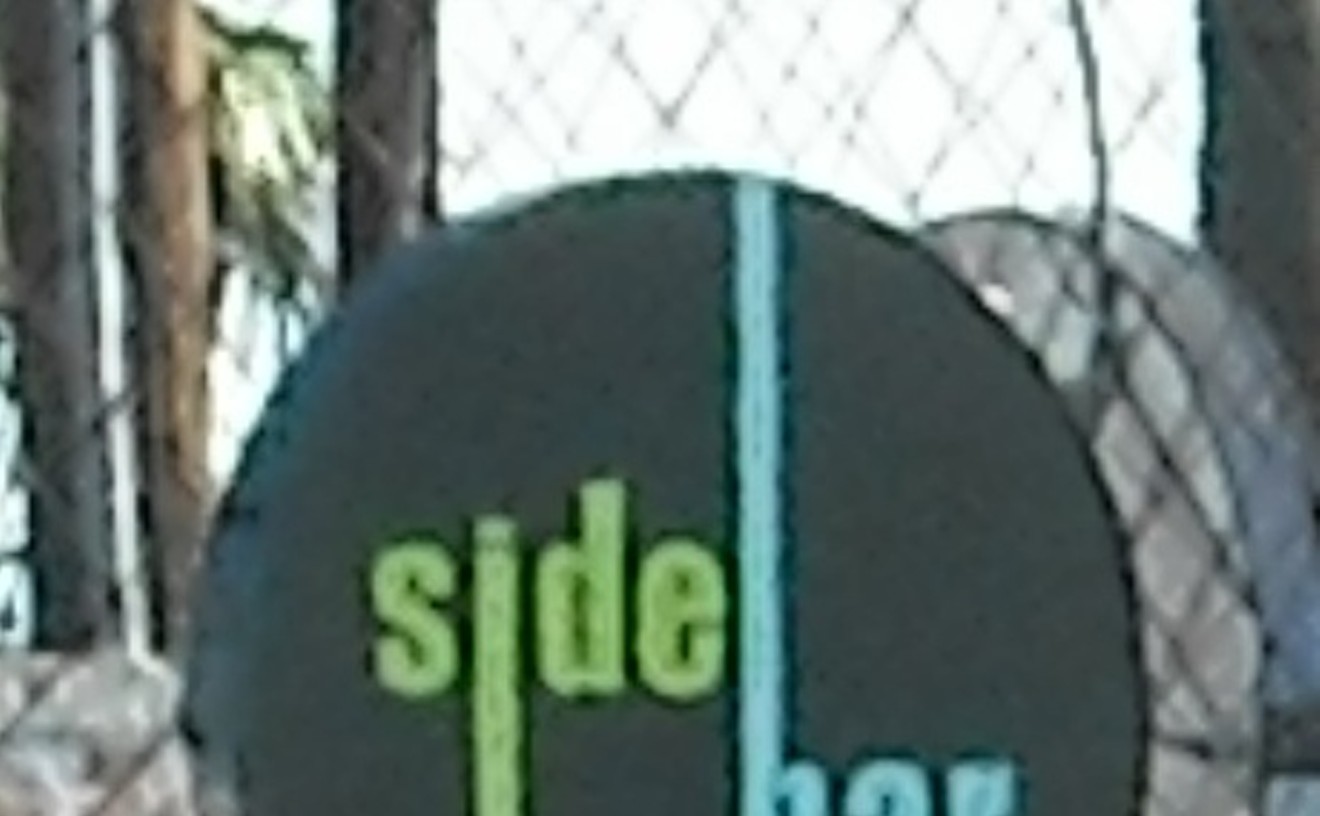 We've long been fans of horchata, the delightful, delectable Mexican rice milk. But even our affection for that sweet drink did nothing to prepare us for the joys of the White Rabbit, an horchata-based cocktail at the downtown hotspot SideBar. A sweet yet never cloying mixture of horchata, Frangelico, and White Godiva liqueur, the White Rabbit is served in a giant "up" glass with a sugar rim — kind of like the adult version of the last sweet drops of milk in your bowl after a breakfast of Cinnamon Toast Crunch. Yummy! 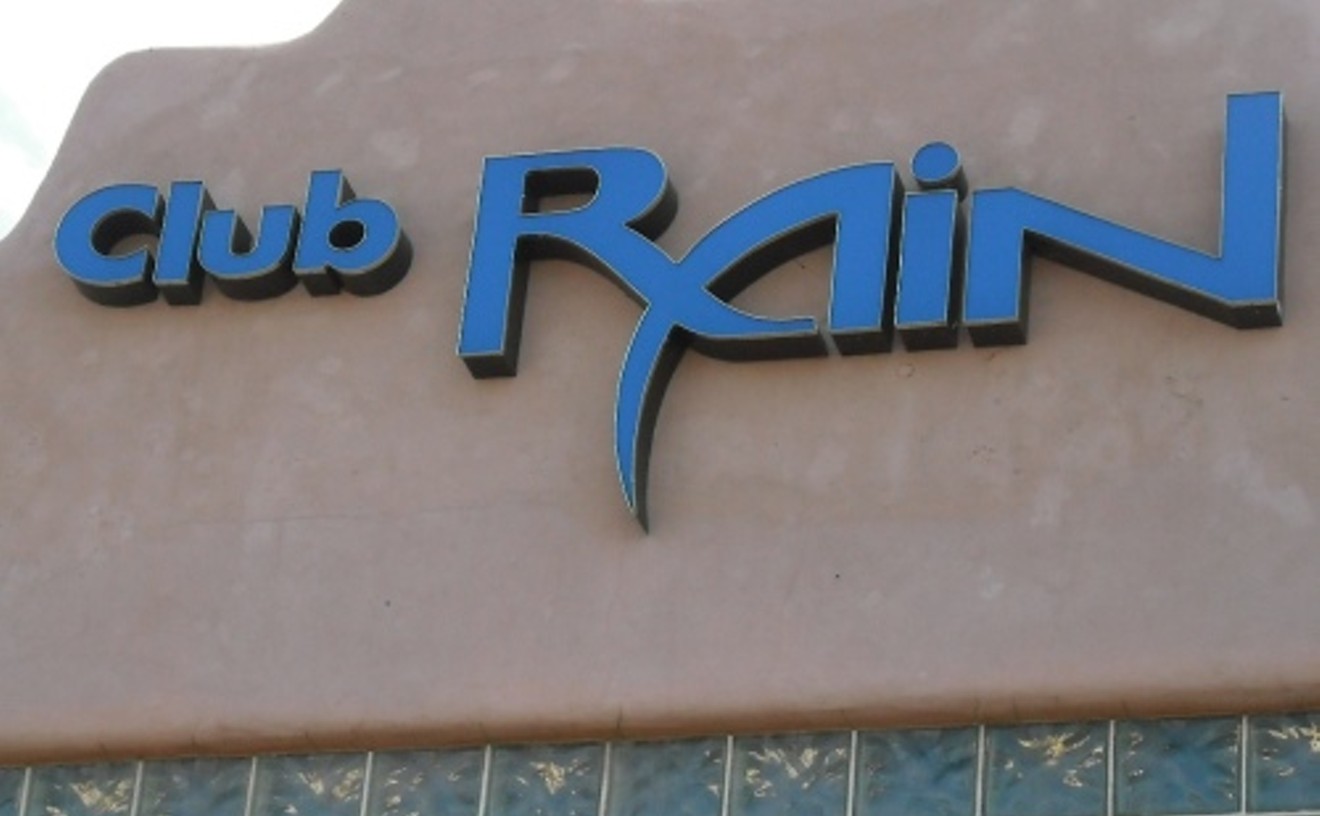 If your weekend plans involve a trip to Club Rain in Scottsdale, it'd be wise to apply a few extra coats of Axe body spray, because the pulsating Latin dance warehouse (situated in the same McDowell Road mini-mall that houses the lively Club Tropicana) gets quite muggy with its wall-to-wall levels of writhing bodies. To paraphrase the Fergalicious one, there are lots of girlies wiggling their fronts in the go-go cages or moving to the beats that will surely make "ya bump ya rump." During Sexy Saturdays, the club's biggest night, that means plenty of dollops of reggaetón and pop en español emanating from DJs working the ones and twos at a claw-like booth. By the end of the night, it's almost guaranteed you'll leave Club Rain a few pounds lighter, que no? 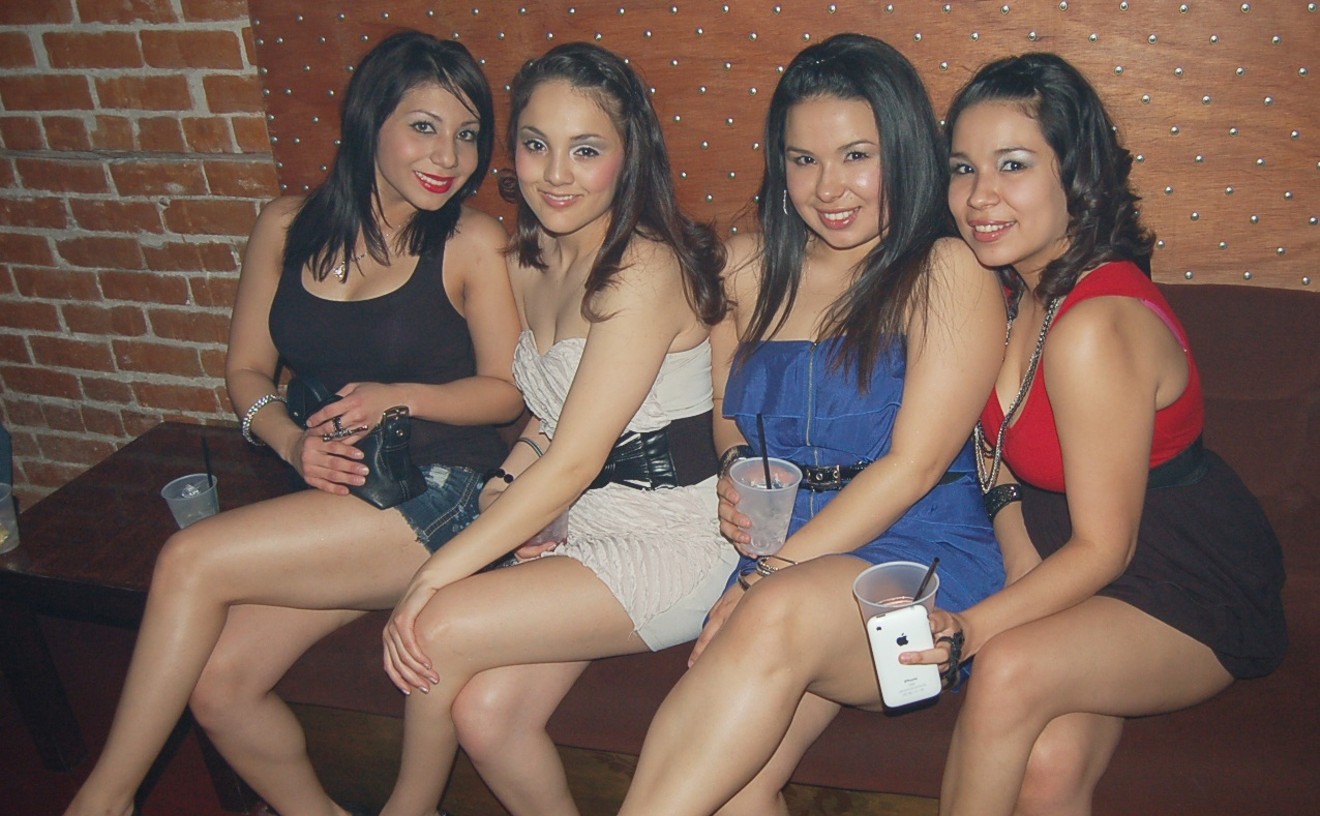 Weekends are traditionally prime time for Latin dance nights around the PHX, with discotecas like DWNTWN and Scottsdale's Club Rain making serious scrilla by spinning up tropical sounds and other muy caliente beat treats for hundreds of Hispanics. Club Silver also gets in on the action with its self-described "urban Latin night" every Saturday night, and it's a supersize Sábado smackdown featuring chicas aplenty grinding their collective culos to the music emanating from DJ Skandalis' turntables. (Ladies also get in free before 11 p.m.) The Power 98.3 spinster's mix of reggaetón by artists like Wisin y Yandel and Hector El Father goes with dollops of cumbias from Pee Wee and Kumbia Kings, as well as some salsa and merengue for good measure. Skandalis recently brought in his bro Kyko to help out on the decks, which means there's double the DJ action. 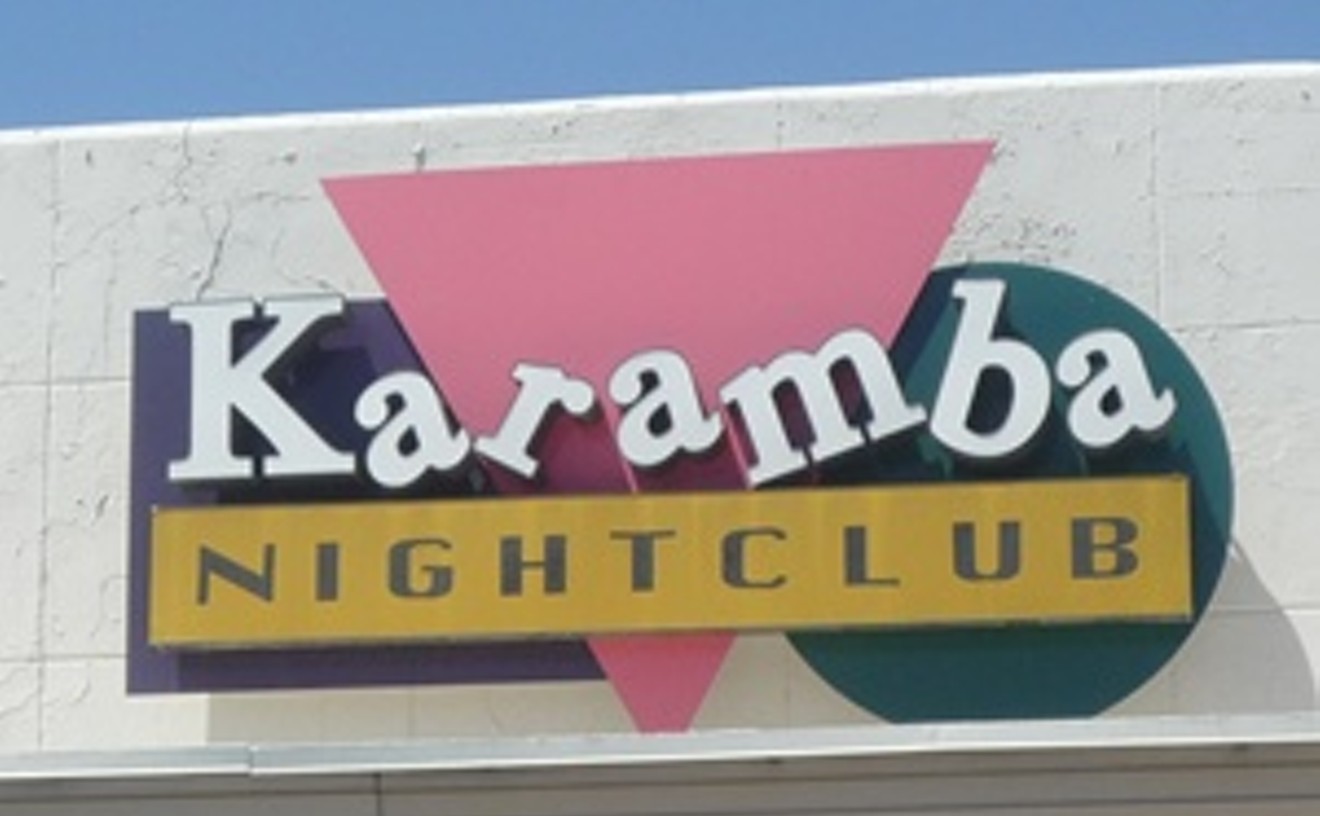 It's been three years or so since the proprietors of Karamba broke many a scenester's heart by pulling the plug on the infamously wicked Hot Pink! electro/glam night. But the hipster community's loss has proved to be the gay scene's gain, as the notorious night was replaced with Vertigo Fridays, which has become a big hit with the Latin LGBT crowd since launching back in 2006. The club becomes a virtual "body shop" during the evening as a bounty of booful barrio boys come out to show off their ab-fab abs and soak up the Latin dance jams and reggaetón broadcast by the talented DJ Melo. If that doesn't satisfy your man-candy cravings, a variety of go-go boys are featured and are usually seen dancing atop several platforms. After last call, the 18-and-over crowd can also join in the fun, as high-energy dance music is spun until 4 a.m. for those who wanna party long into la noche.

Even though they're not very active in the sleepy resort town, warring Mexican drug lords have put a damper on things in Rocky Point. But Roger Clyne and the Peacemakers still put on one of the best parties you'll ever attend. Clyne, who's made a career out of mythologizing the restless beauty of life in the border towns in the Sonoran Desert, gives his diehard fans ("Peaceheads" they're called, much to their chagrin) from across the country a chance to live his songs for a weekend with this now-annual event. Even for non-fans, it's a blast: Circus Mexicus is like partying in Key West with Jimmy Buffett during his deadbeat years. The event culminates in a three-hour show in which the Tempe-bred former Refreshments singer and his band play pretty much every song in their catalog while fireworks periodically explode overhead, but the entire weekend is a blast for anyone who enjoys Tecate, tacos, or the beach. 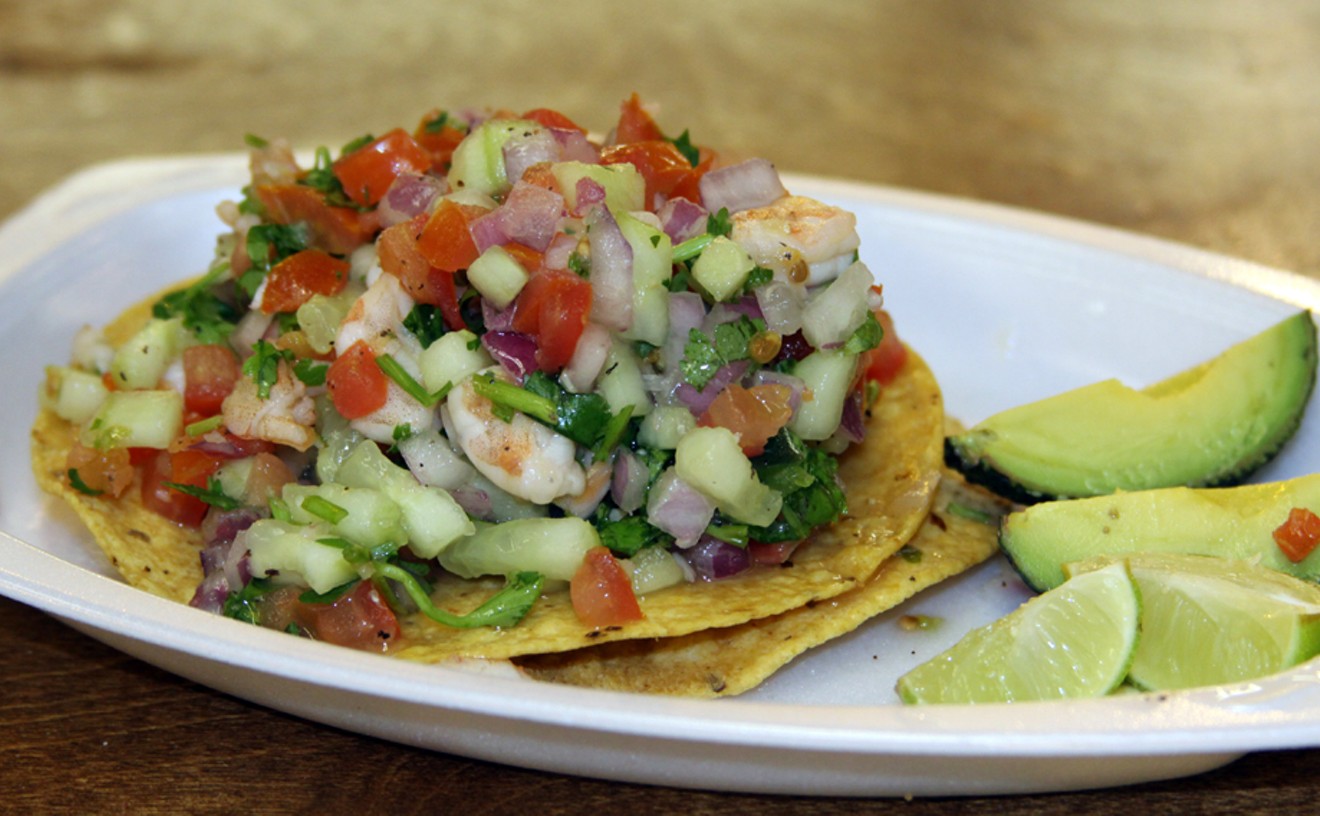 Competition is stiff among markets catering to the local Hispanic community — heck, even Wal-Mart's entered the fray this past year. But the hands-down best place to get your Mexican shop on is still Phoenix Pro's (formerly Phoenix Ranch) Market. To call it a grocery store just doesn't do it justice. It's an experience that turns stocking your pantry into a full-on fiesta. Conventional wisdom would tell you not to go shopping on an empty stomach, but we recommend bringing your appetite, so you can feast on a burro at the busy food court, snack on ceviche at the seafood counter, slurp up an agua fresca, or grab an ice cream cone before you start filling your cart. From there, you'll be busy raiding the well-stocked produce department, watching fresh tortillas being made, and ogling an array of meats, perfect for making carne asada or fajitas at home. Whether you show up with a list of Mexican specialty items or just feel like wandering the aisles, we dare you not to have a little fun while you're here.

Immigrant raids, detentions, deportations. We read about it in the local news, but rarely do we get to know the people behind the headlines. That's where James E. Garcia comes in. A journalist, Arizona State University professor, and playwright, Garcia uses his literary talent to put a human face on the immigrant drama that is played out every day in downtown Phoenix.

The characters of his plays include day laborers, children torn from their families by immigration raids, and Mexican-Americans struggling with their own identities. We particularly liked Dream Act, a play about a smart young woman brought to the United States as a child by her undocumented parents. She aspires to go to medical school, but is blocked by her immigration status. Then there's Garcia's new play, The Tears of Lives, which follows three children who are left to fend for themselves when their father is caught up in an immigration raid. Based on true events, the children survive on their own for nearly a month before they are finally discovered and helped by local activists.

Garcia started writing plays in 2004, drawing upon his experience as a journalist. "Writing plays is the perfect combination of letting your imagination run wild and having an editorial opinion about the climate," he says. "Pretty much everything I've created onstage is also a commentary on the world I'm living in." Sounds good to us.