Best Local Protector of the DREAM

Chandler resident Carmen Cornejo is steadfast in her support of the DREAMers, those kids brought to this country when they were young, through no fault of their own, and who have grown up, for all intents and purposes, as American citizens. All they lack is that little piece of paper. President Obama has given the DREAMers a path to near-normalcy with his Deferred Action for Childhood Arrivals program. But long before that, Cornejo was going to bat for these DREAMers, working with groups like CADENA and the Arizona DREAM Act Coalition, helping them when they got caught up in the legal system and trying to advance the idea of a national DREAM Act. Now that DACA's a reality, she's helping these teens and 20-somethings raise the funds to pay for the fees associated with application. She strives for justice for these intelligent young men and women, so they can stay with us and help fulfill the promise that America should offer to all.

Best Day of the Dead Remembrance

Day of the Dead celebrations take place across the Valley at arts centers, city plazas, or at well-known spots like the Desert Botanical Garden. Most have individuals dressed in elaborate costumes and intricate altars, along with face painting, folkloric dancers, and mariachis. But many say that the day of remembrance that takes place at the Guadalupe Cemetery in Tempe is among the most authentic. People gather at the cemetery, established in about 1904 and lined with white crosses leaning in all directions. Families spend the day with their deceased loved ones, reminiscing. Some bring food and drinks — for themselves and for their interred relatives. Others hold graveside vigils and services. Some light up the night with candles outlining the graves. It's a colorful celebration honoring a day in Latin American culture laced with religious traditions that date back thousands of years. 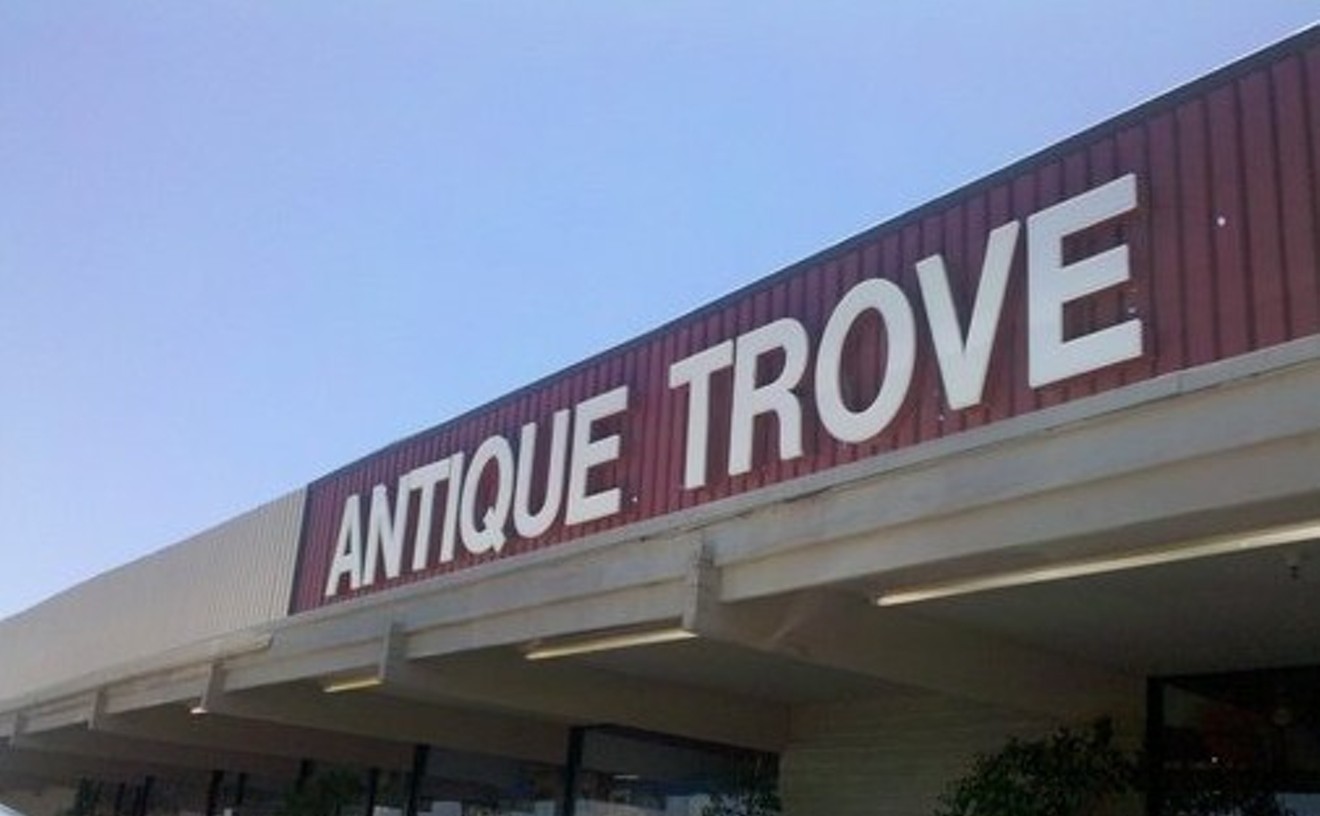 Long before the Mexican Revolution (1910-1921), American turistas regularly invaded our neighbor to the south looking for exotic adventures and souvenirs they could drag home as proof of their traveling derring-do. Until the late 1960s, one of the mandatory stops on the Mexican vacation circuit was Tlaquepaque, a charming little town outside Guadalajara in the Mexican state of Jalisco that catered to the cravings of insatiable American consumer/collectors. The town was crammed with curio shops that carried handmade pottery made by artisans living in another nearby ceramics town, Tonalá.

Mexican ceramicists and shopkeepers quickly learned to pander to tourist tastes, and thus was born vintage Mexican tourist pottery, which has become wildly collectible. From the 1920s on, non-indigenous forms of utilitarian tableware, like formal tea sets, snack plates, divided lazy Susans, soup tureens, and other equally gringo forms of culinary presentation were schlepped back across the border and proudly displayed in the parlor.

Actual use of the low-fired decorated and glazed pottery pieces was problematic, since their glazes contained unhealthful amounts of lead. One of the very few places in the Valley that sells good vintage Mexican tourist pottery, as well as market and other Mexican folk art pottery — and for prices that don't involve the sale of newborns or second mortgages — is Bill Stolp's space at Antique Trove in Scottsdale. The owner, who also sells out of his house in Fountain Hills, has a good eye for vintage ware and prices it within the means of the average collector.

On our last trip to the Antique Trove, we spotted pieces done in the style of the famous Lucano family, wonderful soup tureens in the shape of a nesting chicken and a pokey turtle, and platters lavishly hand-decorated in what is called fantasía style. Stolp even had several noteworthy tree of life candelabra (arboles de la vida) from Metepec, another ceramics town in the state of Mexico famous for this particular form. Inventory changes frequently, so make sure to visit often. And take plenty of money.

In 1988, Phoenix's Public Art Program scored its first commission — a pair of murals by Mexico-trained artist Roberto Delgado. A lot has changed in that part of the city in the last 20-plus years, but the murals — combining elements of the city's ancient irrigation system with modern features from the neighborhood — have stood the test of time. In fact, we hear, they've barely been tagged, which is all but unheard of and a nice juxtaposition to what happened to the infamous pots commissioned by Phoenix not long after.

Lucky Phoenix: Delgado is a celebrated muralist and painter who lives in Los Angeles but spent a great deal of time in Chiapas and was a Fulbright fellow in Mexico City. His commissioned murals can be found in places including Alaska, Minnesota, and Nicaragua.