Sky-high storytelling: That's what a trio of artists in the collective Postcommodity brought to the Arizona-Mexico border in October with a temporary land art installation called Repellent Fence, comprising a row of more than two dozen 10-foot-diameter balloons with scare-eye iconography used by farmers and gardeners to repel unwanted birds from their land. Artists Raven Chacon, Cristóbal Martinez, and Kade L. Twist worked with community members in Agua Prieta, Sonora, and Douglas, Arizona, to float the balloons 50 feet above the desert for several days, bisecting the border while prompting conversations about attempts to marginalize, repel, or destroy indigenous people within and beyond the borderlands. Its poignancy was magnified as droves of Syrians sought refuge in Europe, and the number of Central American children seeking refuge in the U.S. rose dramatically. Amid the empty din of ideological rhetoric, Postcommodity's quiet installation spoke volumes.

Between the latter days of MTV music videos and early days of Periscope livestreaming, Mexico-based artist Miguel Angel Ríos picked up a video camera. That was in the late 1990s, and Ríos has incorporated video in his art practice ever since. His "Landlocked" exhibition at ASU Art Museum last fall featured not only four world-premiere video works commissioned by the museum, but also a comprehensive look at his broader art practice comprising social and political narratives addressing power, apathy, and violence. Fascinating research materials, photographs, works on paper, storyboards, production ephemera, and videos documenting the creation of his work filled gallery walls and spaces — taking viewers on a journey through the artist's ideation and its creative realization. Complex yet accessible, the exhibition put a new spin on land art, and used the tools of digital culture to convey the complexity of contemporary border culture. 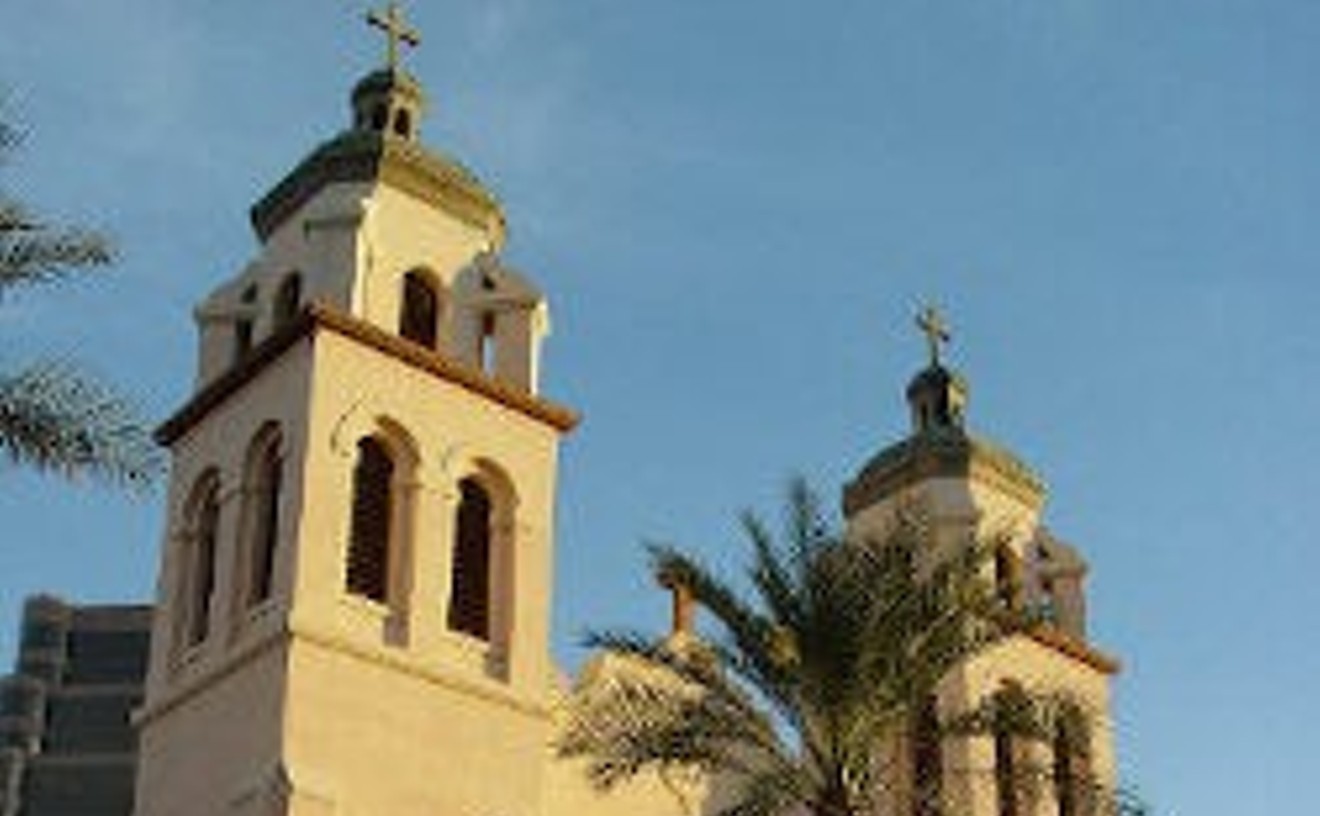 St. Mary's Basilica, a.k.a. The Church of the Immaculate Conception of the Blessed Virgin Mary, is the oldest Catholic church in Phoenix. Its exterior is also an excellent example of Mission Revival architecture.

Though originally an adobe church, the current structure dates back to 1913, when the Mission Revival exterior was built under the direction of W.J. Rifley. Last year, St. Mary's celebrated the 100th anniversary of its 1915 dedication.

The Mission Revival exterior features round arches, curved parapets, deep windows, arched doorways, and four domes that span the length of the building. The dome located over the main altar features a cupola that provides additional interior light.

Mission Revival became popular when the Santa Fe and Southern Pacific railways embraced the style for train depots, resort hotels, and lunch rooms in the early 20th century. The church's interior is Romanesque style, laid out in cruciform. The Monroe Street entrance marks the foot of the cross. Dedicated to St. Mary, the church's upper stained glass windows are graced with scenes depicting her in each one.

A self-guided tour pamphlet can be purchased for $2 from the basilica's Via Assisi Gift Shop next door.

Zarco Guerrero, mask-maker and musician, knows about the power to transform with his ethnographic masks, with his physicality, and with his words.

Catch him at Dia de Los Muertos PHX Festival, a free event held at Steele Indian School Park, using his highly expressive calaca masks to tell stories that mix humor and a zest for life with remembering those who have passed. Or, find him collaborating with Childsplay at their fall event, the El Puente Theatre Festival & Mask Procession, where he performs as Zarco Guerrero and the Dancing Dragons.

The Mesa native is a member of the Cultural Coalition, which is celebrating its 20th anniversary and aims to provide unique cultural programs dedicated to the promotion and development of indigenous arts and artists in Arizona. Guerrero was greatly influenced by Cesar Chavez as a young man, and joined his movement for farm workers. The civil-rights leader inspired Guerrero's practice of using art-making as a tool for social change.

Wherever you catch him, Zarco Guerrero will be drawing the audience in with his compelling human stories.