Maricopa County Superior Court in downtown Phoenix. Tony Webster
The case of a Tempe barber could have a profound effect on a key aspect of marijuana legalization, as the State of Arizona has appealed an expungement granted last September after the records of his arrest were sealed.

The appellate case involves Daniel Santillanes, owner of the Tempe barbershop Elite on Mill. He has been hampered in his efforts to expand his business because of marijuana convictions that took place more than a decade ago.

In February 2011, Santillanes was arrested in Chandler after police found approximately 5.6 ounces of “high-grade” marijuana, a scale, and drug paraphernalia in his vehicle.

When they searched his home, police found 10 pounds of cannabis packaged individually in plastic bags as well as a pipe used to smoke it. In total, there were four counts against Santillanes, including a low-level felony conviction of facilitation to possess marijuana for sale or transport.

In March 2011, he was sentenced to two years' supervised probation, three months in jail and 24 hours of community service.

The court's decision could make it more difficult for the state to appeal expungements that have been approved by increasing the burden of proof needed to overturn them. It also represents another step in the process to define the details that will ultimately shape the way cannabis laws will be enforced by the legal system in the future.

Since his conviction, Santillanes has lived the life of a law-abiding citizen, according to his attorney Derek Debus, a criminal defense attorney for Stone Rose Law in Scottsdale who frequents Santillanes' shop.
click to enlarge “He's got two kids and owns a successful barbershop in Tempe,” Debus told Phoenix New Times. “He's been trying to expand his business but couldn't get a fingerprint clearance card because of the felony. He's done everything he's supposed to, and he's really trying to move his life forward.”

Santillanes thought his past was behind him and he was moving forward, but now he must wait for the appeals process to play out.

One of the big selling points for the Smart and Safe Arizona Act, Proposition 207, which legalized adult recreational cannabis in Arizona, was the possibility of expungement for an estimated 192,000 Arizonans.

Intended to alleviate some of the damage done to individuals as a result of heavy-handed enforcement of previous drug laws, expungement seals records from certain offenses so individuals hampered by the decades-long war on drugs may go about their lives more freely.

Any conviction that has been decriminalized or made legal can be expunged so long as it is below the possession limits outlined in the statute.

On July 30, 2021, Santillanes filed a petition for expungement in order to restore his civil rights. He argued that he was eligible because he did not actually sell the cannabis. It had been an “inchoate,” or attempted offense, he argued, without addressing the amounts allowed for expungement.
click to enlarge 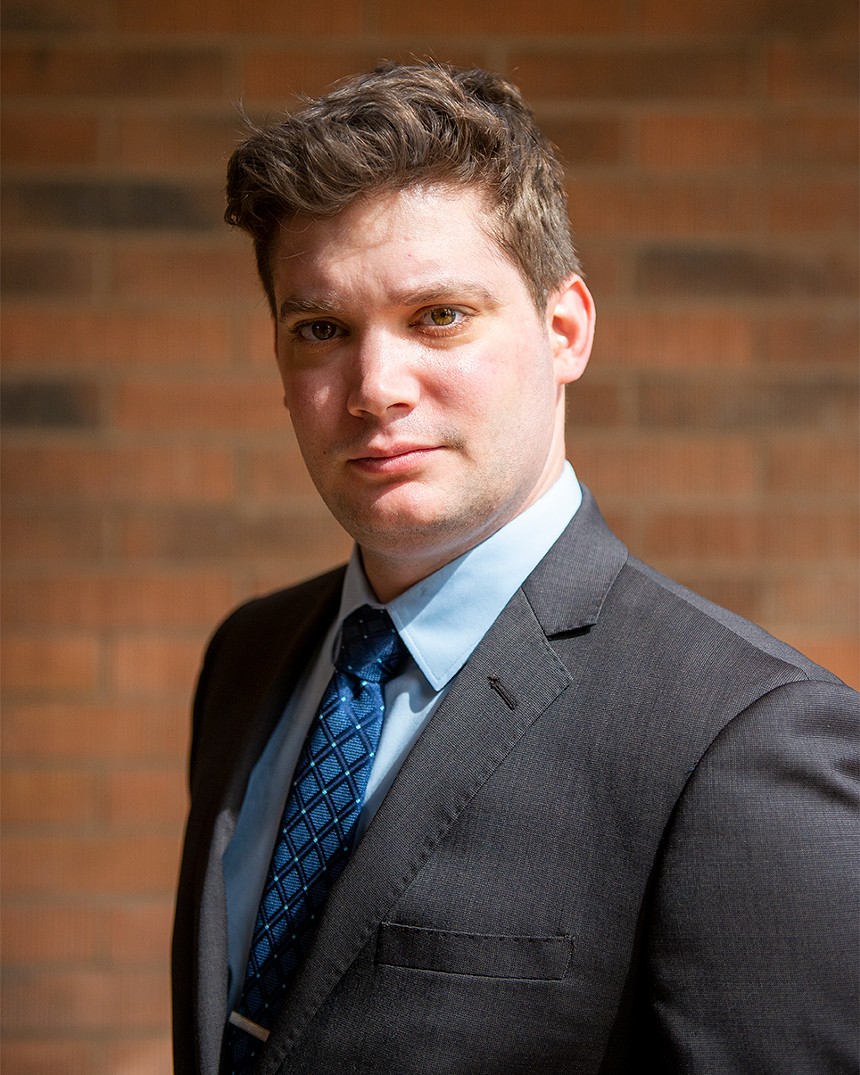 Less than one month later, on August 23, the state filed an objection to the petition, citing the amount in Santillanes' possession, both in his vehicle and in his home.

According to a January filing in the Arizona Court of Appeals, the superior court “abused its discretion when it granted the expungement petition after the state provided clear and convincing evidence that the amount of marijuana involved in this case exceeded 2.5 ounces.”

“Alternatively, the superior court erred in its failure to hold an evidentiary hearing where there was a genuine dispute of fact regarding whether the petition should be granted," county prosecutors argued, petitioning the appeals court to vacate the expungement.

The case made its way through appellate court on July 13, where questions of jurisdiction and what constitutes evidence were argued, along with the intent of the statute and whether there is some fungibility on possession amounts.

Whenever the court publishes its ruling, it will decide whether to dismiss the appeal for lack of jurisdiction, uphold the expungement, or send it back to the trial court for further proceedings.

For now anyway, Santillanes is not a convicted felon, but that could change once the court rules.

In its court filing, the state offered information from Santillanes' original sentencing plus a police report as evidence, but the appeals court deemed the police report “inadmissible hearsay,” because it constituted statements made out of court. Had the officer testified about or read the report into the record, it would be statements to the court based on personal recollection, and, therefore, not hearsay evidence.

At the appeals hearing, the state argued that the trial court should not have expunged a conviction involving more than 60 times the weight limit established by statutes enacted with the passage of Proposition 207. The state's lawyers argued that it impinged on Arizona's right to uphold a conviction and its right to present evidence of the defendant's ineligibility to be expunged.

“We have a validly obtained conviction through the guilty plea, and then later on a trial court action eliminates that conviction,” Maricopa County Deputy Attorney Faith Klepper told the court. “This expungement statute gives the state the explicit right to present evidence of ineligibility.”

Debus, in turn, argued that the state could have requested an evidentiary hearing in the lower court and did not offer “a shred of evidence regarding the petitioner's ineligibility” for expungement.

“I don't believe that simply attaching foundationless and unverified documents created by the state's agents would ever meet the burden of clear and convincing evidence,” he said.

Ultimately, Debus argued that the expungement had already happened, and that if the case was relitigated, it would expose his client to being retried for the same crime, referred to in a court briefing as “double jeopardy.”

“Mr. Santillanes, for the first time in over a decade, can say he is not a convicted felon,” he said. “The state could have moved to stay the grant of expungement pending appeal [but] chose not to, so the cat's out of the bag, that bell can't be unrung.”

The Maricopa County Attorney's Office has led the way with expungements in the state and is approaching 15,000 in total. None of the other 14 counties in Arizona have come close to that number.

Deputy Maricopa County Attorney Jason Kalish has led the efforts, working with other Arizona attorneys offices and nonprofits such as the Arizona Justice Project (AJP), which has worked closely with Debus and filed an amicus brief to the appeals court on behalf of Santillanes. 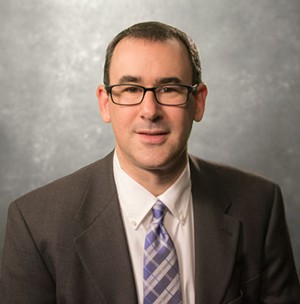 While his office is supportive of the program, Kalish sees this case as another vital step in defining the finer points of law that were not specified in the language of Proposition 207. Court cases such as this one, as well as bills being proposed and passed through the legislature, will shape the way Arizona enforces legalization going forward.

Kalish said he chose to pursue this appeal because of the amount of cannabis in question, and if it would have been three ounces rather than 10 pounds, he likely would let it go.

“There are some questions about the statute that need to be resolved,” Kalish told New Times. “It's a good way for us to get some answers as to how we're supposed to proceed in these cases that don't really fit the textbook of what I think [voters] wanted to accomplish,” with the passage of Proposition 207.

Kalish also believes that should the state lose the appeal, it could affect the way it handles expungement appeals moving forward.

“It's basically an argument that we don't have the right to appeal,” he said. “Let's take, for example, a judge who accidentally expunges a burglary conviction that has marijuana involved: Can we just not unring that bell? We have to be able to challenge it somehow.”

One possible outcome: The state may need a higher burden of proof to successfully challenge future expungement, according to Randal McDonald, supervising attorney at the Post-Conviction Clinic at Arizona State University's Sandra Day O'Connor College of Law.

“The court could do a lot of things in this case, but it sounds like the issue they'll want to decide is what the court should consider when deciding not to grant an expungement,” he told New Times. “I think the effect will be that if it makes it more difficult for them to oppose these, they will just oppose fewer of them.”

Debus believes the judgment of the lower court should stand and that his client is already expunged. He also questions why the state would pursue something he deems settled.

“I truly don't know why the state is wasting taxpayer dollars on something like this. Appeals are expensive,” he said. “Given that this is more than a decade-old case, I feel pretty good about our chances.”

While Kalish feels a sense of empathy for Santillanes, he believes that if Arizona voters would have wanted expungement of larger amounts of cannabis to happen, it would have been written into the statute.

“It sounds like this guy is doing well and is someone we should want to help out,” he said. “But we need the law to be able to do it. For the people we've expunged who I've been in touch with, it makes a world of difference.”
KEEP PHOENIX NEW TIMES FREE... Since we started Phoenix New Times, it has been defined as the free, independent voice of Phoenix, and we'd like to keep it that way. With local media under siege, it's more important than ever for us to rally support behind funding our local journalism. You can help by participating in our "I Support" program, allowing us to keep offering readers access to our incisive coverage of local news, food and culture with no paywalls.
Make a one-time donation today for as little as $1.