At The Mint Cafe, Marijuana-Infused Pizzas (and Burgers, and Tacos) Are Selling Like Crazy 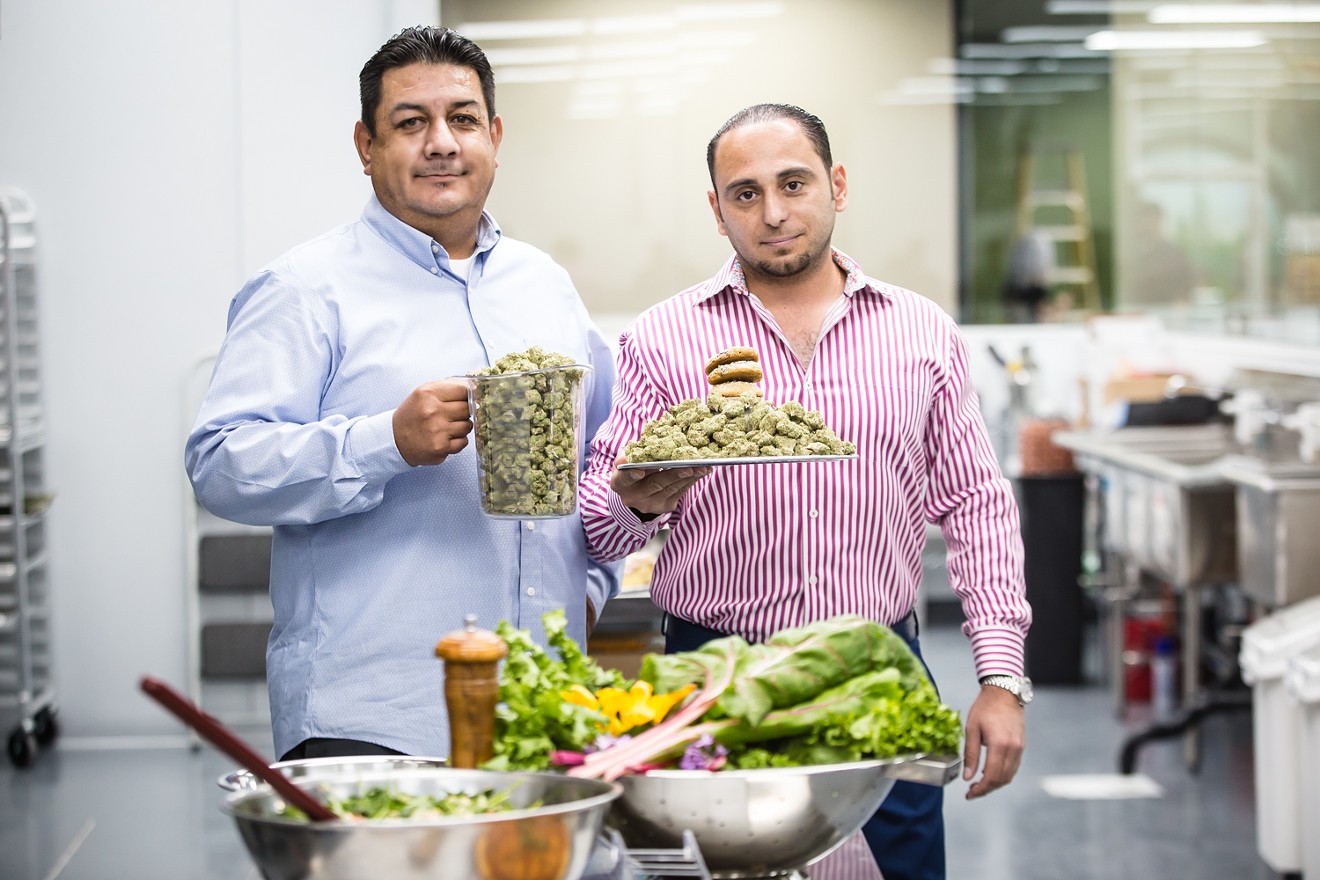 
Guadalupe, Arizona, isn't generally thought of as a hub of innovation.

But in this tiny, often-forgotten Valley town — sandwiched between Phoenix and Tempe, below Baseline near Arizona Mills Mall — lies what's believed to be the country's first cannabis dispensary that also has a full-service kitchen: The Mint Cafe.

Walk in, and it's like a normal dispensary, with all the usual cannabis products. But if you're hungry, the budtender will point you toward the food counter. Not "food" like gummies — food as in real, hot, made-to-order food: 10-inch pizzas, chicken nuggets, and street tacos. These menu items are cooked with cannabis butter and oils and pack a THC punch of anywhere between 25 mg ($10) to a walloping 1,000 mg ($75).

Raul Molina, one of The Mint's three owners, says the state was "taken aback that we were trying to do pizza and burgers" when they showed them their plans for the menu.

In the end, The Mint Cafe still received the go-ahead, and it's been open since 2018. But it's over the last six weeks that things have really taken off. Recreational customers can now order those infused chicken nuggets (which, like everything else meat-sounding on the menu, are vegetarian and use a meat substitute).

“Now that rec is here, we have doubled the staff," Molina says. "It caught the kitchen by surprise. We knew we’d get an uptick, something around double, but the kitchen actually was more like quadruple. Everyone wants the pizza. In one day, all 300 pizzas were gone.”

The Mint is growing elsewhere, too. It's officially opening its third dispensary today, Monday, March 15. This one's in Phoenix, at 17036 N. Cave Creek Road, near Bell Road, and they're celebrating with free (uninfused) food as well as discounted products and cannabis specials — not to mention a free edible if you've been vaccinated.

“In bringing the Mint Dispensary to Phoenix, we will fill a critical gap for customers who currently travel long distances for the wide variety of products we offer,” says Mint cofounder Eivan Shahara.

Molina says that, in addition to expanding in other states like Michigan, Massachusetts, and Missouri, The Mint is increasing its production in the Valley.  “We are getting ready to build a new cultivation site at Happy Valley and Seventh Avenue,” he says. It'll have “100,000 square feet of indoor — 30,000 square feet of greenhouse, and area to expand." There are also plans to build a 4,000 square-foot lab.

“We try to push the envelope," Molina says. "We get told by a lot of the cannabis guys, ‘You can't do that.’ Then we try it, and it works.”
KEEP PHOENIX NEW TIMES FREE... Since we started Phoenix New Times, it has been defined as the free, independent voice of Phoenix, and we'd like to keep it that way. With local media under siege, it's more important than ever for us to rally support behind funding our local journalism. You can help by participating in our "I Support" program, allowing us to keep offering readers access to our incisive coverage of local news, food and culture with no paywalls.
Make a one-time donation today for as little as $1.