A sign on the box office windows of the Marquee Theatre in Tempe announcing the venue has lifted its COVID-19 restrictions. Benjamin Leatherman
As COVID-19 cases in Arizona continue to decrease to their lowest levels in nine months, multiple concert venues across the state have recently started rolling back rules requiring patrons to provide proof of vaccination or a recent negative test result.

As of March 25, 11 independently owned venues located in metro Phoenix, Tucson, and Flagstaff have amended or lifted their blanket COVID-19 vaccine or testing mandates covering all concerts and events.

It includes such popular local concert spots as the Rebel Lounge, Crescent Ballroom, Valley Bar, the Rhythm Room, Tempe’s Marquee Theatre and Yucca Tap Room, and the Nile Theater in Mesa. Flagstaff’s Yucca North and Tucson venues Club Congress and the Fox Theatre have also rolled back their COVID-19 rules.

Most of these venues will now only require proof of vaccination or a recent negative test result on a “per-show” basis if they’re specifically requested by artists or promoters. Meanwhile, the Fox Theatre has ditched these rules entirely and is now only recommending patrons be vaccinated and requiring them to wear N95 or surgical masks at concerts, according to its website.

All of the aforementioned venues were originally part of a group of 17 independently owned Arizona venues that implemented COVID-19 vaccination and testing rules in September 2021. 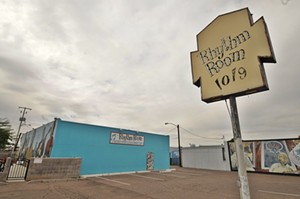 Phoenix blues institution The Rhythm Room.
Benjamin Leatherman
They join a number of large-capacity venues and arenas in the Valley that have also changed their COVID-19 vaccine and testing requirements to a “per show” basis in recent weeks, including Gila River Arena in Glendale and downtown Phoenix’s Footprint Center, The Van Buren, and Arizona Federal Theatre.

The move comes as COVID-19 case numbers and hospitalizations in Arizona and the U.S. are at their lowest point since June 2021. (According to the Maricopa County Environmental Service Department, only 190 new cases were reported during the week ending on March 19.) It's a significant decrease from mid-January when COVID-19’s Omicron variant caused an enormous surge.

As a result of this decrease, large cities across the U.S. have begun curtailing vaccination and testing mandates on concert venues recently. In early March, New York City lifted its requirements and Los Angeles County will do the same on April 1.

Here in Arizona, venues began amending their COVID-19 policies within the last three weeks. Club Congress in Tucson was the first to do so, as an employee of the venue told Phoenix New Times they made the change at the beginning of March. Marquee Theatre and the Nile Theatre followed suit, amending their requirements on March 15 and 18, respectively. 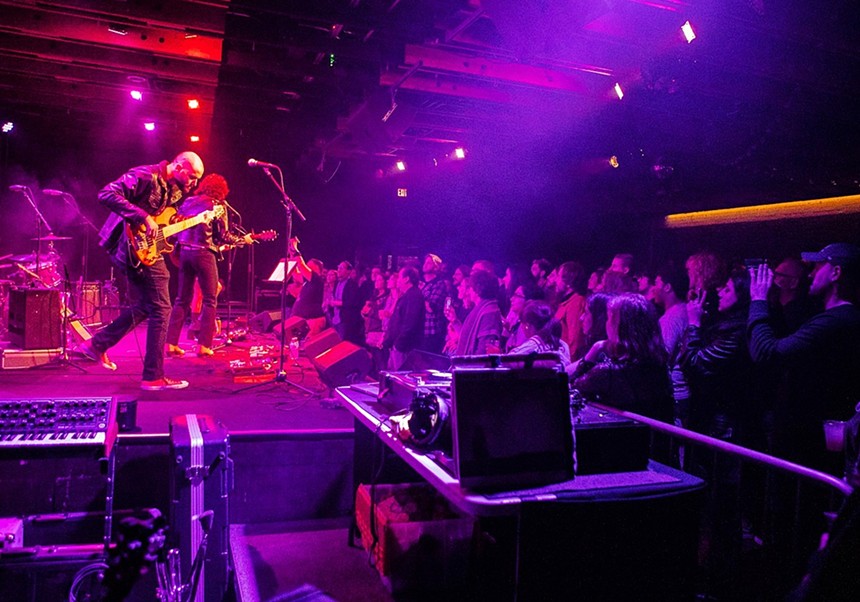 A concert at Crescent Ballroom in early 2020.
Jim Louvau
Charlie Levy, co-owner of Crescent Ballroom and Valley Bar, told New Times via text message they decided to roll back their policies last week based on the decrease of COVID-19 cases and the actions of other venues.

“The cases right now in Maricopa County are extremely low,” Levy says. “Plus, the industry in general is moving in that direction.”

Rhythm Room owner Bob Corritore, who amended the venue’s rules in mid-March, says there were similar factors involved in his decision.

“At this point, it feels like the vaccination cards mean much less than they did during the [Delta and Omicron surges]. We also realized that the people who were going to get vaccinated probably had already been vaccinated by now,” he says. “Probably the deciding factor was when we saw that other venues and major [music] festivals had lifted their mandates.”

Corritore also says he feels it's safer for venues like The Rhythm Room can operate at the moment without vaccine mandates in place for every concert.

“We did what we did [last fall] because it felt like it was the best thing for the community, but at this point in time it's safer than it ever been to move forward,” he says.

Some Arizona venues are continuing to play it safe, though. Concert spots like Celebrity Theatre, The Nash, Glendale's Westside Blues & Jazz, Flagstaff's Orpheum Theatre, and the Rialto Theatre and 191 Toole in Tucson will continue to require proof of vaccination or a negative test result.

Venue owners who have amended their rules tell New Times they’ll consider going back to a blanket vaccine and testing policy if the number of cases increases.

Levy says the Crescent Ballroom and Valley Bar will reevaluate their COVID-19 rules “if circumstances in our community change for the worse.”

Corritore says he’ll do the same, but is cautiously optimistic about the future.

“Let's hope that there are no new variants or big surges that will create safety issues in the future,” he says. “After all we’ve been through the past two years, it would be nice if we can finally put this behind us.”
KEEP PHOENIX NEW TIMES FREE... Since we started Phoenix New Times, it has been defined as the free, independent voice of Phoenix, and we'd like to keep it that way. With local media under siege, it's more important than ever for us to rally support behind funding our local journalism. You can help by participating in our "I Support" program, allowing us to keep offering readers access to our incisive coverage of local news, food and culture with no paywalls.
Make a one-time donation today for as little as $1.