The exterior of Chars LIVE in midtown Phoenix. Benjamin Leatherman
Fans of famed midtown Phoenix bar and music venue Char's Has the Blues have had one question for co-owner David Cameron for more than a year now: When exactly is the place going to reopen?

“I wish I could count the number of times I’ve heard that question,” he says. “I just chalk it up to how much of a popular and a sought-after experience it's been for people.”

And now Cameron finally has an answer for everyone, as the business is set to open as Chars LIVE on Friday, February 4. The 2,245-square-foot business along Seventh Avenue south of Camelback Road, which was previously known as Char’s Has the Blues for more than 35 years, will sport a renovated interior and exterior to go along with its updated name.

The reopening comes almost two years after its previous owners closed the place in March 2020 at the beginning of the COVID-19 pandemic. Cameron, a local entrepreneur who purchased the property with business partner Peter Valleau in November 2020, tells Phoenix New Times the 150-person capacity bar and venue will also feature a VIP room and green room, revamped seating, and a new stage and sound system.

The property, which was originally built in 1944 as a residence, also had its infrastructure upgraded, including fixing issues with the plumbing and electrical systems.

“It's been a meticulous process to bring things up to where they’ve needed to be,” Cameron says. “There were a lot of things needing to be changed, like replacing all the old plumbing.”

Even with the changes, Cameron says they’re aiming to preserve much of what Char's offered during its original run as an R&B/soul/funk juke joint, which began back in the mid-'80s.

A longtime live music staple, it hosted local musicians and bands within its dimly lighted interior seven nights a week (such as Laydee Jai, Larry Bailey, and Soul Power). Fans and patrons would crowd into the bar’s darkened interior to drink, dance, or soak up the retro vibes while musicians performed in a small nook just off of a large parquet dance floor.

Cameron says longtime patrons of the bar have shared such memories while imploring him to preserve its legacy, which he’s hoping to do.

“People have come up and talked to me about [the bar], sharing these visceral experiences of this place are so intense and burned into their memories,” he says. “I hope and think we'll be able to deliver something similar to what was there and embrace its legacy.”

That includes keeping its signature parquet dance floor, which Cameron says has been expanded, and booking some of the same local bands and musicians who regularly gigged there during its Char’s Has the Blues days. They’ll share the live music calendar with artists from a variety of other genres, such as rock, indie, and reggae. 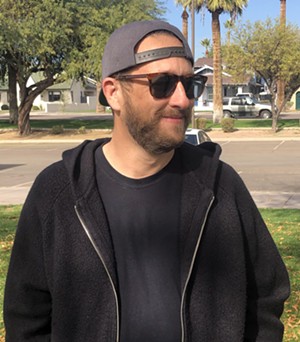 (While Cameron says they’re still finalizing the music lineup, local funk/R&B act Soul Power will reportedly perform during the opening night festivities on February 4, according to the band’s Facebook page.)

Musicians will be featured on a newly constructed 10-foot-by-13-foot stage located just to the left of where they used to perform in the nook. Cameron says there’s a possibility the space might be used for shows at some point in the future but thinks the new setup adds to the atmosphere.

“We've left that space open for entertainment options, but our main focal point of the stage has moved to a position where we can get more of a sound and flow,” Cameron says. “It’s sort of the biggest impactful change we’ve made and we relocated the stage to where it will allow more of a presence for the performers and help elevate them.”

They also didn’t want to lose the parquet dance floor, which has been a signature element of the bar for decades. It’s also been expanded, he says.

“I didn’t want to tear something up that's an iconic thing, so it was very important for me we kept that in place and worked our design around it,” Cameron says.

When it comes to the décor, he says they’ve removed some of the large banquette seating booths that surrounded the dance floor but have introduced elements “consistent with the overall appeal of what that property used to be.”

For instance, a mosaic of dozens of vintage LPs and their record sleeves cover an entire wall inside the bar. The colorful display was created by his wife, local interior designer Brooklynn Cameron, and adds to the old-school verve of the bar.

“We think these changes will be well-received by the community and fit with the overall appeal of what that property used to be,” David says. “It feels like it has the same cool vibe.”

Even after Chars LIVE opens next month, Cameron says there’s still more work to be done. A large outdoor patio and open-air food service area behind the main building (which will incorporate a 1,100-square-foot former residence next door) is still being constructed and will open later this year.

“We’re still in the process of figuring some things out,” he says. “So it won’t be launching it with the rest of Chars but we hope to get it up and running in a few months.”

Cameron estimates they’ve spent “14 months of our lives” with rebooting Char's, but says it's been time well spent.

“I can tell you it's been a labor of love. We’ve been working pretty tirelessly on it and have been given a lot of hurdles and obstacles to get it open, like dealing with COVID-19,” he says. “But it's been worth it. We saved this property instead of someone else coming along and just knocking it down.”

The opening night of Chars LIVE, 4631 North Seventh Avenue, will take place at 8 p.m. on Friday, February 4. Admission is free.
KEEP PHOENIX NEW TIMES FREE... Since we started Phoenix New Times, it has been defined as the free, independent voice of Phoenix, and we'd like to keep it that way. With local media under siege, it's more important than ever for us to rally support behind funding our local journalism. You can help by participating in our "I Support" program, allowing us to keep offering readers access to our incisive coverage of local news, food and culture with no paywalls.
Make a one-time donation today for as little as $1.