Here's Every Musician With a Beef or Lawsuit Against Donald Trump 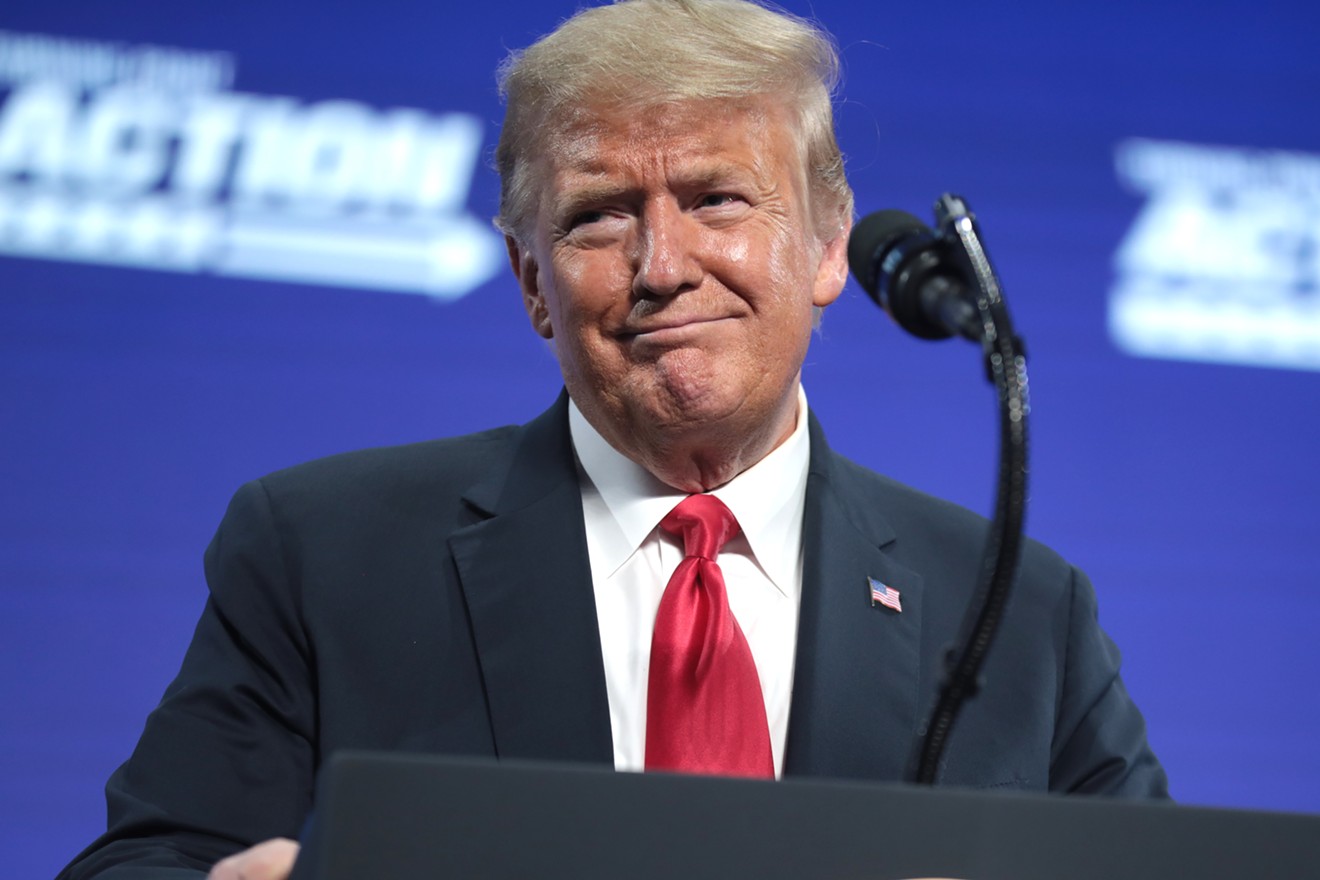 Hit songs and presidential campaigns have gone hand-in-hand since FDR used “Happy Days Are Here Again” to great effect during the Great Depression. Most of the time, candidates have had permission to use these jams to get their messages across to the electorate.

Not so with President Donald Trump.

The current POTUS has blasted a multitude of hit songs at his rallies and campaign events over the past five years, much to the chagrin of the artists behind these tracks. And it isn’t limited to rock anthems.

Bands and performers like R.E.M, Rihanna, The Rolling Stones, and Aerosmith all have taken issue with Trump and his campaign using their hits without permission since he first launched his successful campaign for the White House in 2015.

More than a dozen different artists and acts have condemned the president for unauthorized use of their songs. A few (such as Rock 'n' Roll Hall of Famer Neil Young and reggae singer Eddy Grant) have filed lawsuits for copyright infringement.

Here’s a rundown of every musician and band that President Trump has run afoul of over the past five years. 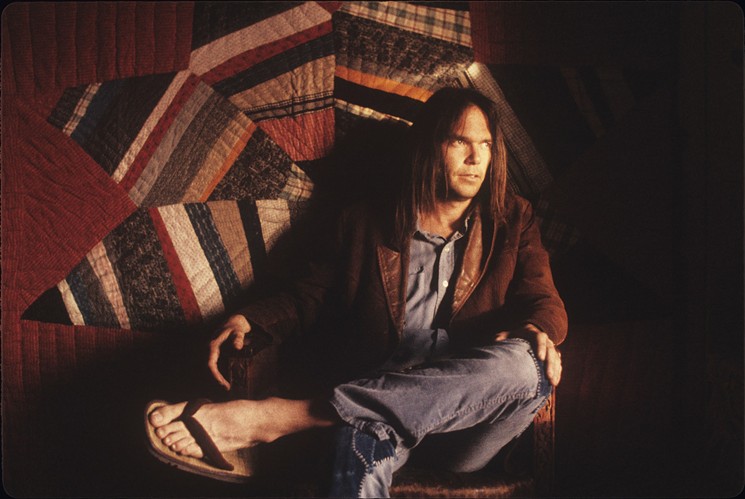 A vintage photo of a young Neil Young.
Henry Diltz

Neil Young has never been shy about sharing his opinion that Trump shouldn’t use his songs at campaign events. In fact, the legendary Canadian-born singer-songwriter has been doing it ever since Trump’s people played “Rockin' in the Free World” when the businessman first announced his candidacy in June 2015. Fast-forward to this summer, and Trump’s campaign is still cuing up Young’s hits at rallies and events without permission, including playing “Rockin' in the Free World" and "Devil's Sidewalk" at a June event in Tulsa, Oklahoma. In August, Young took legal action, reportedly suing the campaign for breach of copyright infringement in U.S. District Court in New York. He’s seeking up to $150,000 per infringement.

The Songs: "It's the End of the World as We Know It (And I Feel Fine)," “Everybody Hurts,” “Losing My Religion”
Action Taken: Considering Legal Action

The members of now-defunct rock act R.E.M also have a longstanding beef with Trump over the use of their tunes. In 2015, frontman Michael Stipe blasted the then-candidate over “It's the End of the World as We Know It (And I Feel Fine)” being used at rallies. He reportedly tweeted, “Go fuck yourselves, the lot of you—you sad, attention-grabbing, power-hungry little men. Do not use our music or my voice for your moronic charade of a campaign.” Four years later, his bandmate Mike Mills got uppity after a pro-Trump video featured “Everybody Hurts” as background music was posted on Twitter. (The video was late removed by the company at Mills’ request.)

R.E.M’s latest issue came in January when “Losing My Religion” and “Everybody Hurts” were both featured at a Trump reelection event in Milwaukee. Mills later tweeted that the band doesn’t “condone the use of our music by this fraud and con man” and is “exploring legal avenues” to prevent further use of R.E.M songs. To date, no legal action has been taken, though.

The Songs: “Dream On,” “Livin’ On the Edge”
Action Taken: Cease-and-Desist Letters

In 2015, Aerosmith frontman Steven Tyler reportedly got Trump to stop playing “Dream On” at campaign events after a strongly worded cease-and-desist from the singer’s lawyers. (In true Trump fashion, the POTUS claimed on Twitter the vocalist “got more publicity on his song request than he’s gotten in ten years.”) Three years later, Tyler’s legal team fired off another letter after Aerosmith’s “Livin’ on the Edge” was played at rallies, citing the “willful infringement” by Trump’s campaign.

Fans of the British-born pop songstress were aghast in 2016 when her tracks “Rolling in the Deep” and “Skyfall” popped up at Trump events. A spokesperson for the artist admonished their use, stating that “Adele has not given permission for her music to be used for any political campaigning.” 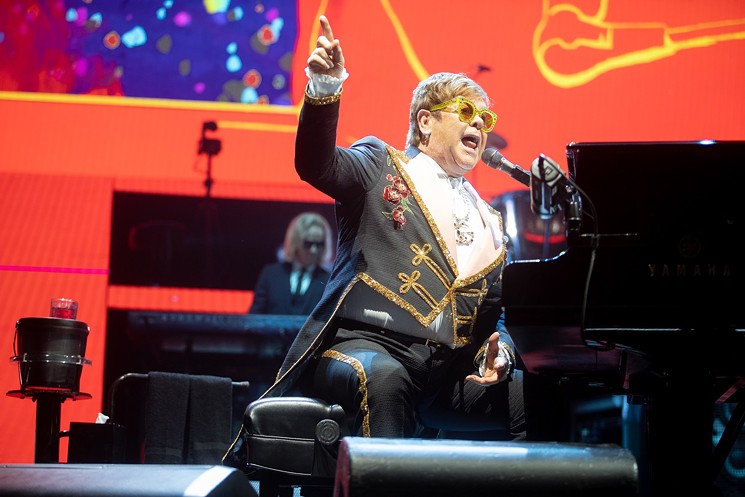 Donald Trump reportedly has had a bit of an obsession with the legendary Elton John. The president has been described by Vanity Fair as a “huge fan” of the rock/pop legend and was known to blast Sir Elton’s tunes on his campaign planes back in 2016. Trump also invited John to perform at his inauguration in 2017, but got shot down. That’s not the only time the artist has rebuked the POTUS, as he’s criticized Trump for using “Tiny Dancer” and “Rocket Man.”

The Song: “We Are the Champions”
Action Taken: Public Condemnation

Brian May of Queen was absolutely livid when Trump utilized “We Are the Champions” as his own WWE-style entrance music while strolling onstage at the Republican National Convention in 2016. The Queen guitarist stated that the RNC and Trump had neither permission nor authorization to play the hit. Other surviving members of the band have also said that further usage of the song would result in potential legal action.

The Trump family’s use of the Beatles song “Here Comes the Sun” to introduce Ivanka at the 2016 Republican Convention also pissed of the estate of the late George Harrison, who wrote the 1969 song. The folks behind the late singer/songwriter’s official Twitter account stated its usage was “offensive and against the wishes of the George Harrison estate.” They also humorously suggested that the Trumps instead use Harrison’s “Beware of Darkness.” 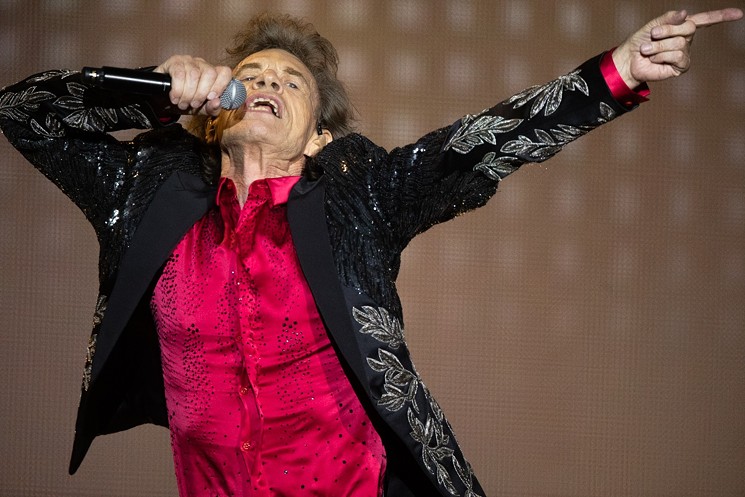 The Song: “You Can’t Always Get What You Want,” “Start Me Up”
Action Taken: Cease-and-Desist Letters/Possible Legal Action

Fellow British rock legends The Rolling Stones also have had a legitimate beef with the current president. After Trump began using both “You Can’t Always Get What You Want” and “Start Me Up” on the regular in 2015 and 2016, Mick Jagger and company demanded he “cease all use” of the songs. The beef was revived in 2020 when Trump’s campaign began using the songs again, prompting the Stones and music rights company BMI to send out another round of letters and threatening a possible lawsuit if the usage continues.

The Song: “We’re Not Going to Take It”
Action Taken: Polite Request to Stop

According to Forbes, Dee Snider of Twisted Sister’s “quietly asked” his pal Donald Trump in 2017 to cease playing the band’s signature hit at a campaign event after its fanbase had a negative reaction to the situation. Trump reportedly agreed to stop, because – if nothing else – he’s definitely down to help out his friends.

The R&B star wasn’t pleased when Trump began having his breakthrough hit, “Happy,” played at rallies in 2018. Lawyers for Williams sent cease-and-desist letters, claiming Team Trump was infringing on his copyright by using the track without permission and reportedly threatened further legal action.

Rihanna definitely wanted Trump to stop using “Don’t Stop the Music” after learning the president was pumping out the R&B/pop single at rallies for Republican candidates in 2018. Her legal team fired off a cease-and-desist, claiming RiRi hadn’t given permission for her song to be used in such a fashion.

In October 2019, Trump retweeted an edited version of Nickelback’s music video for “Photograph,” which included a doctored pic of Joe Biden meeting with a Ukranian businessman. The band weren't amused and neither was their label, Warner Music Group, which filed a claim under the Digital Millennium Copyright Act to have the video removed from Twitter. It wasn’t all bad for Nickelback, though, as they got a bump in sales of the song following the incident.

The estate of Prince has iron-clad proof the Trump campaign broke its word about playing “Purple Rain.” As the story goes, they warned the president in October 2018 about never using the hit again after it was part of the soundtrack of a rally. Trump’s people reportedly swore they wouldn’t, only to go back on that promise a year later at a campaign event in Minnesota. Prince’s estate called them out on Twitter over the matter, but never pursued any action beyond that. 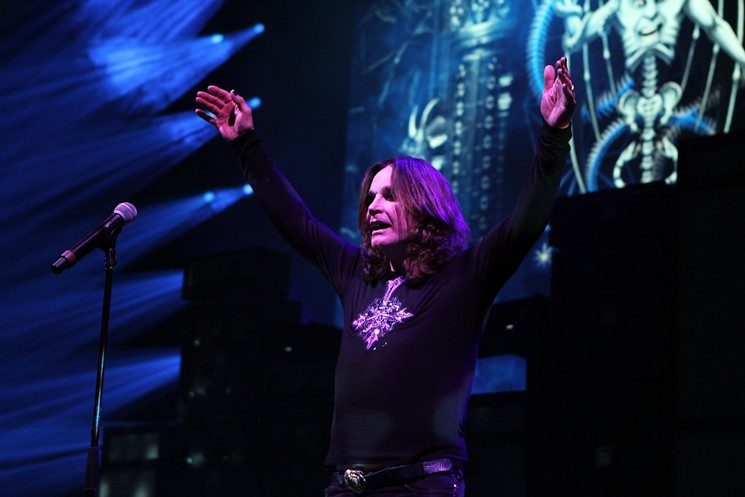 Ozzy and Sharon Osbourne were reportedly pissed off in June 2019 when Trump retweeted a video mocking Democrats that used the Black Sabbath hit “Crazy Train.” No action was taken beyond the making a public statement, which said, “We are sending notice to the Trump campaign (or anyone else) that they are forbidden from using any of Ozzy Osbourne’s music in political ads or in any political campaigns.” The couple also had a suggestion for the president, noting that “perhaps he should reach out to some of his musician friends. Maybe Kayne West (‘Gold Digger’), Kid Rock (‘I Am the Bullgod’) or Ted Nugent (‘Stranglehold’) will allow use of their music.”

The Song: “I Won’t Back Down”
Action Taken: Cease-and-Desist Letter

Trump’s campaign cued up the Tom Petty favorite “I Won’t Back Down” at a rally in Tulsa in June, much to the chagrin of the late rock 'n’ roller’s family. “Tom wrote this song for the underdog, for the common man and for everyone,” they reportedly stated. “We want to make it clear that we believe everyone is free to vote as they like, think as they like, but the Petty family doesn’t stand for this. We believe in America and we believe in democracy. But Donald Trump is not representing the noble ideals of either.” They also threw a cease-and-desist at Trump, in addition to their strong words of condemnation.


Panic! At the Disco

Panic! at the Disco frontman Brendon Urie didn’t pull any punches when tweeting about how the synth-pop act’s song “High Hopes” was used to introduce Donald Trump Jr. at a June event here in the Valley. “Dear Trump Campaign, Fuck you. You’re not invited. Stop playing my song,” Urie tweeted. Okay then. 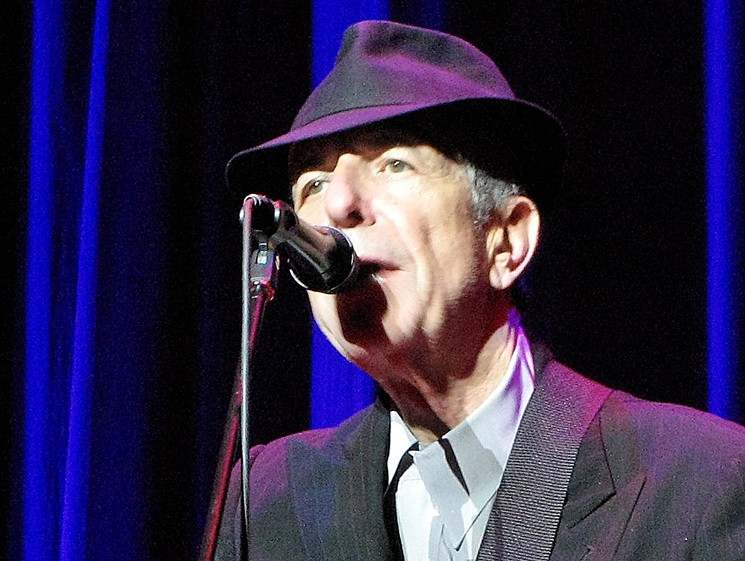 The folks behind Leonard Cohen’s estate were “surprised and dismayed” when a cover version of “Hallelujah” followed Trump’s acceptance speech at this year’s Republican National Convention in August. Cohen’s estate had reportedly rejected an attempt by Trump’s campaign to get permission to use the well-beloved song at the event. In a statement, they condemned the RNC’s “rather brazen attempt to politicize and exploit [one] of the most important songs in the Cohen song catalogue.” The estate is reportedly “exploring [their] legal options” regarding the matter.

In August, Eddy Grant’s attorneys walked down to a federal court and filed a copyright suit against Trump after he tweeted an anti-Joe Biden video set to the reggae singer’s 1982 hit “Electric Avenue.” Lawyers for Grant had previously issued a cease-and-desist to the president’s campaign over the video, claiming it was harming the artist’s reputation.
KEEP PHOENIX NEW TIMES FREE... Since we started Phoenix New Times, it has been defined as the free, independent voice of Phoenix, and we'd like to keep it that way. With local media under siege, it's more important than ever for us to rally support behind funding our local journalism. You can help by participating in our "I Support" program, allowing us to keep offering readers access to our incisive coverage of local news, food and culture with no paywalls.
Make a one-time donation today for as little as $1.