K.Flay on Brutal Honesty and Reading as Meditation 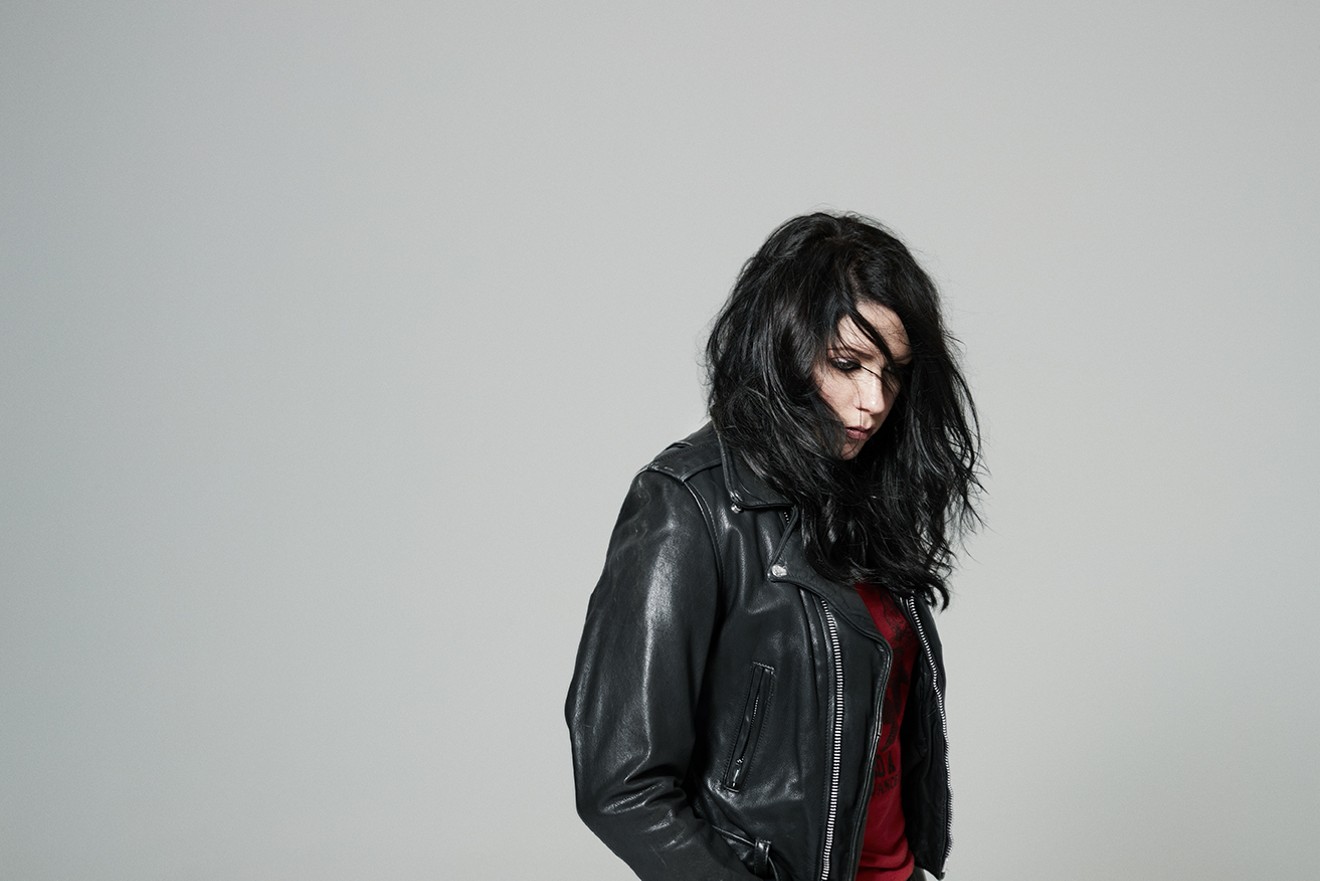 K.Flay brings her introspective songs to The Van Buren. HighRise PR
The first time you hear LA-based alt-pop/hip hop artist K.Flay, two things standout. Her introspective, witty songwriting is both subtle and bold. And her honesty borders on uncomfortable.

Whether it’s her sucking her sorrows away in “Wishing It Was You” or shredding rhymes with Marshall Mathers-like calculation and speed in “Champagne,” K.Flay has made waves since releasing her first mixtapes at the age of 19.

Influenced by Shirley Manson, Tame Impala, Missy Elliott, and Liz Phair, the artist fell into music haphazardly while attending college at Stanford when, in an argument, someone challenged her to write a song. Luckily, that was a decade after her father taught her to play the guitar.

She later moved to San Francisco, had a few internet hits, signed with a major label, left, and then independently released 2014’s Life As a Dog. The album cracked Billboard's Top 20 rap albums chart. Her follow-up, 2016’s Crush Me, was released on Imagine Dragons’ frontman Dan Reynolds' label, and 2017’s Every Where Is Some Where nabbed two Grammy nominations.

K.Flay’s throaty vocals, defiant spirit, breezy rhythms, and textural, gritty vibes make the listener feel interconnected with something deeper than pop, rock, and hip-hop. “That experience is subjective and in the books of our lives, we are both protagonist and narrator," she says. "And narrators have incredible power.”

Phoenix New Times talked with K.Flay as she kicked off her North American tour, which stops in

Phoenix New Times: Even when starting out, did your music always combine several genres?
K.Flay: My outlook since the beginning is just about being creative and curious about music. When I first started out in college, the indie rap scene was taking off, so it was part of my world. Then music started becoming part of my emotional life – which is a relatively recent development. I wasn’t in my 20s until music started to become this emotional touchstone. Then I started listening to more indie/alt rock, going to electronic shows in the city, listening to some hard rock, like Black Sabbath and old Queens of the Stone Age. There’s a band called Lightning Bolt that I got super into. Stuff that feels heavy without actually being metal is what I like.

So hip-hop was your headspace growing up, and the genre’s misogynistic bent led you to create some mix tapes that led to your 2012 signing with RCA records, and you ultimately left because of differences in opinion. How do you perceive the current state of equality in music?
We’re far from a place of equality. The fact that these conversations are occurring in the mainstream is a positive, but I mean — not really! For the music world, there’s been a door opened with these conversations, and they show that the bigger straight-edge world of corporate America is behind music and art and film more than ever. And that’s a good thing.

Besides a range of genres, you’ve noted literature, specifically author Marilynne Robinson, as an inspiration for you as well.
Reading is my personal form of meditating. What drew me to her prose was that it’s not excessive in any way; I can’t take things that are hyper-descriptive. Hopefully, one can write something that’s relatively poignant in a minimal amount of words. While the parameters of the human mind can be expanded, they’re kinda finite for most of us. So we’re all talking about the same thing: happy, in love, out of love, depressed, feeling connected, or not connected. The real challenge in writing and art is how to say the same thing and how that feels in a novel or resonant way.

Your song “Blood In The Cut” has been a big hit, but can you indulge the story behind “High Enough,” a song we’ve been hearing a lot about?
It’s just our culture where every song seems to be like, “We’re so fucked up/high!” I spent the first 22 years of my life completely sober. All of my formidable years were completely clear minded — and I never felt like anything was missing from that experience. It always struck me looking back that I derived so much happiness and joy from pure experiences. So why is everyone writing songs about being fucked up and how that’s cool? But I have always mostly felt like I’m already high enough. A moment or experience can be enough with nothing else added into the equation.

Why didn't you experiment with anything for so long?
My dad died when I was 14 from drugs and alcohol, and he dealt with that his whole life. So for me I didn’t even think about that… it wasn’t like I even called myself sober. His death and his struggles in that world were really frightening to me when I was younger. So I didn’t want any part of it for a long time.

Your lyrics say what a person might be thinking in private, sort of oversharing, and while it can be come off as uncomfortable it’s also electrifying. How does that affect your personal life?
Surprisingly very little. I think it was the first mixtape I put out, I Stopped Caring in ’96, when I stepped into that lake, and once you’re in, you’re in. I’ll go back and listen to things, and cringe at myself for saying it that way or revealing it. I tell my friends and family to be prepared to hear things that could be upsetting, but also to remember that the voice in my music isn’t the voice of my whole life. When I’m feeling grounded and happy I don’t tend to write songs. It’s the darker side of my mind. It can be very liberating when you’re openly honest.

K.Flay is scheduled to perform at The Van Buren in downtown Phoenix on Sunday, January 14. Tickets to the 13-and-over concert are $22 to $89 via The Van Buren website.