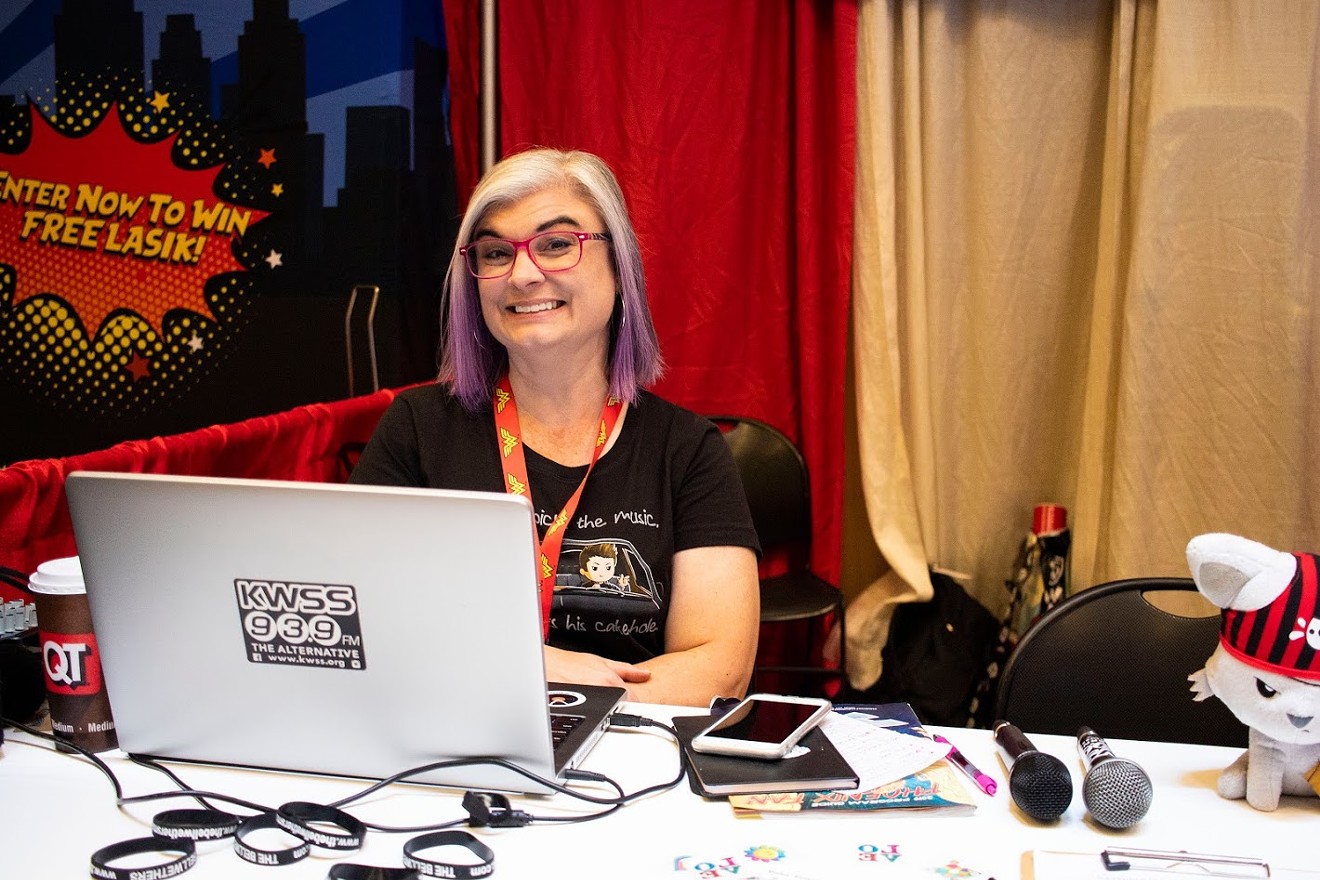 Cutler, who also writes "Dani's Local Dish" for Phoenix New Times, is now celebrating 13 years volunteering at independent radio station KWSS 93.9 FM this month. To commemorate the milestone, Cutler and KWSS are having their annual Plus-One show on Friday, March 13, at Pho Cao in Scottsdale. The lineup includes Ali A and the Agency, Radio Blonde, Break the Robot, and Sophie Dorsten.

“I’ve got all these wonderful bands to come and help celebrate,” says Cutler. “It’s not even all about me. It’s an excuse to put a show together to have people come and hear some local music and have a good time.”

Since she started in 2007, she moved from recording voice tracks for the midnight show to morning radio host, which she’s done since 2016. Anything Cutler has done in life, from helping local musicians find a voice or working with CASA to help foster children, has revolved around how she could help the “little guy” or the one who wasn’t doing as well as the other.

“This community is just so damn amazing. Not just the musicians but the people, arts, everything,” she says.

Cutler’s work with KWSS has made her the “scene mom” to the local music community, and the online multimedia publication YabYum Music and Arts gave awarded her their 2019 Spirit Award.

“I want to take care of this scene," she says. "It’s a badge of honor and a title I appreciate.”

Cutler says there have been times where she felt that she needed to step away from the station. But she said no matter how big the problem was or dire the situation, things always worked in her favor.

“Radio has always been there, and the universe has always let me know that this is what you need to stick with," she says.

Cutler doesn’t know where she sees herself 13 years from now. For now, she wants people to keep listening to those local musicians she loves so much.

“We make an impact, and those people are listening (to us) every day, and they’re hearing the local bands and the spots for the show we help promote,” she says. “ I just want to continue to see that grow.”

The KWSS Lucky 13 Plus One Show is scheduled for Friday, March 13, at Pho Cao, 7436 East McDowell Road in Scottsdale. Tickets are $10 via Eventbrite.
KEEP PHOENIX NEW TIMES FREE... Since we started Phoenix New Times, it has been defined as the free, independent voice of Phoenix, and we'd like to keep it that way. With local media under siege, it's more important than ever for us to rally support behind funding our local journalism. You can help by participating in our "I Support" program, allowing us to keep offering readers access to our incisive coverage of local news, food and culture with no paywalls.
Make a one-time donation today for as little as $1.