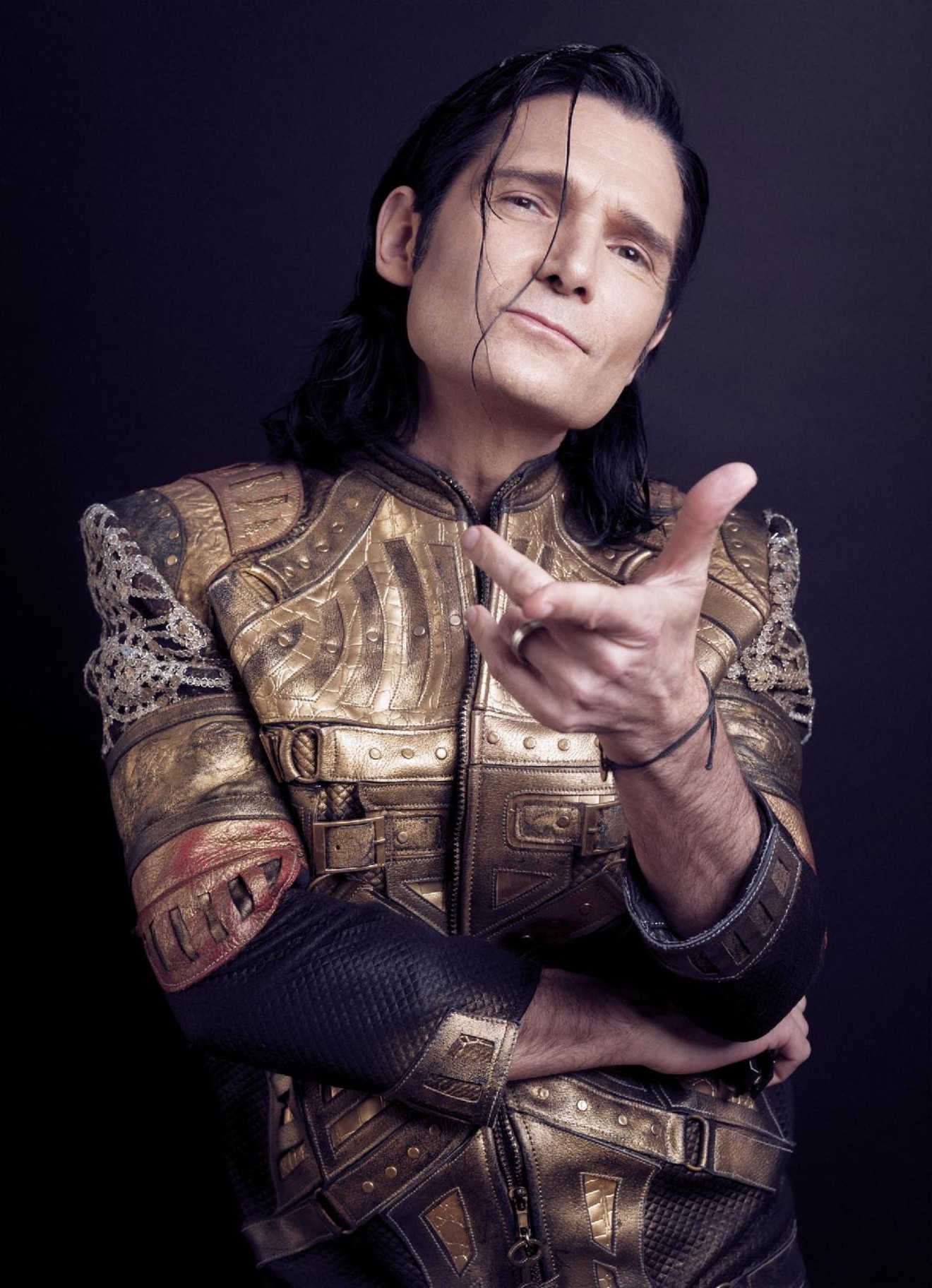 Corey Feldman isn't back — he never went away. Manfred Baumann


It's hard to get a word in edgewise when you're talking to Corey Feldman about his music. The 51-year-old star is best known for his roles in classic movies like The Lost Boys, Stand By Me, and The Goonies, but these days, it's his music career he's focusing on, and it's clear he's passionate about it.

His latest release is the Love Left 2.1 box set, a collection of remixes and remasters of music Feldman released between 1986 and 1994, plus newer material. It adds up to about six discs' worth of music that bounce from genre to genre; the social justice tune "Rockin Revolution" sits alongside the funky "Perfect Woman," the blues-tinged "Quit Ghostin' Me," pop number "That Song" that Feldman wrote with his teenage son, and the hip-hop single "Comeback King." It may not be cohesive, but it's fun.

You can hear it in person if you head to Marquee Theatre tonight, Wednesday, August 17, when Feldman kicks off his latest tour in Tempe.

We talked to Feldman in advance of the show about music, movies, and more. The interview has been edited for length and clarity, because like we said, he's chatty.

You said in an interview with American Songwriter that music is your first love. What was your connection to music growing up?
Maybe that's a slight exaggeration. My first love is God, let’s start there. My second love is my child and my wife, kind of on equal terms. And then my third love is music. We’ll go with that. As far as the arts go, it’s my first love.

It was just what I gravitated toward because it was rich in my family. There was a lot of musicality going on from my father [Bob Feldman, of The Strangeloves] being in a band. My whole childhood, he was going from one band to another. He was always the bass player and usually the lead singer. So I got used to seeing him as the strong man at the front of the stage with the microphone.

There were always rehearsals going on. A drum set in the middle of the living room or speakers set up and PA systems. I remember always playing and being on the ground with other kids that were the kids of the other guys in the band. So it was this family kind of environment, probably more so than most of my other life. The rest of my life was going to sets and going to school and getting bullied and all that other weird stuff that was going on.

For myself personally, my mom [Sheila] would have me get roles by singing in auditions. A lot of people don’t realize this. They always say, ''Oh, you were acting first," but the truth of the matter is that it was very much the opposite. I was singing first, and the way I got my jobs was my mom would have me go in and sing for my audition. At 3 years old, you don’t know how to read a script.

How would you describe your music to someone who hasn't heard it?
I could never do that actually because of the fact that my music is so very, very very diverse. It’s like this wide spectrum. Depending on what album, what era, what incarnation, you’re going to get a different experience.

[On his solo work], you could get EDM in one song, you could get hip-hop in another. You could get R&B, rock, it’s just all over the map, but you’ll notice that they all tend to be in the pop vein — a rock-pop song or an R&B-pop song. It’s not going to be a crazy experimental 10-piece jazz odyssey.

With the solo work, I always just write a bunch of pop songs, but it turns out that when I start to figure out which ones I want to actually include on the album, I go right back to storytelling mode, and I put it together as a piece and a flowing work that doesn’t just jump from one song to the next out of nowhere, but it has a flow to it and an art. And that’s very old school of me, right? Because everyone just releases singles these days. But for me, I still believe in storytelling, so I try to tell a story in every song that I write, and tell a bigger picture, a bigger story through the curve of the album.

A lot of people come to your shows to see Corey Feldman the actor. What do you think about the people who still care so much about your films?
It's an honor that people even remember, and the fact that they're still so special to people and live so deeply in people’s hearts and minds and memories, it’s humbling. It really is. But that said, I don’t feel like that was the pinnacle of my career. I feel like that was the first stage of my career, the first step, and who knows where it leads from here? Hopefully upward. But we just continue to go out and do the work every day.
KEEP PHOENIX NEW TIMES FREE... Since we started Phoenix New Times, it has been defined as the free, independent voice of Phoenix, and we'd like to keep it that way. With local media under siege, it's more important than ever for us to rally support behind funding our local journalism. You can help by participating in our "I Support" program, allowing us to keep offering readers access to our incisive coverage of local news, food and culture with no paywalls.
Make a one-time donation today for as little as $1.