With Her New Album, Taylor Upsahl's Sound Is All Grown Up 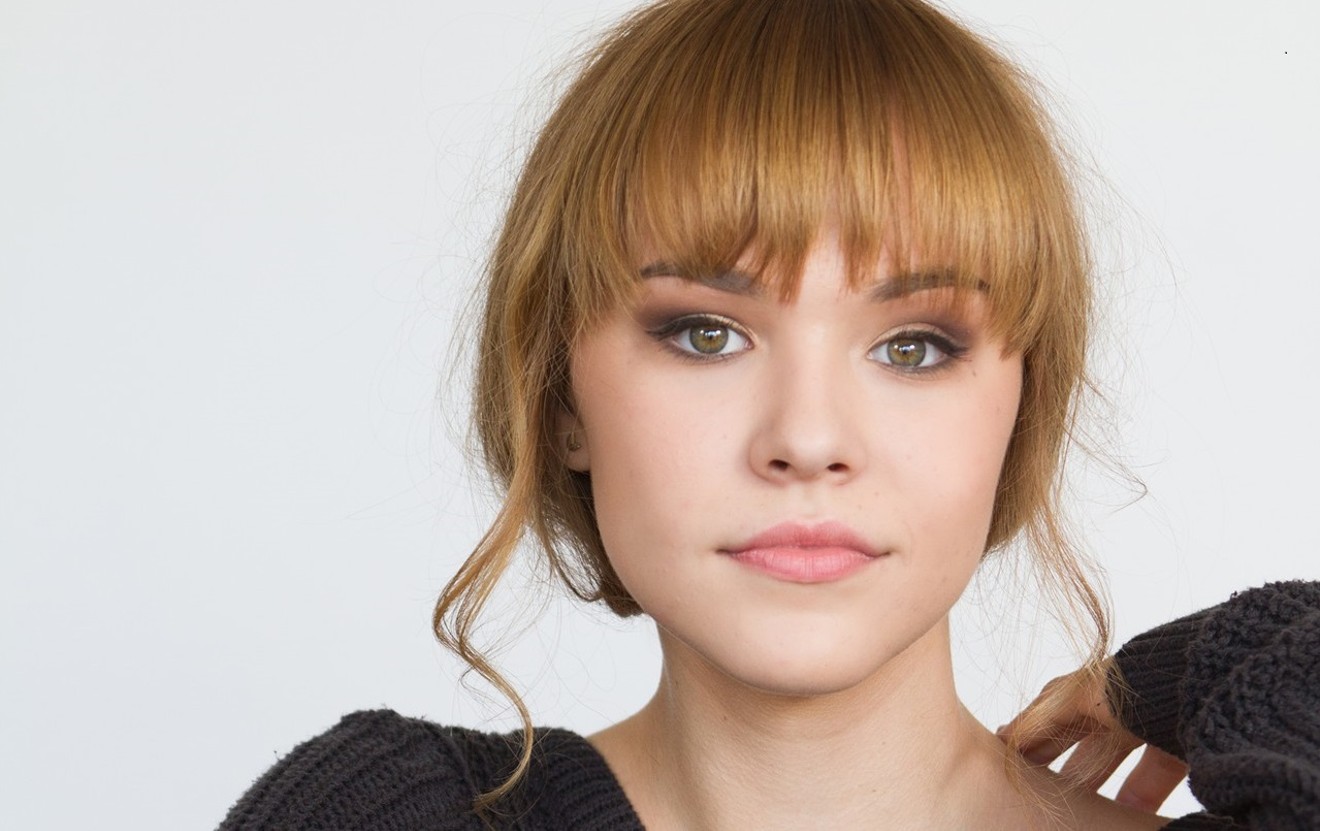 It’s one thing to watch artists and musicians figuratively “grow up” as they progress in the local scene, but with Taylor Upsahl, we’ve literally watched her grow up while making music.

Upsahl was 14 when she released her debut album in 2013. Less than two years later, she released the full-length follow-up, Viscerotonic, which stunned new listeners and established fans alike with a noted maturity in both the music and the lyrics.

On February 25, Upsahl will release her new record, Unfamiliar Light, at Valley Bar, joined by Citrus Clouds and Lost in the Sun. It’s unlike her previous releases on multiple levels. First, it’s a succinct EP instead of a full-length album. Second, it’s the first record released under simply “Upsahl,” and most importantly, it’s a giant leap forward, sonically speaking. In four years, Taylor Upsahl has gone from child-prodigy folk singer to a teen alternative chanteuse, and still it feels like this is only the start.

If you’re not familiar with Upsahl’s previous work, Unfamiliar Light should leap off the player as a breath of fresh air; if you’ve been a fan, you’ll be blown away by the quantum leap in sound and vision. The making of the record was not without its challenges, though.

Taylor Upsahl at McDowell Mountain Music Festival, Friday, March 11, 2016.
Melina Dellamarggio
“I started recording this album at a studio in northwest Phoenix, but I wasn’t very happy with how the recording process was going ... so I finished the album with Bob Hoag at Flying Blanket,” Upsahl says. “That’s where it all came to life for me.”

Upsahl approached this new EP a little differently. She created a vision of what she wanted long before getting to the studio.

“When writing and recording Unfamiliar Light, I aimed to keep it in the alternative direction, straying from the acoustic, singer-songwriter vibe of my last two albums,” Upsahl says. “I wanted a bigger sound, and I wanted it to be the type of material that is relevant to our time and to any listener.”

If you’ve heard “Digital Papers” or seen the video, you will know that one of the most striking features of the song is its fascinating rhythms and the presence of a blazing guitar, which seem like new companions for Upsahl’s ever-stellar voice.

“This new sound consists of a lot of weird rhythms that we just sort of jammed out one night and decided, ‘Oh, this actually works!’” Upasahl laughs. “We also generated a bigger sound by adding an electric guitar into the mix, which I think is what I’ve been missing in my music.”

Upsahl is not only genuinely excited about this record, she’s also humble and gives credit where credit is due.


“I’m really proud of how this album turned out. I also am very lucky to have the coolest band members ever,” Upsahl added. “Dale Goodman, Anthony Germinaro, Rachel Rinsema, Dylan Spitler, and my dad, Mike Upsahl, all are such creative individuals and artists, and it’s really an honor to write, record, and play music with them.”

The release show promises to be something spectacular, and like the record it’s celebrating, this will be unlike any previous Upsahl show. “We’ll be playing all of the new stuff that no one has heard yet, along with songs from my last album, so it’s going to be the kind of show that no one has seen from us,” Upsahl says.

Even before releasing this record Upsahl has her sights on the future.

“I’m excited to further evolve my sound as I move into recording my next album,” she says.
I’m pretty sure everyone is just as excited to witness this evolution.

Upsahl is scheduled to play Valley Bar on Saturday, February 25.

KEEP PHOENIX NEW TIMES FREE... Since we started Phoenix New Times, it has been defined as the free, independent voice of Phoenix, and we'd like to keep it that way. With local media under siege, it's more important than ever for us to rally support behind funding our local journalism. You can help by participating in our "I Support" program, allowing us to keep offering readers access to our incisive coverage of local news, food and culture with no paywalls.
Make a one-time donation today for as little as $1.
Mitchell Hillman