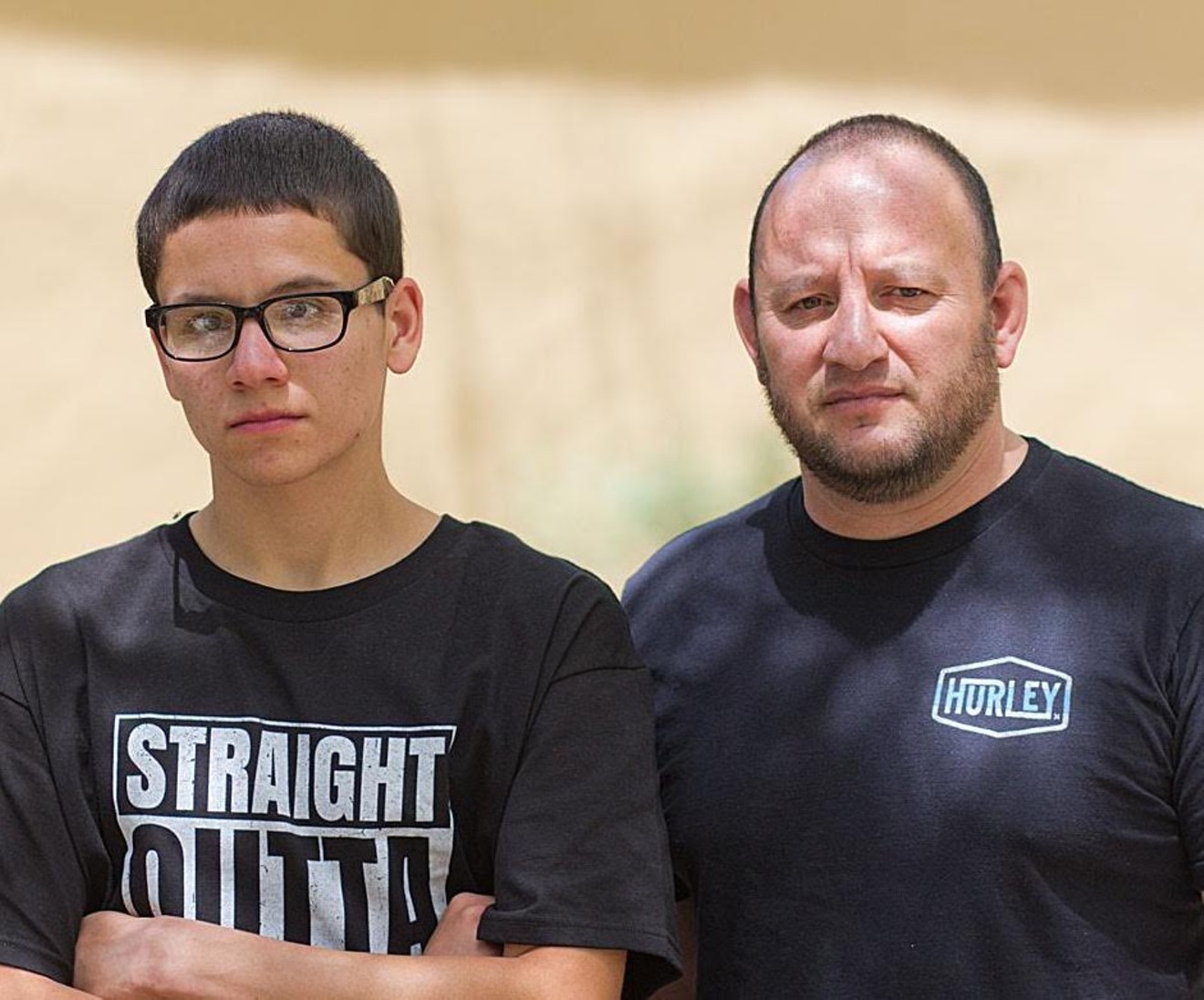 Steve Renner, right, has stood by his son, Stephen, through years of difficulties. Tom Carlson

Officials at the Arizona Department of Juvenile Corrections are refusing to release a report on mental-health conditions in its locked facility, Adobe Mountain.

The report was authored by Nicole Taylor, director of mental-health services for the Arizona Department of Corrections. It was created at the behest of ADJC interim director Jeff Hood. (Coincidentally, Governor Doug Ducey made Hood's appointment permanent earlier this week; Hood had served as the agency's interim director since September 2016.)

A series of emails between Hood (who worked at DOC for more than 30 years before joining ADJC) and Taylor obtained by Phoenix New Times in a public records request reveal that in late 2016, Hood asked Taylor to interview ADJC staff and review medical records. She did, and per Hood’s instructions, created a written assessment.

ADJC spokesman Chris Hegstrom provided the January 6 email in which Taylor sends Hood her report – but has refused to provide the attachment, claiming protection under an Arizona law designed to keep quality assurance reports secret.

Despite redactions in the email exchange between Hood and Taylor, it’s apparent that Taylor’s report addresses one specific ADJC inmate, most likely Stephen Renner, the subject of a June 2017 New Times cover story.

Renner’s father, Steve, has been highly critical of ADJC. Hundreds of pages of documents he provided New Times show that during the years his son was held at Adobe Mountain, the boy did not receive medication or much in the way of mental-health treatment, despite incidents of self-harm and other apparent cries for help. He was never placed in ADJC’s mental-health unit, despite repeated requests from his father.

Stephen was released last June but was back in ADJC custody several weeks later after testing positive for marijuana, his father says.

“When the issue of Renner's treatment came before Director Jeff Hood he ordered an outside consultant from ADOC (Psychology Director of oversight for adult corrections Dr. Taylor — female) to provide him a report. The report was so damning that copies, after reading, had to be immediately turned back in due to the negligence outlined by Dr. Taylor.

“Get that report, which the father's lawyer should be able to do and — game over. Focus on mental health classification (M2), which should decide placement, and focus on medication issues.”

But Renner’s father doesn’t have a lawyer. He did ask ADJC for the report last September. He was refused. New Times asked in October, and was also refused.

In its refusals to both parties, ADJC cites Arizona Revised Statute 36-2403.

That doesn’t pass the sniff test for one media lawyer, who says the law appears to be designed to protect health care entities conducting morbidity analyses, not a state agency potentially providing substandard care to a kid in its custody.

“This is outrageous that this father can’t get this information about his child and the state is apparently unaccountable to him and to a lesser extent the public,” says Dan Barr, director of the Arizona First Amendment Coalition.

The law is vague, Barr says, in its references to “quality assurance information.”

Steve Renner says he’s contacted several state agencies in his quest to get his hands on the report. From the Arizona ombudsman to the attorney general’s office, he has been refused.

Nicole Taylor did not return a message requesting comment. Ducey's office and the Department of Corrections were cc'ed on New Times' public records request but never responded.

It’s curious that the Arizona Department of Corrections would be asked to weigh in on mental-health services at all, given that agency’s track record of late. In 2017, DOC was sharply criticized after two inmates committed suicide within a week’s time. Health services at DOC have been under scrutiny (including as part of a settlement in a class-action lawsuit) for years.

According to his father, Stephen Renner is still not in a mental-health unit, and is not medicated; his release date has been extended because he continues to act out.

“All I ever wanted was my son to get help,” Renner says. “It’s a real shame, because he’s the one who’s going to suffer for the rest of his life.”

Amy Silverman is a two-time winner of the Arizona Press Club’s Journalist of the Year award. Her work has appeared on the radio show This American Life and in the New York Times, the Washington Post, Lenny Letter, and Brain, Child. She’s the co-curator of the live reading series Bar Flies, and a commentator for KJZZ, the NPR affiliate in Phoenix. Silverman is the author of the book My Heart Can’t Even Believe It: A Story of Science, Love, and Down Syndrome (Woodbine House 2016). Follow her on Instagram (@amysilverman), Twitter (@amysilvermanaz), and at amy-silverman.com.
Follow:
Facebook: Amy Silverman
Twitter: @amysilvermanaz