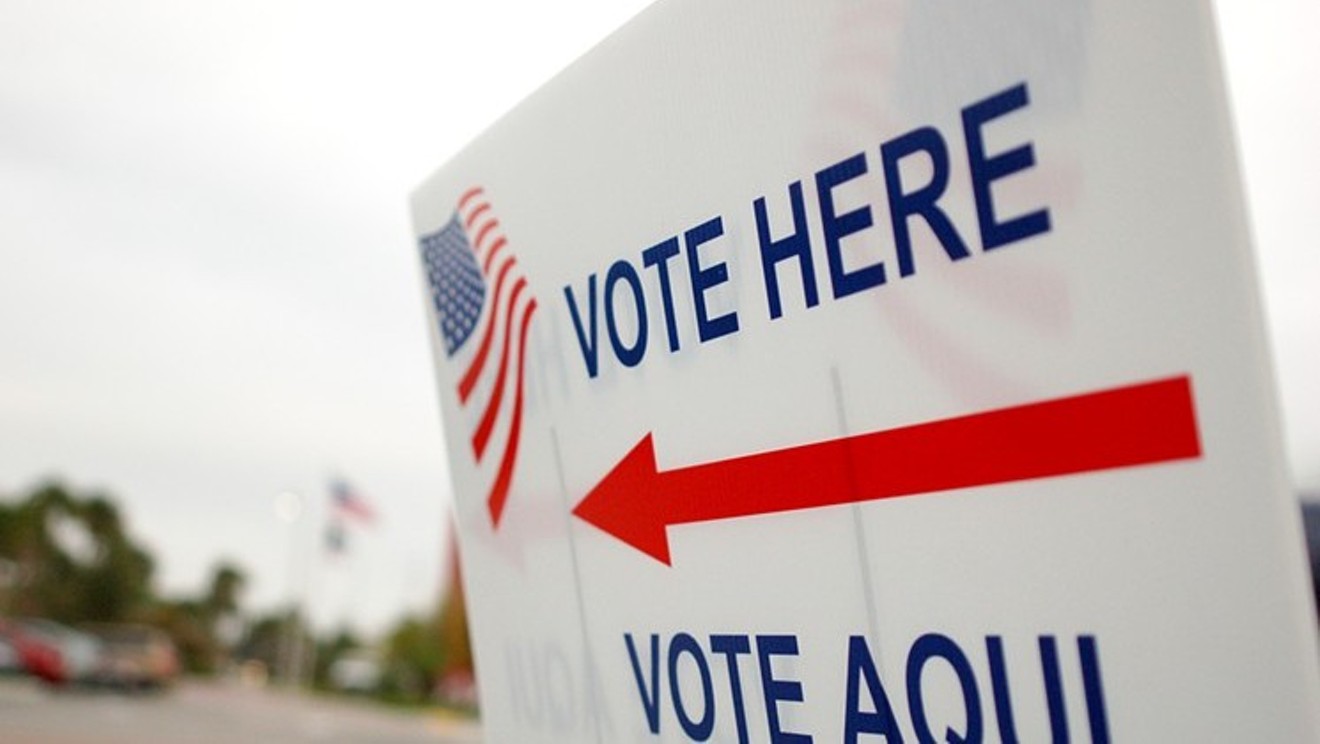 Under the banner of tightening election security, lawmakers want to create a new election bureaucracy, make it a crime to misplace a ballot and ban most drive-up voting.

It's no surprise that Arizona politicians are keen to change election laws in the state after a contentious presidential election and partisan audit.

While it's unlikely that all the bills — or any — would make it out of committee, here is what the legislature will start considering on Monday.

About 1,900 bills were filed in the Arizona House and Senate in 2021 during the regular session and 446 were signed into law, or about 23.4 percent of bills became law last year.

Arizona isn't alone in the flurry of election-related legislation, there were 3,676 bills related to election law in state legislatures nationwide in 2021, the highest since the National Conference of State Legislatures began tracking the metric in 2001. But 285 bills across 42 states and two U.S. territories beca
click to enlarge 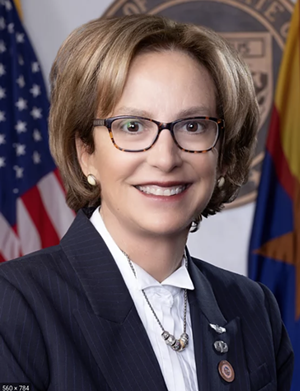 In Arizona, State Senator Wendy Rogers, who represents rural Coconino, Yavapai, Navajo, and Gila counties in District 6, wants to set aside $5 million to stand up a new state governmental entity, a Bureau of Elections through SB 1027. The sole purpose of this bureau would be to investigate any allegations of fraud in local, county, or state elections.

Rogers is also stumping to make primary and general election days paid holidays for all workers in Arizona. Some argue SB 1043 could increase voter participation.

At the same time, with SB 1085 she wants to prohibit any drive-up voting process for everyone who is not disabled and protected by the federal Americans with Disabilities Act law for reasonable accommodations. Progressive election officials have pushed back already.

"If you were wondering whether or not the attack on voting rights was over in AZ, it's not. They want us to ask people for proof of disability for drive-up voting and limit drop boxes," said Pima County Recorder Gabriella Cázares-Kelly on Twitter. "Not only is it impractical to ask voters to disclose their disability status, it is reprehensible and unacceptable to do so."

Employers are not allowed to ask individuals if they are disabled according to the Americans with Disabilities Act, so it seems unlikely that ballot box volunteers would be legally permitted to do so.

Special paper stock is another popular election reform among Republicans. Senator Rogers' bill, SB 1028, would require contractors to sell paper ballots with watermarked, holographic designs with thermochromic or photochromic inks with stealth numbering in ultraviolet, infrared, or taggant inks with a unique bar code that tracks the ballot through the whole process. The cost for such a paper was not disclosed in the bill. Arizona State Representative Mark Finchem
Gage Skidmore/Flickr
A cohort of Republicans wants to see all voter ballots once cast during an election to become public records with digital images searchable online in HB 2023. The group is led by Finchem, but co-signed by Judy Burges, Lupe Diaz, Tim Dunn, John Fillmore, John Kavanagh, Kevin Payne alongside Senate Presidenti Karen Fann, along with Borrelli and Vince Leach. Voting registration records are already public records such as Democrat or Republican, addresses, and phone numbers. But the votes themselves are not public records.

State Republican Senator Michelle Ugenti-Rita proposed SB 1008 to change the margin of victory for a recount during an election from one-tenth of one percent (or 200 votes or fewer) to one-half of one percent of the total votes for the two most popular candidates. During the 2020 presidential election, Joe Biden won 49.4 percent of the vote and Donald Trump won 49.1 percent of the vote, a difference of 0.3 percent, or 10,457 votes.
click to enlarge 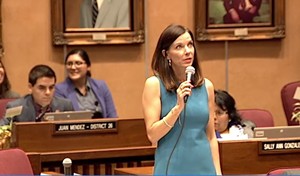 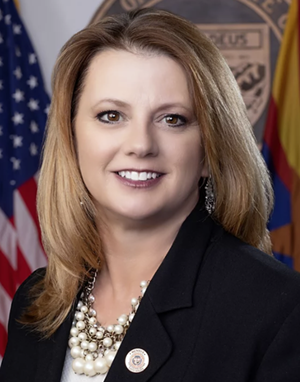 
With SB 1012 , she wants to mandate the Arizona Secretary of State's office to provide access to a statewide voter registration database during any election integrity audit. She would, with SB 1054, designate a committee to review election equipment security and deliver post-election reports to the legislature.

Townsend also wants to penalize any contractors who fail to perform on election-related contracts to face misdemeanor charges on top of monetary damages with SB 1055. Meanwhile, anyone who misplaced a voter's ballot could face misdemeanor charges in SB 1056. If that ballot is misplaced and can't be counted in that election, the voter can file an action for damages against the election administers for the loss of their right to vote.
KEEP PHOENIX NEW TIMES FREE... Since we started Phoenix New Times, it has been defined as the free, independent voice of Phoenix, and we'd like to keep it that way. With local media under siege, it's more important than ever for us to rally support behind funding our local journalism. You can help by participating in our "I Support" program, allowing us to keep offering readers access to our incisive coverage of local news, food and culture with no paywalls.
Make a one-time donation today for as little as $1.