Arizona's Low-Income, Low-Level Crime Suspects to be Released Without Bail 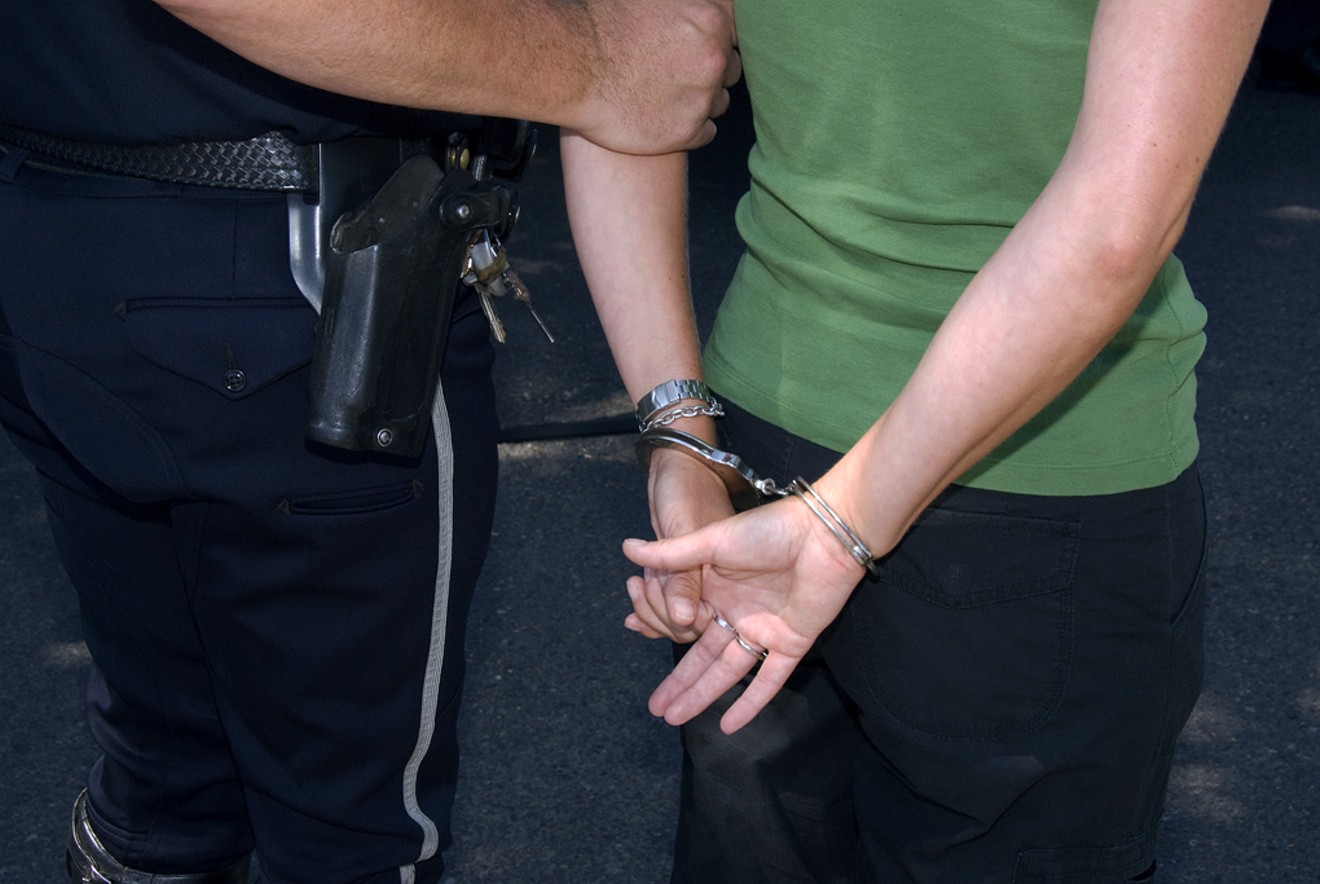 Smallman12q via Wikimedia Commons
Crime suspects who have little or no money will soon be released in routine cases without bail in a major change to the Arizona court system.

The rule change ordered by the Arizona Supreme Court in December will go into effect on April 3.

Meanwhile, the State Legislature is debating four bills that supplement and expand the change.


"The only thing you're really doing is separating people who have money from people who don't have money." — Court Director Dave Byers on the current cash-bail system.

The bills would give low-income Arizonans who have committed low-level crimes a discount on court fines, or waive them completely. Old court debts would vanish. And all motorists would catch a break with the easing of rules regarding driver's license suspensions.

Regardless of what happens to the bills, the bail-system rules ordered by Chief Justice Scott Bales on December 14 will usher in a new era of leniency that some believe is long overdue.

Not everyone agrees with the new rules, though.

A local bail-bond company owner said she fears her livelihood is about to end — and that the public should fear the presence of more criminals turned loose after their arrest.

But Dave Byers, Arizona's Administrative Director of the Courts since 1992, said Arizona's judicial system is helping to pioneer national reform.

Most of the time, when a suspect appears before a judge after an arrest, the crime is relatively minor, and so is the bail amount.

That can result in unwarranted jail time for a suspect, and a financial burden for the court system — all without clear benefit, according to Byers, .

"Over time, people have realized that we're one of only two countries in the world that require people to pay somebody some money to get out of jail — I think it's us and the Philippines," Byers said. "What people determined is when you impose money in the system, the only thing you're really doing is separating people who have money from people who don't have money."


Byers said the way the system works now, suspects in a drug-cartel bust might deposit a $200,000 bail bond and secure their release within hours, while impoverished suspects in a low-level drug crime sit in jail because they can't scrape up $50.

Studies show that suspects considered low- or medium-risk are more likely to show up for court when they don't have to deposit a bond, he said.

"There are hundreds, if not thousands of people jailed every day with bonds less than $500 or $1,000," he said. "They can be safely returned to the community."

Bail is the money the court may impose as a condition of release. The bond is the promise to pay, or the payment of, the bail.

In serious felony cases with a high bail amount, a suspect or suspect's family might use a bail-bond company to pay 10 or 15 percent of the total bail amount, or put up collateral for the same amount.

Bonds can also mean a small cash amount paid up front, a partial payment as a deposit on the total bail amount, or the suspect's promise to pay something if he or she skips a court hearing.

The bail reform and other planned changes resulted from the aftermath of the 2014 shooting of Michael Brown, an unarmed black teenager, by a white police officer in Ferguson, Missouri, Byers said.

After the shooting, which stirred national debate and spurred the rise of the Black Lives Matter movement, the U.S. Department of Justice analyzed Ferguson's justice system.

Officials found that all too often, the city's police and court system oppressed low-income residents caught up in minor crimes.

"Minor offenses can generate crippling debts, result in jail time because of an inability to pay, and result in the loss of a driver’s license, employment, or housing," a March 2015 DOJ report states. 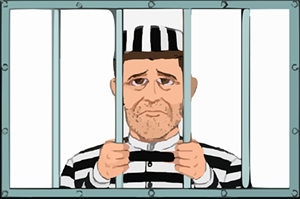 Pixabay
In response, the Arizona Supreme Court put together a task force of lawyers, judges, and other stakeholders in the criminal-justice arena.

In August, the "Fair Justice for All" task force released its findings and recommendations on fines, penalties, fees, and the release of crime suspects before their trials.

Bales' December order adjusts the pretrial release part to make courts around the state adhere to the task force's suggestions.

"The court must not impose a monetary condition that results in unnecessary pretrial incarceration solely because the person is unable to pay the bond," his order states.


If a judge decides money is necessary as a condition of release, the judge "must impose the least onerous" type of bail bond "in the lowest amount necessary to protect other persons or the community from risk posed by the person or to secure the person’s appearance."

The rule doesn't affect cases in which the denial of bail is mandatory under state law, like for sexual assault suspects.

Bales' order also requires courts to assign lawyers to any indigent crime suspect — even those charged with misdemeanors.

At the pretrial stage, the lawyers will limit their representation to making sure bail isn't being imposed unduly on a poor person.

The order requires courts to make a "risk assessment" of suspects to determine if the person is likely to skip court hearings or endanger the community if released.

The effect can already be seen in cases like that of Micheal Preston, a 41-year-old transient arrested last week on suspicion of damaging transmission equipment at the antenna farm on top of South Mountain.

A court commissioner released Preston on his own recognizance, without bail, despite the suspect having been accused of causing tens of thousands of dollars in damage and being charged with three felony counts.


Bail reform actually began in Arizona in 2013 when retired Chief Justice Rebecca White Berch ordered judges to begin assessing a defendant's actual risk of danger to the community or missing a court hearing before they set bail.

But the coming bail-system change takes the reform to a new level. Several other states have launched similar reforms, including New Jersey, New Mexico, and Indiana.

The Arizona Prosecuting Attorneys’ Advisory Council, in a formal comment to the state Supreme Court in October, argued against several aspects of what was then a proposed rule.

APAAC argued that the risk-assessment plan launched for felony cases was fine, but expanding it to those accused of misdemeanors will be expensive for taxpayers.

Prosecutors are wary that the new bail rule will create problems, and are skeptical of the underlying rationale.

"There is no empirical data showing that unrepresented indigent defendants 'languish' in jail due to a lack of appointed counsel," the group wrote. "On its face, the proposal appears to be a solution searching for a problem."

The rule barring pretrial incarceration solely because of the person's income level "should not be a rule of criminal procedure," the group states.

The objection raises several questions about how the new system will work.

"It is not uncommon in a misdemeanor trespass case that a bond of $50 is set for a homeless or transient defendant because that is the only means to assure their appearance in court," APAAC wrote.

"If there is no alternative means established by which to ensure the defendant's appearance, is a bond permissible for someone who is indigent and penniless? This is unclear."

Interestingly, the prosecutors also took issue with a line in Bales' order that says, "All persons charged with a crime but not yet convicted are presumed to be innocent," claiming it was "unnecessary or 'gratuitous.'"

Bales left the line in his order.

The "sneaky" rule change by Bales will result in more people skipping court hearings and further disdain by criminals for the court system, she said.

Besides that, the rule "will put me out of business," she said, adding that her business may be one of 25 or more that could dry up for a lack of customers.

She and several other company owners filed a complaint last month with the State Supreme Court, she said, but have yet to hear back.

Whatever the concerns, the new direction seems to enjoy wide support.

Most Arizonans support bail reform, according to a survey conducted from November 28 to December 4 by Arizona State University's Morrison Institute.

Only 30 percent of respondents said they would agree a suspect should remain in jail solely because of the inability to pay a bond, the survey showed. Survey takers, who for whatever reason tended to skew Democrat, agreed overwhelmingly that a risk-assessment program was better than a strictly cash-bail system.

At the State Legislature, a bipartisan team led by Republican Sonny Borrelli of Lake Havasu City is tackling other reforms suggested by the judicial task force that the court system can't implement on its own.

The reform bills include:

• Allows courts to order community restitution in lieu of payment of fines or fees in cases when the defendant has no money.

• Reduces interest charged by the state in restitution orders from 10 percent to 4 percent.

• Allows courts to forgive the debt of defendants in some cases, such as when the debt is more than 20 years old.

• Eliminates a court's ability to revoke probation or parole and send a person to prison when a person has "willfully failed" to pay a fine or other court-ordered debt.

• Makes driving on a suspended license a civil offense instead of a misdemeanor crime, if the license was suspended because of failure to attend a court hearing or failure to pay a monetary obligation in the case.

• Instead of a blanket ban on driving, defendants would be granted the ability to commute to work, school, a doctor's office, or other needed locations.

• Officers could no longer immobilize or impound a vehicle because the driver had a suspended license.

• Requires "clear and convincing evidence" that a person being released from jail isn't dangerous.

A group of Democrat state reps are also spearheading HB 2500, which dovetails on the bail-reform change by ordering a new risk-assessment program statewide for suspects under consideration for bail.