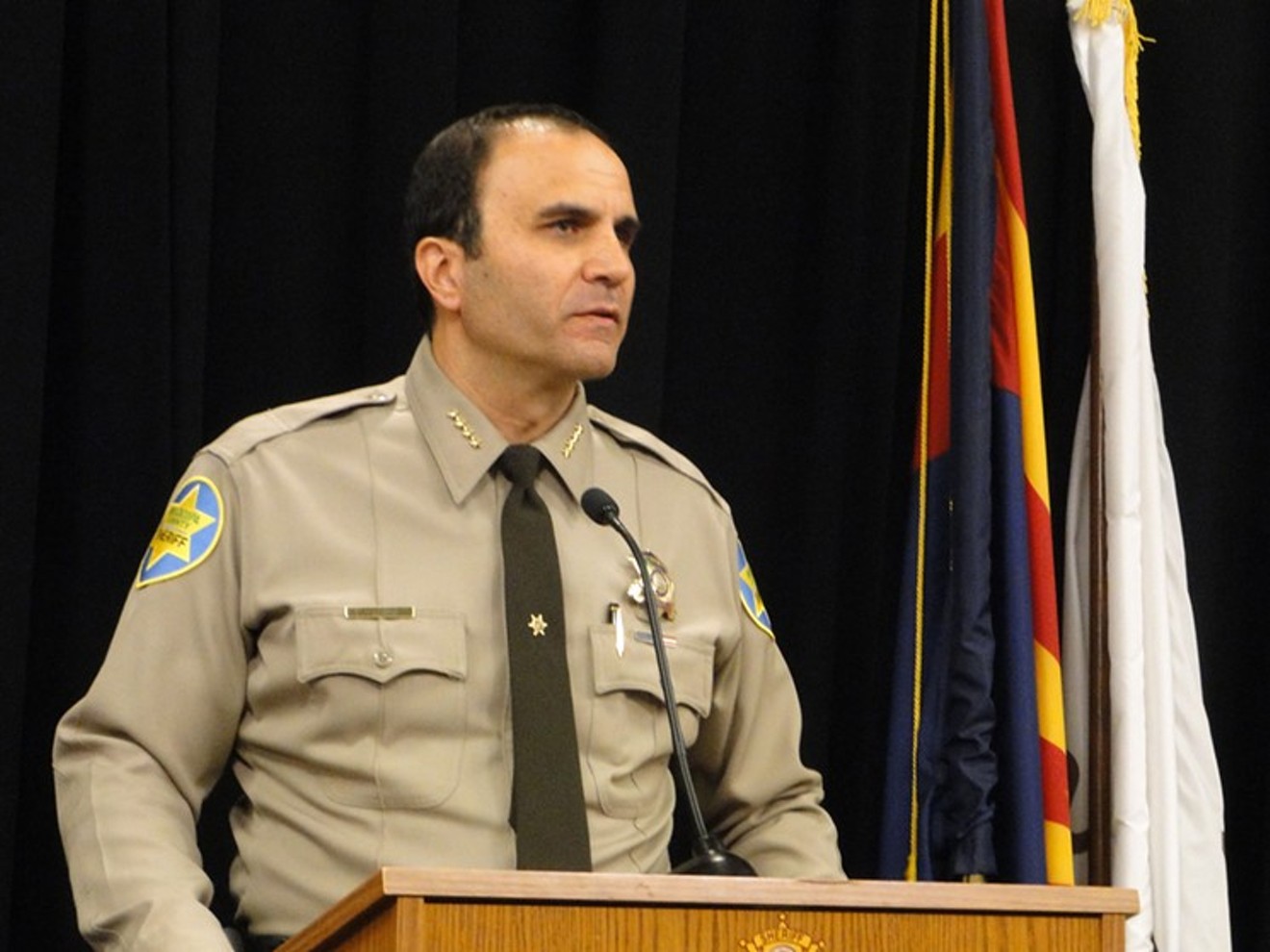 At the Maricopa County Board of Supervisors meeting on Wednesday, the board voted unanimously to authorize a $1.15 million payout, to meet the mandate from a federal judge in the ongoing case. The exact amount of the fine, which will be placed in a fund used to hire additional internal affairs investigators, is not yet set. Penzone told the board he hopes to avoid paying any fines.

"It's fully my intention to avoid any adverse impact on our community and the taxpayers," he said. But avoiding the steep fines means the sheriff will have to quickly staff up an internal affairs unit plagued by chronic vacancies.

Norma Gutierrez-Deorta, public information director for the sheriff's office, said the agency had no further comment.

In November, Snow held Penzone in contempt of court in the case. The contempt ruling stemmed from an extreme and growing backlog of misconduct complaints in the sheriff's internal affairs unit, which is called the Professional Standards Bureau. It takes an average of 611 days for the bureau to investigate a misconduct complaint involving sheriff's deputies or detention officers — far beyond the 85-day limit imposed under Snow's court order.

Throughout Penzone's tenure, the backlog has grown — at least partly due to understaffing in the bureau. Now, more than 2,100 investigations are pending, some dating back years.

In his contempt ruling, Snow found Penzone's neglect of the internal affairs unit and its massive backlog to be "knowing and continuous." He ordered that after 60 days, the office would have to pay a steep fee for every vacancy at the bureau that remained. The money would be taken from the sheriff's general fund and placed into a special fund to address only the complaint backlog.

The board meeting on Wednesday gave a look into just how much the contempt order is likely to cost the county — and taxpayers.

Snow's order mandated that the sheriff's office pay three times the amount of the annual cost of a sergeant in the internal affairs bureau per month and per vacancy, beginning in January. The sheriff's office said the cost of that position — including a midrange salary, retirement contributions, taxes, and benefits — is $191,415 per year. So the monthly fine will be about $574,000 per vacancy.

Penzone requested that $1.15 million be authorized for the first month. That amount anticipates that in January, there will be two vacancies in the bureau. If there are more vacancies, the fine could increase significantly.

Penzone told the board that the volume of cases had become "cumbersome" and explained that "the courts have determined that it's appropriate to intentionally assess a fine."

The supervisors, who approved the request unanimously, did not chide Penzone for the backlog. "Thank you and your team for taking this very seriously," board Chairman Bill Gates said.

Gutierrez-Deorta did not reply to an inquiry from Phoenix New Times about current staffing levels in the internal affairs unit. But the backlog so far shows no sign of slowing. A report released on Monday by the court-appointed monitor, Robert Warshaw, found that only 6 percent of misconduct case investigations at MCSO complied with the court requirements. Detention officers for the Maricopa County Sheriff's Office will receive a pay increase due to severe staffing shortages.
James Deak

Staffing remains an issue within MCSO as a whole. Also on Wednesday, the board approved increasing pay of detention officers when staffing at the jails was "critical" — defined by a staffing vacancy greater than than 15 percent. As of August, the sheriff's office had a vacancy rate of 27 percent among detention officers.

Under the new pay scale, pay could be increased up to 10 percent for officers at current vacancy levels.

Benjamin Fisk, the president of the Maricopa County Law Enforcement Association, which represents MCSO deputies and detention officers, spoke in favor of the pay raises at the meeting. He said understaffing remained an urgent problem in the jails.

"Little is being done to ensure proper staffing and officer safety," he told the board. He added that county jails were "potentially disastrously understaffed."
KEEP PHOENIX NEW TIMES FREE... Since we started Phoenix New Times, it has been defined as the free, independent voice of Phoenix, and we'd like to keep it that way. With local media under siege, it's more important than ever for us to rally support behind funding our local journalism. You can help by participating in our "I Support" program, allowing us to keep offering readers access to our incisive coverage of local news, food and culture with no paywalls.
Make a one-time donation today for as little as $1.