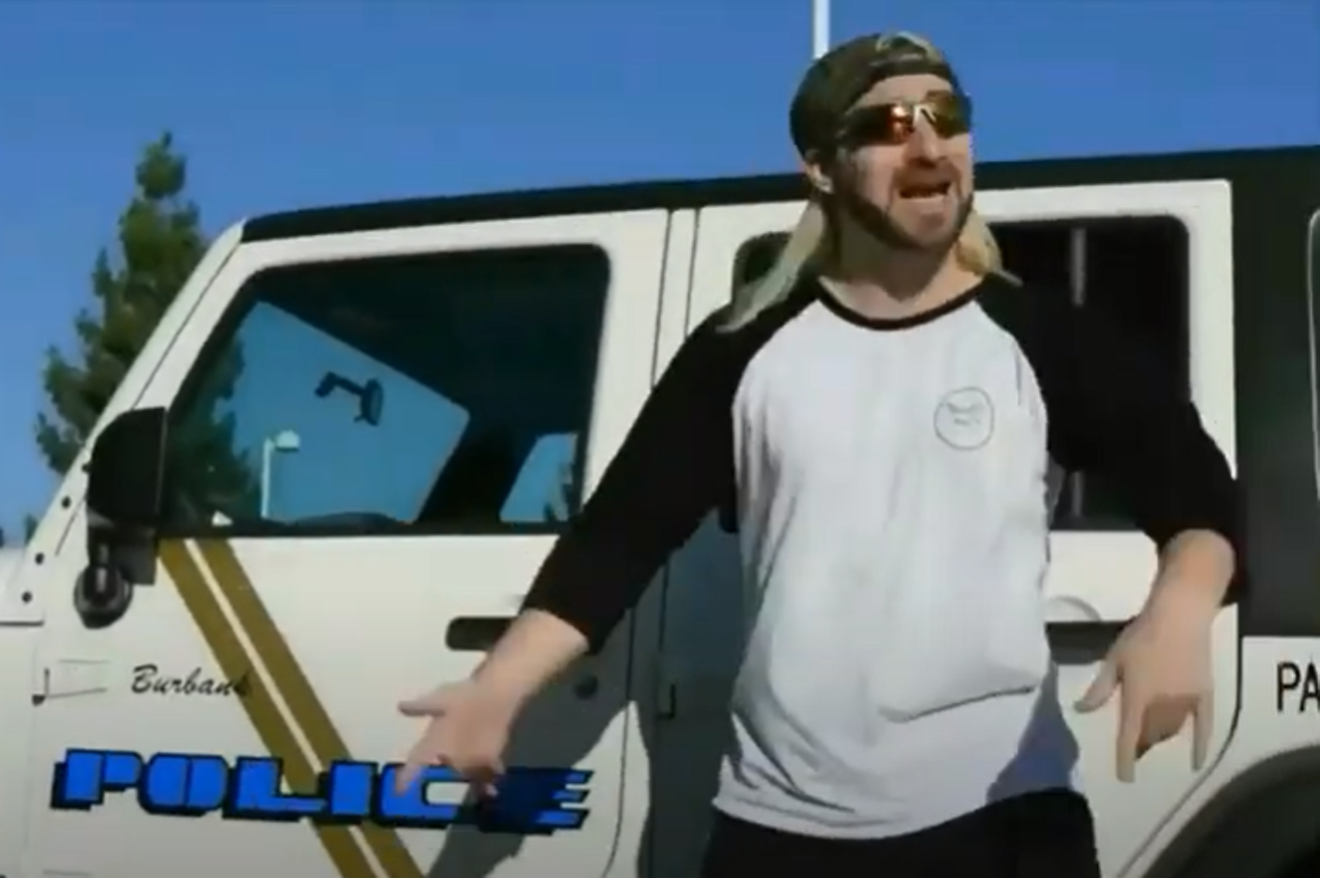 Anthime "Tim" Gionet, better known by his online alias, Baked Alaska, is pictured in the 2016 "I Love Cops" music video that helped soften his pre-trial release restrictions in Scottsdale in early 2021. YouTube Screenshot
Baked Alaska tried to skip town. Now he’s stuck in the East Valley for a month longer than he hoped.

A Scottsdale City Court judge remanded the Neo-Nazi provocateur, real name Anthime Joseph Gionet, to jail Thursday afternoon for his conviction in an assault on a bouncer in December 2020.


Blake imposed a lighter sentence of 30 days in jail and $3,200 in restitution.


It was barely a month before the U.S. Capitol attack on January 6, 2021, that Gionet switched on his camera and sought to gather internet clicks in Old Town Scottsdale. He tormented workers at Giligin’s Bar and twice sprayed a bouncer, who was trying to escort him out of the business, with pepper gel during a livestream.

The worker’s eyes were bloodshot and rheumy, Scottsdale Police said.


Gionet was convicted of assault, trespass, and disorderly conduct in October – the first convictions for the 34-year-old alt-right streamer who used to work for BuzzFeed.

But Austin said Gionet has a “lack of rehabilitative potential” after he was banned from most social media websites and took to Telegram, often a haven for neo-Nazis. Gionet used the messaging service to post the prosecutor's address, email, and phone number on the site.


“The persona that’s created by the defendant may or may not be real, but he creates real dangers for our society,” Austin said in court Thursday.


And despite sounding sheepish before Blake at his sentencing, Austin shared a video with the court that was filmed after Gionet’s conviction. It suggested otherwise.


He also called Austin a slur for gay men in a post on Telegram.


But his mother, Suzanne Gionet, came to his defense Thursday when her testimony as a character witness contradicted most facts in her son’s case.


“I raised him to love people and be honest,” Suzanne told the court. “He wants to make an impact for good in the world, and I taught him that.”


“Nearly all were spam consisting in many cases of racial epithets or similar derogatory or inflammatory comments," city spokesperson Kelly Corsette said.


Aaron Joseph Lester, one of his faithful fans, bailed him out for $3,000 so the then-Queen Creek resident could set up shop in Clearwater, Florida.


“I’m sick of paying for flights to Arizona,” Gionet said in a recent livestream as he prepared for his sentencing hearing.


But his first probation violation came in January 2021, when he participated in the attack on the U.S. Capitol, court records state.


Gionet posted video of himself marching with white supremacists at Charlottesville and hanging out with neo-Nazi blogger Andrew Anglin. He also live streamed on YouTube for 27 minutes as he committed the alleged crimes inside the U.S. Captiol. Filming his own antics is a habit.


Federal prosecutors charged him with violent entry and federal trespassing for his role in the January 6, 2021 unrest.


The next hearing for Gionet in that case is set for February 17.

Prosecutors in Gionet’s Scottsdale case referenced his involvement in the insurrection and other pending criminal charges in Maricopa County in their argument for the half-year maximum.


Last month, Maricopa County Attorney's Office claimed he defaced a Hanukkah display in front of the Arizona State Capitol and charged him with multiple counts of criminal damage. He's awaiting trial on those charges.


And in 2019, he tweeted that Jewish people should be sent to the gas chambers. The Southern Poverty Law Center has deemed him a white nationalist.


That’s why, despite Thornley criticizing the city for taking “a special interest” in Gionet’s case, Austin was adamant about imposing a strict sentence.


Six months in jail was “The only sentence that will have any chance of deterring this defendant from engaging in criminal conduct in the future,” Austin said.


Interestingly, the victim in this case told the judge Thursday he’d prefer if Gionet got off without jail time. But Blake said remanding Gionet was warranted for the “needless violence.”


For now, Gionet will sit in Scottsdale City Jail. Unless he’s granted a successful appeal, which he’s promised to file, he won’t return to Clearwater until Valentine’s Day.
KEEP PHOENIX NEW TIMES FREE... Since we started Phoenix New Times, it has been defined as the free, independent voice of Phoenix, and we'd like to keep it that way. With local media under siege, it's more important than ever for us to rally support behind funding our local journalism. You can help by participating in our "I Support" program, allowing us to keep offering readers access to our incisive coverage of local news, food and culture with no paywalls.
Make a one-time donation today for as little as $1.
Elias Weiss is a staff writer at the Phoenix New Times. A native of Charlotte, North Carolina, he reported first for the Northwest Arkansas Democrat-Gazette and was editor of the Chatham Star-Tribune in Southern Virginia, where he covered politics and law. In 2020, the Virginia Press Association awarded him first place in the categories of Government Writing and Breaking News Writing for non-daily newspapers statewide.
Contact: Elias Weiss
Follow:
Twitter: @ecweiss