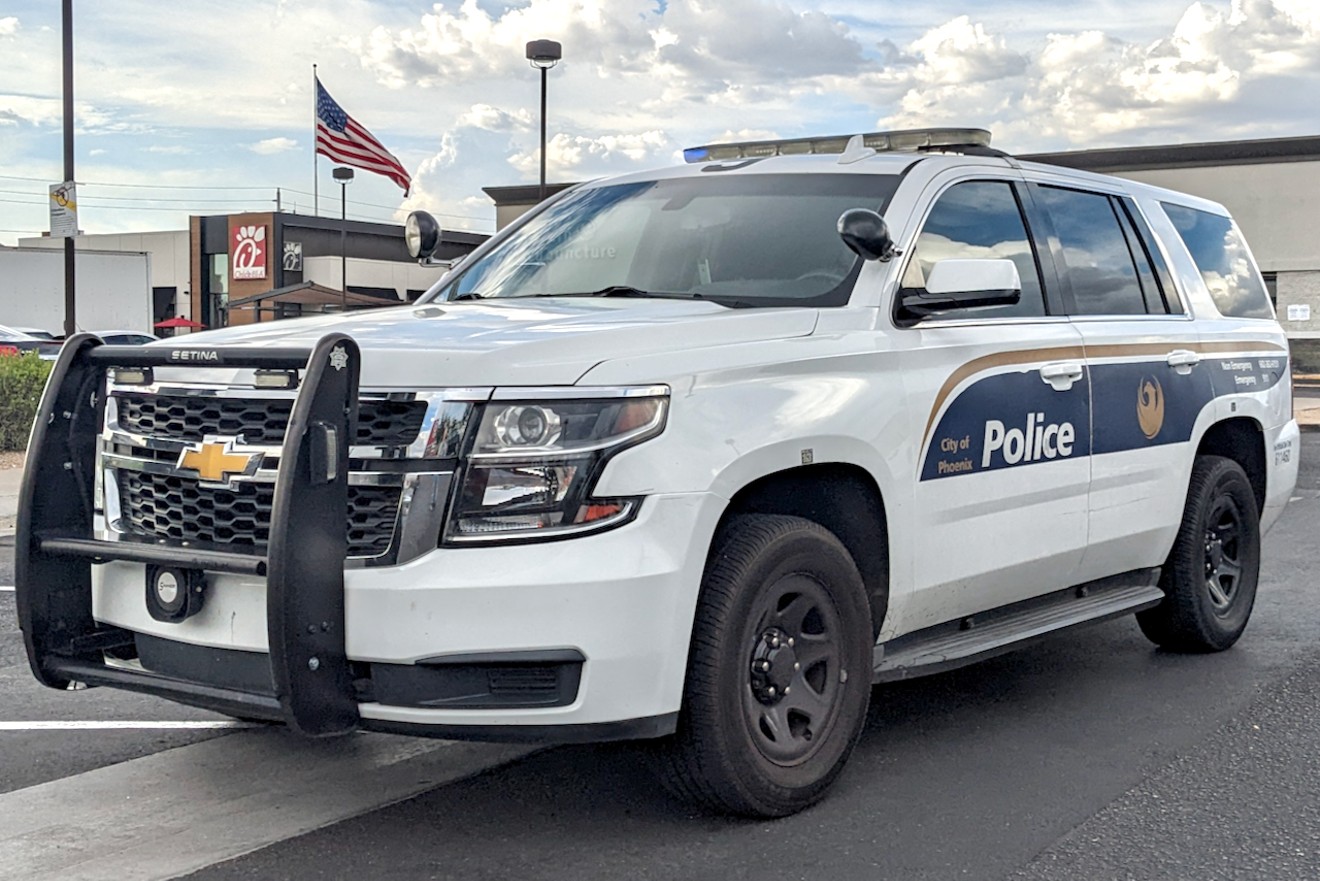 On January 3, officers shot and killed a man in South Phoenix. Four days later, on January 7, Phoenix officers killed another man, whom police had been searching for after a bloody standoff a day earlier in downtown Phoenix.

The Phoenix Police Department has released limited information about the fatal shootings. In the January 3 incident, the identity of the man, video footage, and other details from the incident has not been made public.

Officers encountered the man while investigating a burglary at a home at 36th and Tamarisk avenues, according to the department. At some point in the investigation, officers saw a man in an alley holding a pair of scissors and ordered him to drop them, which he did not do, police said.

Officers tased him multiple times, which was ineffective, and then shot the man after he "lunged" at them with the scissors, according to the department.

Sergeant Brian Bower, a Phoenix police spokesperson, told New Times that the department isn't publicly releasing the man's identity or other details about him until the agency is able to notify his next of kin. Bower noted that more information about the shooting, including body-worn camera footage, will be released within two weeks, which follows the department's usual protocol. 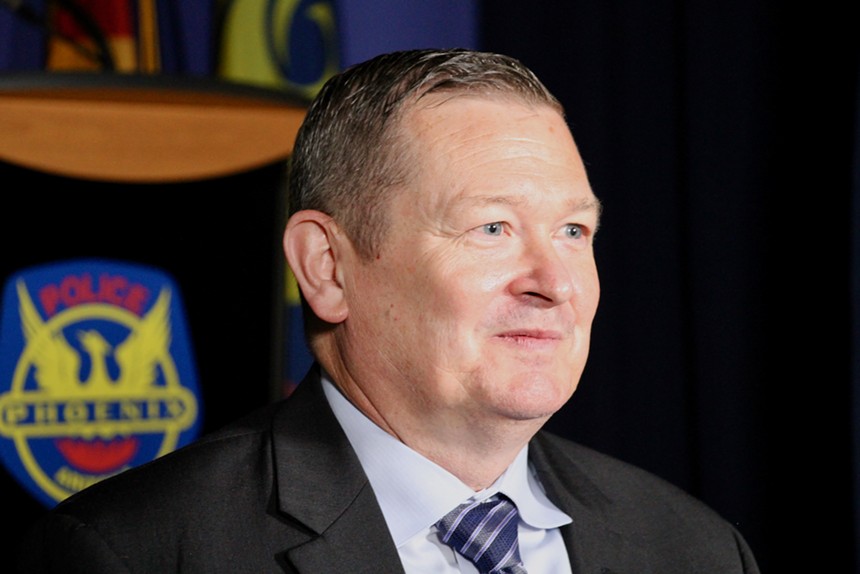 Days after the man with the scissors was shot, officers shot and killed 37-year-old Kenneth Hearne, the agency said on January 8. The department launched a manhunt for Hearne after he allegedly shot a Scottsdale police sergeant on January 6.

In the initial confrontation with Hearne, Scottsdale police were serving a warrant in the Union at Roosevelt apartment complex on Roosevelt Row as crowds for the monthly first Friday arts festival mingled nearby. Hearne shot through the wall at officers, then jumped off the balcony and fled, according to Scottsdale police.

Hearne was shot by Phoenix police officers in Tempe on January 7 after he displayed a firearm, according to police. He later died at a hospital.

The killings come as new Phoenix police Chief Michael Sullivan attempts to tamp down the agency's use of deadly force. In Sullivan's first detailed public announcement about his strategy, he promised to expand the department's arsenal of less-lethal weapons — including pepper ball launchers — and review its force policy.

In 2022, Phoenix police officers shot and killed 10 people — an increase over the six shooting deaths in 2021, according to data from the Washington Post. The fatalities in 2022 included 34-year-old Ali Osman, who was throwing rocks at officers. His death drew widespread outcry last fall.

Advocates for police reform are frustrated with the continued violence. "We're not seeing any progress," said Shalae Flores, a spokesperson for Poder in Action, which has condemned the deaths. "'[Phoenix police officers] have continued harassing folks. Even when they're under this intense scrutiny."

After Hearne's death, Poder in Action said that "whatever the circumstances or situation," the loss of life was reprehensible. "It didn’t have to end the way it did. We deserve better," according to a statement from the organization.

The last person killed by Phoenix police in 2022 was 34-year-old Enrique Alcarez on November 29. Alcarez suffered multiple gunshot wounds, including at least one that was self-inflicted, according to an initial investigation. Days after Alcarez's death, officers shot and seriously injured another man, who was fleeing from officers with a knife.

The agency will likely release more information about the January 3 incident in South Phoenix on January 17, and about Hearne's death on January 21. Two weeks after any killing, the department typically releases a video summarizing what occurred as part of what it calls a "critical incident briefing." They include clips of dispatch audio and body camera footage.

In 2022, Phoenix police released information about 24 "critical incidents," which include seven cases in which people were shot but did not die, two suicides during confrontations with police officers, and two deaths during an arrest.
KEEP PHOENIX NEW TIMES FREE... Since we started Phoenix New Times, it has been defined as the free, independent voice of Phoenix, and we'd like to keep it that way. With local media under siege, it's more important than ever for us to rally support behind funding our local journalism. You can help by participating in our "I Support" program, allowing us to keep offering readers access to our incisive coverage of local news, food and culture with no paywalls.
Make a one-time donation today for as little as $1.