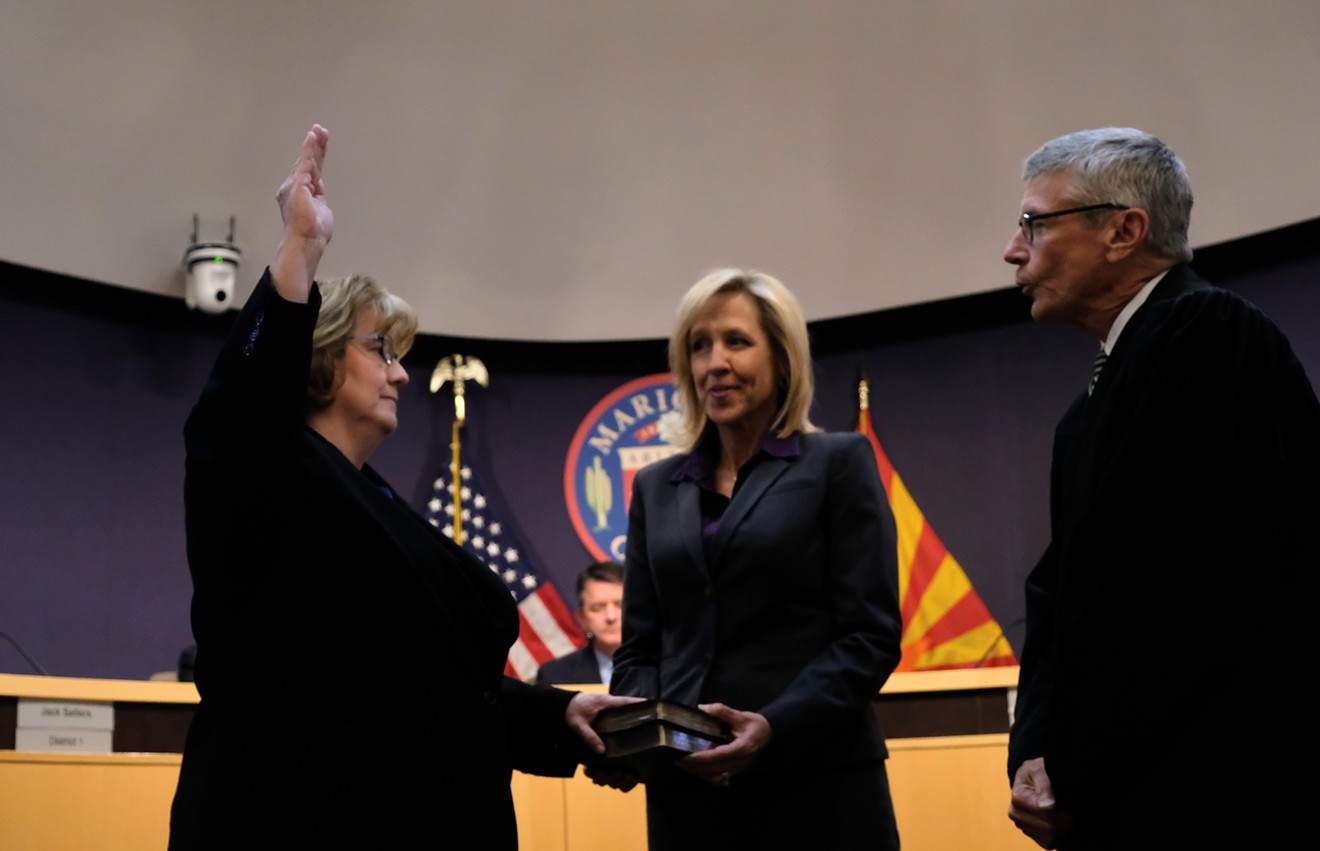 Mitchell is a career and high-ranking prosecutor within the Maricopa County Attorney's Office and is known for her interrogation of Supreme Court Justice Brett Kavanaugh and Christine Blasey Ford, who had accused him of sexual assault.

Mitchell is one of three Republican candidates for the office to qualify for the ballot this fall. This means that she will now run for that office with a significant advantage as the incumbent.

The Maricopa County Board of Supervisors decided to choose from among three Republican candidates bidding to replace former County Attorney Allister Adel, who resigned last month.

Supervisors took a 15-minute executive session Wednesday morning to hear legal advice on the appointment. Then they voted in an open meeting. The vote was unanimous.

“At this point, as of today, who is the best person to step in that role, to bring the office forward, to bring stability?” asked Supervisor Steve Gallardo. “It is Rachel Mitchell.”

Gallardo still said he would have favored an “open process” where others — besides the three candidates — were allowed to apply for the appointment.

Mitchell was considered for the interim position along with Gina Godbehere, prosecutor for the city of Goodyear, and Anni Foster, Governor Doug Ducey’s general counsel. All three submitted written replies to questions from the board of supervisors this week.

Mitchell has long been a powerful figure in the Maricopa County Attorney’s Office, where she has worked for more than 30 years. She served for years as the head of the agency’s sex crimes division, handling some high-profile sex abuse cases.

She served as second-in-command in the office for a time under Bill Montgomery. It was a surprise when, in 2019, Adel beat out Mitchell for the appointment to the office, after Montgomery vacated his role for an Arizona Supreme Court appointment.

Mitchell was one of several key bureau chiefs who signed a letter in February urging Adel to resign, after growing questions about her sobriety and absences from the office. She has since partnered with Jennifer Liewer, Adel’s ousted communications director, to run her campaign for the office.

Her opponents had mixed reactions Wednesday to the appointment.

Godbehere wrote, "I am disappointed in the selection of the status quo candidate by the Maricopa County Board of Supervisors. I am retiring from the City of Goodyear to pursue my candidacy. I am grateful for the support across our county in my pursuit of restoring trust in the County Attorney’s Office."

Foster, the third conservative candidate, tweeted that she would issue "an announcement about my future plans" in the next few days, though did not elaborate.

Meanwhile, Julie Gunnigle, Mitchell's Democratic opponent, wrote in a statement to Phoenix New Times it was “unfortunate that [the board] appointed someone from the same corrupt office we desperately need to reform.”

“If Mitchell was going to do better than her predecessors, she would have spoken up before she saw a way to benefit herself politically,” Gunnigle added.

Supervisors expressed their feelings of urgency over the appointment at the special meeting Wednesday. Supervisor Thomas Galvin, congratulating Mitchell, said the office had fallen into “disarray” in recent months.

After the board voted on the position, Mitchell was sworn in officially and took questions from reporters.
click to enlarge

Asked how she planned to balance her campaign and her new role, Mitchell said she would not neglect the position “in the interest of my own campaign.” She also noted that she would not be the first county attorney who led a campaign while in office.

“There’s precedent for that,” she said. “But I recognize that this is a special situation that’s going to take an extraordinary amount of hard work. I have worked extraordinarily hard throughout my career. I am surrounding myself with the best people who are going to help me get that accomplished.”

Mitchell declined to set a specific timeline for addressing charging backlogs, saying it was still premature. This was “not a situation that is fixed overnight,” she said.

“Voters must be allowed to decide who the next Maricopa County Attorney will be — without the huge advantage that incumbency provides,” wrote K.M. Bell, a campaign strategist with the ACLU.

As of this morning, however, it is too late. Mitchell will head into the August primary as the incumbent.

Mitchell will face her two opponents in the Republican primary in August. The winner will take on Gunnigle, who narrowly lost to Adel 2020, in the general election in November.