Protesters gather at the Supreme Court in reaction to the leaked Alito draft of a decision overturning Roe v. Wade. Alex Wong/Getty Images

Dr. DeShawn Taylor, abortion care provider and owner of Desert Star Family Planning in Phoenix, knew from the minute the U.S. Supreme Court took up a Mississippi case that would revisit the landmark Roe v. Wade ruling that her clinic was in danger. Friday’s ruling came as no surprise.


The Supreme Court overturned Roe v. Wade, rolling back the constitutional right to an abortion and sending the issue back to the states. The decision instantly sparked celebration from pro-life groups seeking to protect fetuses and outrage from abortion advocates seeking to protect their mothers.

"Planned Parenthood Arizona has made the difficult decision to pause abortion services because of the complex legal landscape in our state. If you had an abortion appointment scheduled, please contact your healthcare center," the reproductive rights organization announced hours after the ruling.


In Arizona, uncertainty persists on whether the state will adhere to the recently passed 15-week ban, which goes into effect in September, or to a 1901 law banning abortion outright.


Before the ruling, Taylor told Phoenix New Times she was preparing for the worst.


Desert Star Family Planning is one of nine clinics performing abortions in Arizona.


Alongside abortion care, the clinic offers miscarriage management, which Taylor anticipates will spike in the coming months as people seek to self-manage their abortions.


She also fears higher mortality as some may be forced to continue pregnancies detrimental to their health or fear seeking medical attention if a self-managed abortion or miscarriage goes wrong. 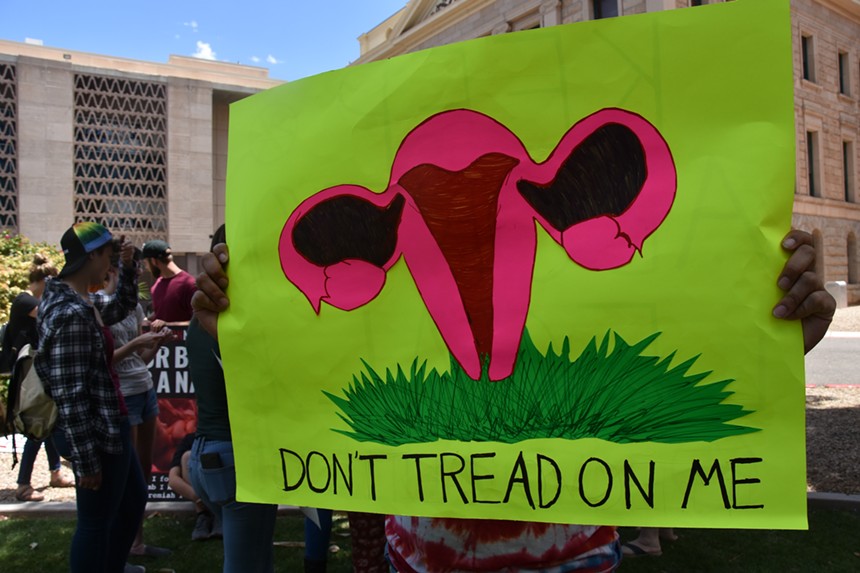 The fine art of the uterus.
Lynn Trimble

Taylor said she has been working with community leaders and organizations representing the most affected communities, namely communities of color, to figure out how her clinic can continue to be of support if abortions are made illegal.


“I want people here in Arizona to have a safe medical person that they know they can get accurate information from and not be harmed by being introduced to the state and policing system,” Taylor said. “It's very important to me, as a provider of color, specifically a black woman physician, who provides abortion care in this state.”


Advocates are bracing for clinic closures. Eloisa Lopez, executive director of Pro-Choice Arizona, said when clinics close, they stay closed. That could worsen the existing lack of access to care in the state.


Some clinics already have halted abortion care. Family Planning Associates Medical Group in Phoenix has canceled all upcoming abortion appointments until further notice, according to a message on its website.

Lopez said Pro-Choice Arizona put together lists of out-of-state abortion resources. It also headed the abortion fund that provides those seeking care with funding for travel and procedures.


The abortion fund is currently spending about $7,000 a month for patients and stretching it to support around 40 to 50 people, Lopez said. But with the need to leave the state for care, the number of people the budget can support is going to decrease.


Lopez stressed the long-term fight ahead.


Jennifer Allen, executive director of the Arizona ACLU, said the organization is already looking for legal avenues to intervene. In the meantime, she said the focus is on ramping up voter education, stressing the importance of the upcoming election.


Candidates across the board released statements Friday in response to the ruling.


Julie Gunnigle, Democratic candidate for Maricopa County Attorney, said in a Tweet that the county and district attorney races will be the most important on the ballot. She cemented her stance on abortion in the thread.


“As County Attorney, I will not prosecute individuals for seeking an abortion or doctors performing an abortion. Not now, not ever,” Gunnigle wrote. 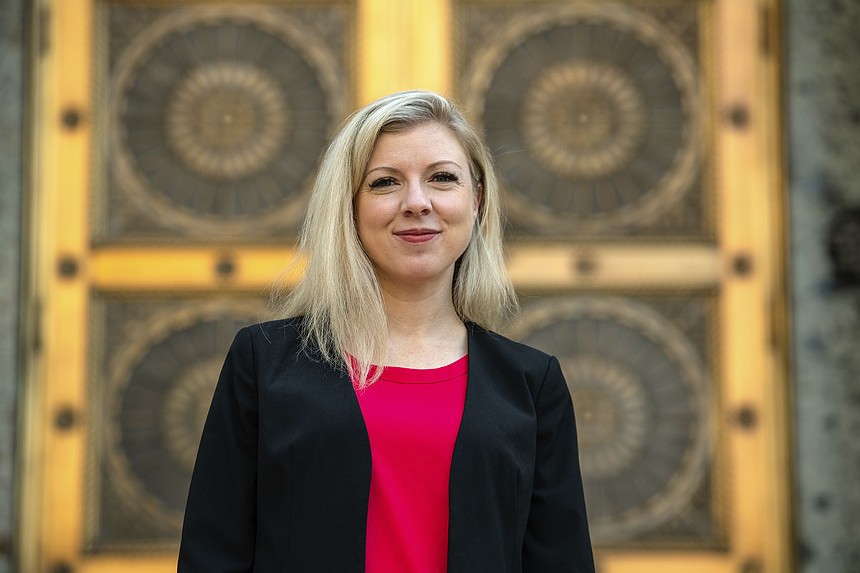 Julie Gunnigle is attorney and political director at the National Organization for the Reform of Marijuana Laws of Arizona, a cannabis advocacy group.
Ash Ponders

While some take hard stances against the ruling, others celebrate the fall of Roe v. Wade and seek to cement an all-out ban on abortions.


The Center for Arizona Policy, a pro-life policy organization, went to Twitter to commend the decision, and said the Supreme Court “has righted a deadly wrong.” The organization’s president, Cathi Herrod, tweeted, “Best birthday present ever!” in response to the ruling.

The Arizona Republican Party called Arizona "one of the most pro-life states in the country," and heralded the ruling as a "monumental day for the protection of life" in an official statement.

The statement also heralded lawmakers like Arizona State Senator Nancy Barto, a Phoenix Republican who sponsored Senate Bill 1164, the 15-week ban, and the majority of the Republican delegation.

Barto spoke Friday at a press conference hosted by CAP, calling it a "surreal day," but said "the battle is not over." She went on to say one of her policy goals was "to make abortion both illegal and unthinkable."

The atmosphere was jovial. The Center has lobbied for restrictive abortion policy in Arizona for more than two decades. Cathi Herrod, the center’s president, promised that Roe’s repeal would “save innocent human lives,” and called Roe the product of “extreme abortion activists.”

Herrod, standing next to Barto, said she believed the pre-Roe law that was a near-total abortion ban in Arizona is already the law of the land — and that the center would fight for it to be enforced.

One member of the small crowd of pro-life advocates — “great fighters from the front lines,” Barto called them — was passing out small gold earrings that commemorated unborn children. The woman, Lori Zee Gray, told New Times that as a teenager in Detroit, she had gotten an abortion and was left “emotionally and spiritually distraught.” She was not able to have children, she said. For years, she has worked with the Arizona Life Coalition, advocating against abortion.

Gray supports a total ban on abortion, she said, with no exceptions save for when an abortion would save the life of the mother. “Now we have to talk about [abortion] in the states,” she said, “which is amazing.”

That much is true. Now the focus in on the battle between those like Barto fighting to limit abortion rights and those like Lopez fighting to preserve them, as Arizona grapples with how to regulate abortions in a post-Roe world.