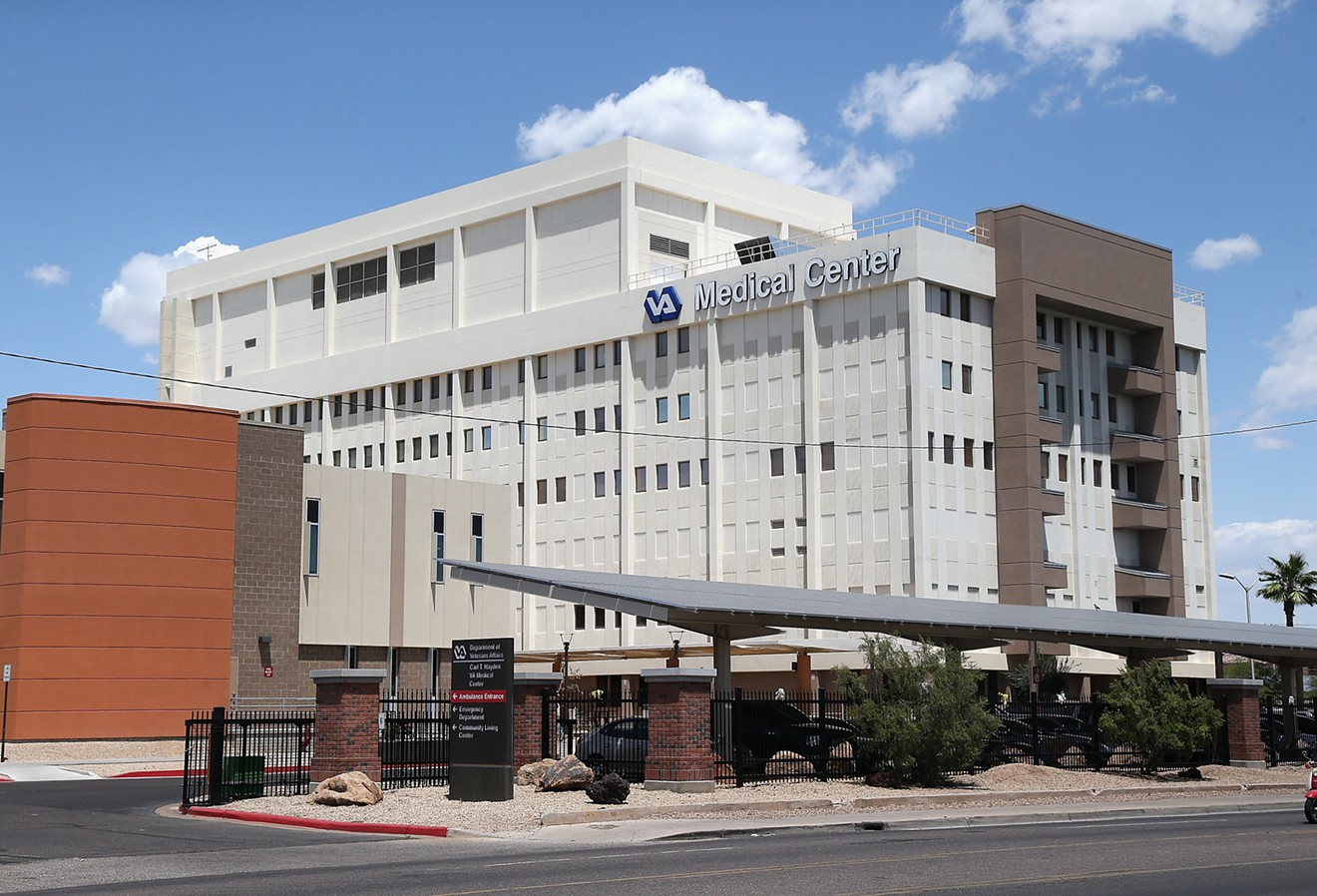 The whistleblower who helped expose widespread fraud at the Phoenix Veterans Affairs Hospital has released a book detailing her experiences.


In 2014, Paula Pedene, then a public information officer for the Phoenix VA, worked with Dr. Sam Foote to blow the whistle on the agency for fraudulently fudging patient waiting lists to make it appear that vets were being seen within the required time frame. The scandal led to the resignation of several VA officials, including the department's cabinet secretary Eric Shinseki.


Pedene’s book, A Sacred Duty: How a Whistleblower Took on the VA and Won, details how she discovered the agency’s practice of maintaining multiple waiting lists to hide actual wait times, her attempts to report it to authorities within the VA, and the retaliation she faced from higher-ups.


Pedene began working as the public information officer at the Phoenix VA Hospital in 1994 after a decorated career in the U.S. Navy was derailed by vision loss. While working in the director’s office, she began to notice inconsistencies in how the hospital handled waiting lists for veterans receiving care. 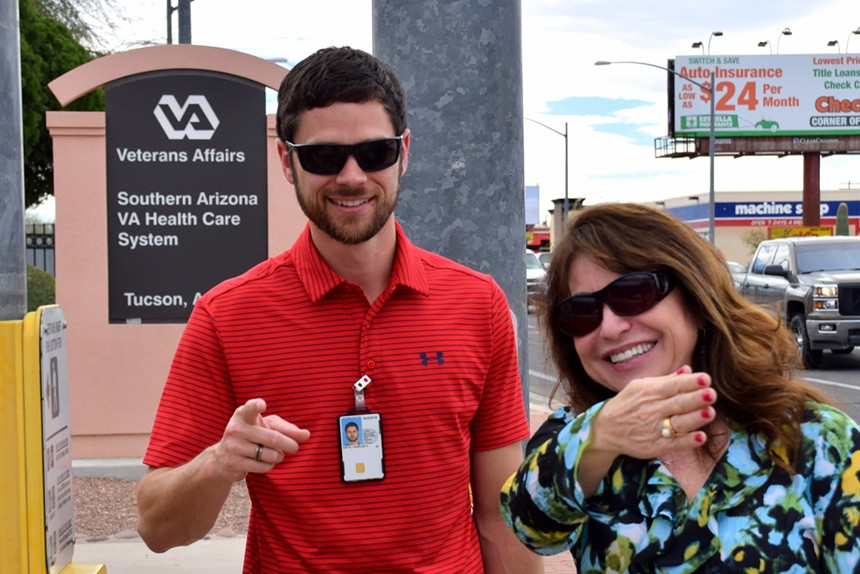 She sent letters to several high-ranking officials at the VA, including the Office of the General Counsel, the undersecretary for health, and even Secretary Shinseki.


“We were writing letters to all these people internally first to tell them, 'Look, here's what they're doing. Here's how it's working. You need to come in and investigate,'” Pedene told Phoenix New Times in a recent interview. “They would send teams in, but they really wouldn't come back with the findings that we needed to stop the nonsense.”

Administrators at the hospital had been under pressure from senior VA officials to keep appointment wait times below a certain threshold. The whistleblower report and multiple investigations found that administrators were keeping two lists.

The official list, which was sent up the chain of command to Washington, showed veterans receiving health care within the prescribed times. The unofficial (but accurate) list showed the actual wait times: in some cases, veterans were waiting more than a year for care.

One day, a colleague reached out to Pedene and asked to meet over lunch.

Using her background in public relations, Pedene gave Foote some media training and set him up with investigative reporters at the Arizona Republic and CNN. Congressional hearings were held. Eventually, Shinseki resigned in 2014. 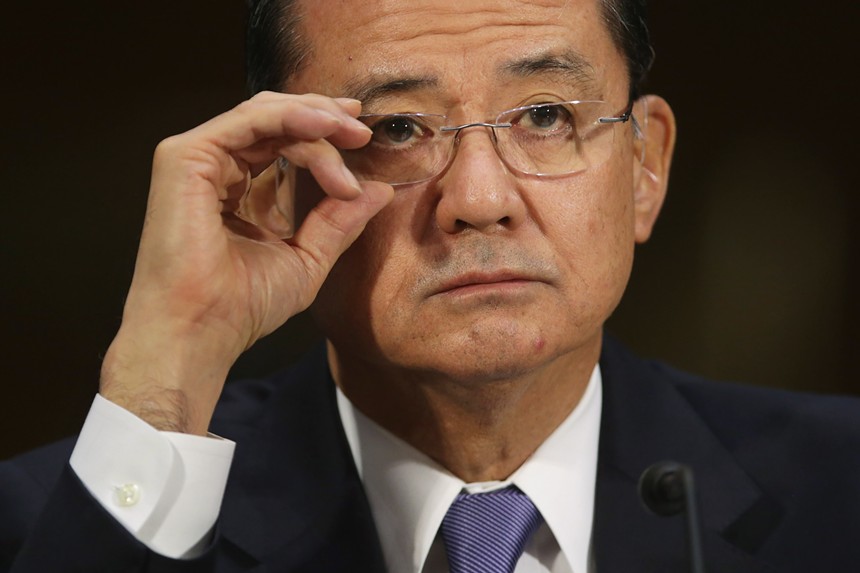 When the scandal broke, Pedene said the retaliation from the VA was swift and her removal to the basement dragged on.

There was further fallout after the scandal was exposed. Dr. Robert Petzel, the undersecretary for health, also was forced to resign, and Sharon Helman, the Phoenix VA health care system director, was subsequently fired for ethical misconduct. Pedene ultimately received an undisclosed settlement from the VA.

One day, Pedene violated a department policy when she allowed her husband, who also works with veterans, to use her work computer to put photos into a slideshow she was creating for the hospital.


"They jumped five steps up the disciplinary chain of command and took me out of my job, removed me from my office, and detailed me to a position level below my grade," Pedene said.


Judi Beischel, an area commander with the American Legion, said her friend was treated shamefully by the VA.


“I knew all the individuals Paula talked about and I was reminded of the nightmare she lived through to bring justice to our veterans,” Beischel said. “Not many people would have had the courage to tolerate the treatment she received from the VA for all those years.”


Besides her settlement with the VA, Pedene won her whistleblower case and dropped an Equal Employment Opportunity case. She even got a promotion out of the ordeal.

Writing this book and sharing her story have been cathartic, Pedene said. It’s put the entire experience into perspective.


“It was very healing. What I never knew was how healing writing the book would be for me,” she said. “This book is all about the travesty that whistleblowers face and how hard it is for them and their families to stand up to evildoers, and the importance of having a moral and ethical mindset when doing so.”

Pedene said she hopes this book gives other whistleblowers the courage to speak out when they see their agencies acting against the public interest.


“To this day, the VA has the most whistleblower disclosures of any federal agency," she said. "What we did by standing strong was give others the courage to stand.”

So far, the book has won multiple awards, including first place in the 2018 Book Pipeline competition and the 2021 national Skyrocket Press competition.

“It’s exciting to be at this point, to have a publisher and to be out there having book signings," Pedene said. "The American Legion, throughout the entire scandal, was such a strong ally. They did everything they needed to do to help the veterans who were hurting."

Pedene will speak and sign copies of the book at the American Legion Post 44 at 4:30 p.m. Tuesday.