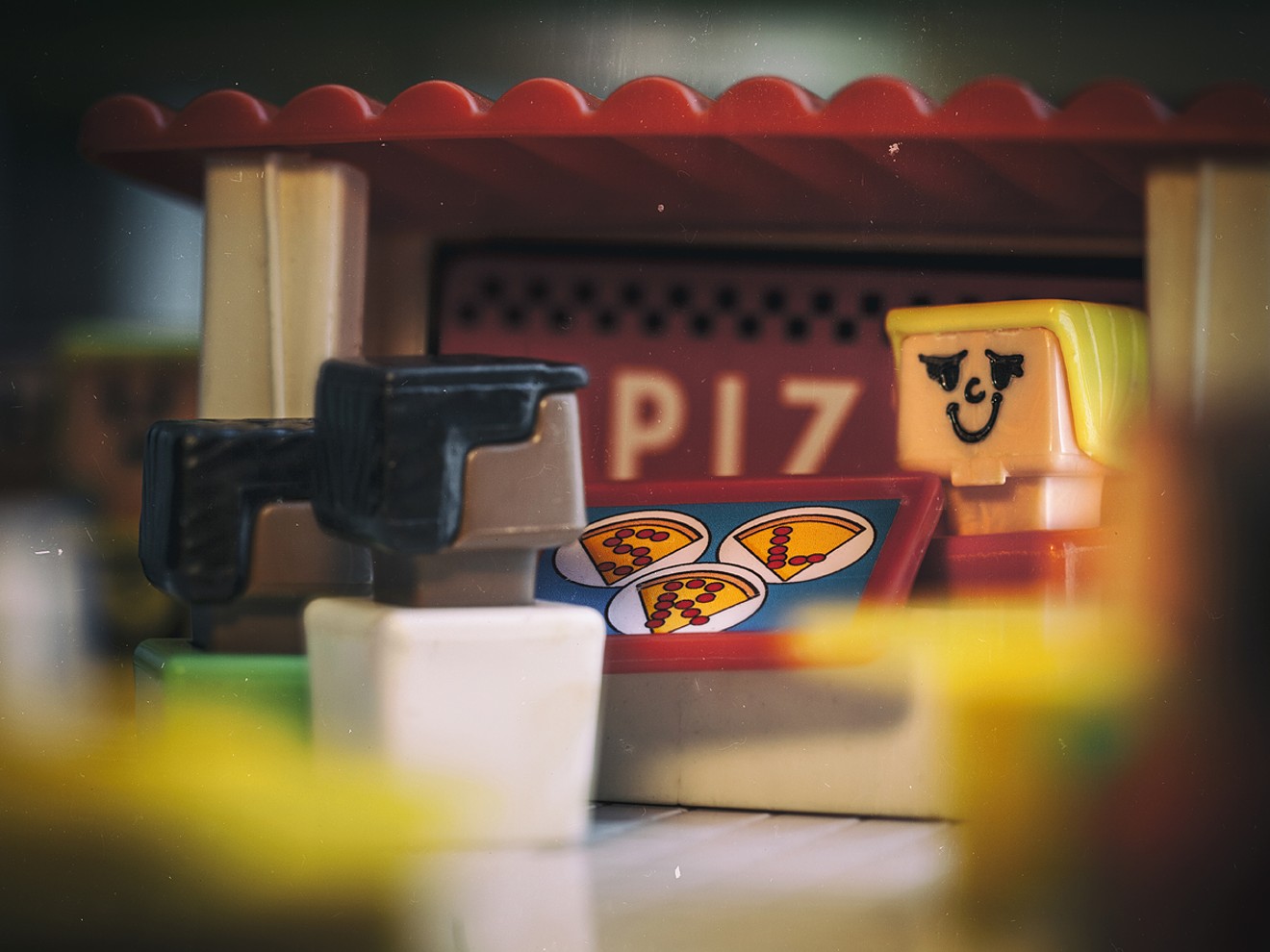 This week we've asked some of our favorite writers to share tales of some of their favorite — and least-favorite — food workplace memories. Let's call the series "Forked." Today we continue with Laurie Notaro and Sugar Ray Leonard. (Seriously.)

When I realized my dollar-an-hour babysitting jobs were not enough to pay for my cigarette habit and my gas, I knew I needed to broaden my horizons. My friend Miriam had gotten a job at the pizza place in the food court at Paradise Valley Mall, and she mentioned that there was an opening for a counter girl.

I put on my best corduroy skirt and my Famolare shoes, and went down to interview. I was afraid that my lack of restaurant experience would hinder my chances, but I shouldn’t have worried. I was 15, I had just gotten my braces off, and I was a size two. I was qualified.

I was trained on the cash register — a new digital one — was handed a red Pizza D’Amore T-shirt, and was told I’d have to buy the next one for $5.

Though it is long gone now, replaced by a McDonald’s, it was the premier place to eat at that mall in 1981. Even wearing the red T-shirt made you the envy of the mall. "That's right," I'd say to myself as I strutted past Judy's and 5-7-9. "I get an employee discount on my pizza. TWENTY PERCENT."

One Saturday, I heard a commotion around lunch time in the food court; the crowd there seemed thicker than usual, and that was saying something. If you could drive to Paradise Valley Mall on a Saturday, that’s where you were on a Saturday. As I assembled a side salad for a lady who would later complain about it (I was told by my boss, Robert, to reply, “Do you know how much lettuce costs these days?”, and I did just that), cheers went up in front of Pizza D’Amore and I strained my neck to see what was going on. There, I literally saw the crowd part and the hero stepped forth: Sugar Ray Leonard and his little boy. And they wanted pizza.

Sugar Ray had fought three huge fights that year, the last one at Caesars Palace where Ray battled Thomas Hearne for the welterweight championship. It was a Bristol fight; Ray took a beating for 12 rounds, then came roaring out in the 13th, staggered Hearne in the 14th, and then was stopped by the referee when the fight became too brutal. Leonard won, and the match was considered “The Fight of the Year.”

For the first time in Pizza D’Amore history, every red-shirted employee behind the counter scrambled to the register. Miriam beat me to it, but that was her fault. When Champion Leonard ordered three slices of pepperoni, she only took his money and gave him change. It was I, behind her, that arranged the pepperoni on the three slices to represent an S, R and L. One letter per slice. It was completely unreadable to anyone but me, but that didn’t stop me from pointing out my tribute to the man as I handed him his three slices on a tray.

“Those are your initials! An S, R and L. Sugar. Ray. Leonard,” I emphasized, as if he didn’t know.

He thanked me politely, put on a friendly smile, and then tried to eat lunch with his little boy while people constantly interrupted him for autographs.

Someone even asked for mine. I was 15. I probably gave it to them. People flocked to the counter and asked me “what it felt like” to have a such a brush with greatness. I lied to boost my credibility.

“This circle of oil,” I said, proudly pointing to my belly, “is from one of those pieces. I am positive I saw him eat it. It wasn’t his son’s. He definitely ate it.”

The hubbub simmered down over the next couple of hours, and was forgotten by the next day. Within two months, I was dating a co-worker in his 20s who drove a windowless van, and the owner of Pizza D'Amore, a surly man in his 60s who only showed up occasionally, asked me to dinner and then grabbed my ass when I said no.

I had a boyfriend. Thank God I was able to point to him.

I don’t have that red T-shirt anymore, although I wish I did. It smelled like a grease trap, no matter how much I washed it. But somewhere, in a landfill not far from you, sits a red T-shirt with a drop of make-believe oil from Sugar Ray Leonard’s pizza, and my most significant moment of fame.

About the artist: A self-annointed "action figure anthropologist," Danny Neumann has assigned himself the task of photographing parvusplasticus populus [little plastic people] in their natural environments. Employing subtle variations in pose and juxtaposition, he tries hard to blur the lines between reality and fiction, hoping to bring action figures to life, recreating the magical way toys are seen through the eyes of a child. Catch up with him at cantinadan.com.

About the toys: Between 1974 and 1977 Playskool produced a charming series of "Familiar Places" playsets. Not to be confused with Fisher Price "Little People," these 2-inch figures were square and nicknamed "Blockheads." The playsets enabled them to visit a McDonald's restaurant, a Holiday Inn, a Texaco gas station, a national park — and now, this Chow Bella series.