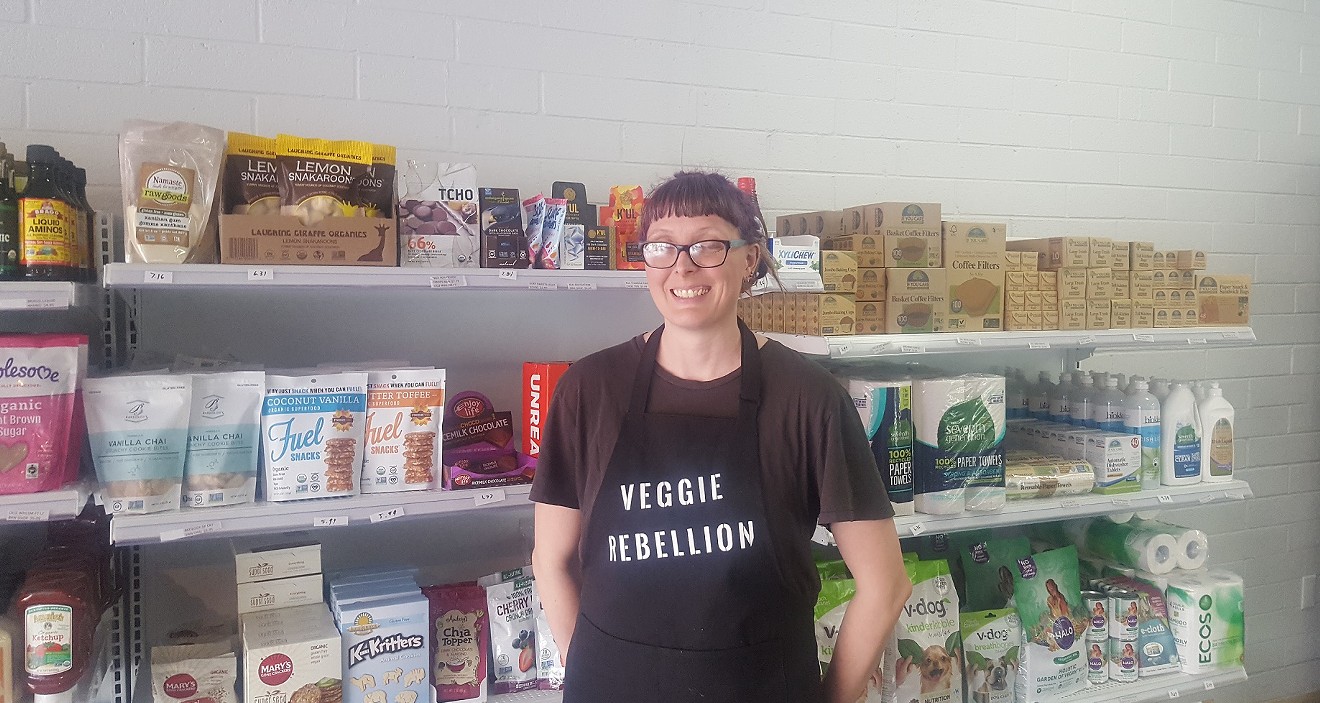 Sandra McKee from Veggie Rebellion. Amy Young
Plenty of vegans like a nice goopy mac and cheese as much as dairy-consuming folks do.

Point? Buying packaged and premade vegan products in the Valley has come a long way. Vegan shoppers can generally only find a limited selection of what they need at grocery stores from Trader Joe’s to Fry’s. With a new grocery story, Sandra and Dylan McKee are helping make that better.

In February, with a lot of hard work and the help of some investors, the couple opened an all-vegan grocery store, Veggie Rebellion, in downtown Glendale.

Both are vegans – Sandra for more than 14 years and Dylan for about five. They were inspired by a visit to Food Fight, a vegan grocery in Portland, while they were on vacation. “We wanted to create a place here to shop,” Sandra says, “where you don’t have to read labels to know if something is vegan."

They chose the west side not only because it’s where they live, but also because “we know from experience that being a west-side vegan is hard,” she says, noting the distance they’ve often had to venture east to get some of the packaged goods they like. 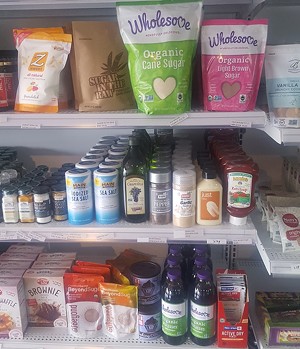 Shelves lined with vegan items only.
Amy Young
Some things you’ll find on the shelves are salad dressings, sweet treats, soups, pastas – including a few mac-and-cheese kits – along with pet eats and supplies, and household cleaning products.

In addition to those shelved goods, Veggie Rebellion also has a cold food case featuring vegan creamy and sliced cheeses, deli meats, and yogurts. Behind those clear doors, there are some touted brands, such as Violife and Parmela Creamery, whose cheeses aren’t found so easily around in the Valley. 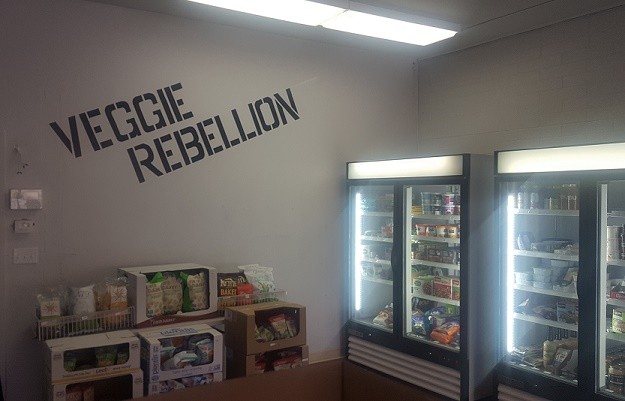 Yes, those ice creams are vegan.
Amy Young
Frozen goods include a variety of dairy-free ice creams, as well as savory foods like veggie burgers and a ham made by faux meat stalwart Tofurkey. That ham, Sandra McKee tells us, sold out immediately.

Not all the food is premade. Veggie Rebellion sells some produce from local growers, and bulk items, from nuts to teas. Right now, the McKees are still testing different foods, gauging customer interest and deciding what they will buy to stock the shelves in the long term.

“We are trying different things now,” Sandra says, “and we’ll start tailoring it when we can get a read on what customers want.” Grab-and-go items, either made by or including ingredients from local vendors, is another section they are beefing up, so to speak.

What Sandra and Dylan are committed to, she says, is “creating and building relationships with customers and other businesses.” She says they have been blown away by the support they have received so far and are excited about the future as a metro Phoenix resource for quality vegan products. 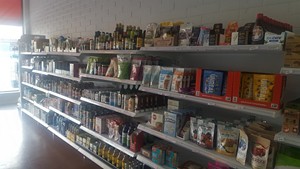