One of the biggest festivals is this weekend's Devour Culinary Classic, a two-day food and drink event that showcases top chefs, mixologists, makers, brewers, and vintners from around the state. (If you haven't gotten your tickets yet, I regret to inform you that the Culinary Classic, which is organized by Local First Arizona, sold out months ago).

The Culinary Classic, though, is the culmination of a whole week of Devour events, which includes the Devour Phoenix Bartending Competition, the Seven Chefs Dinner, and this year, a brand-new event: Devour the World.

The inaugural Devour the World was held last night at Ro Ho En, the Japanese Friendship Garden in downtown Phoenix. The event, according to the folks at Local First, was designed to highlight the "international flavors of Phoenix."

A taiko drummer performs at the Devour the World event at the Japanese Friendship Garden in downtown Phoenix.
Patricia Escarcega
For $60, attendees got to eat, drink, and stroll amid the impeccably sculpted foliage and serene water features of the Japanese Friendship Garden. Live performers were stationed around the garden, filling parts of the venue with the sounds of Japanese folk guitar, flute, and traditional taiko drumming.

Intimate by design, the sold-out festival featured small crowds, short lines, and the kind of unhurried, laid-back ambiance that is usually missing from bigger food and drink events.

If you didn't make it to Devour the World, here are some of the most memorable bites from the event. 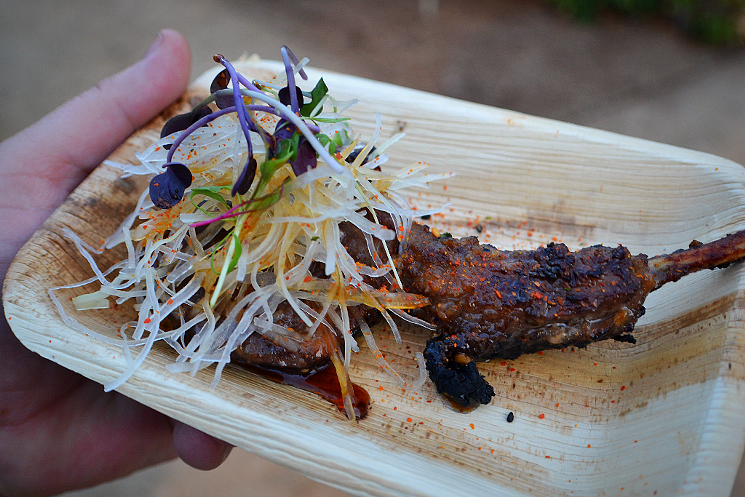 The team behind Scottsdale's popular fresh fish market and restaurant brought their A game to Devour the World with a delightful and gorgeously balanced bite: yellowfin tuna with a puff of deviled egg mousse, served with radish, corn nuts, and a dab of bright yet earthy huitlacoche vinaigrette. The pristine slice of tuna had a creamy quality, and the balance of salt, acid, and crunch was spot on. 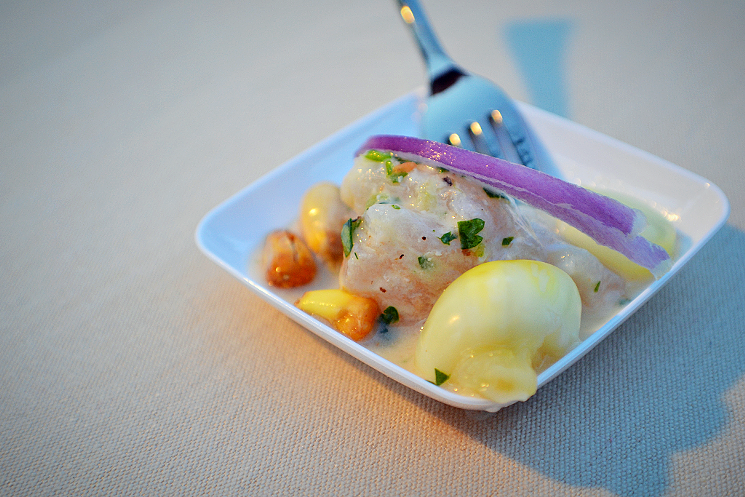 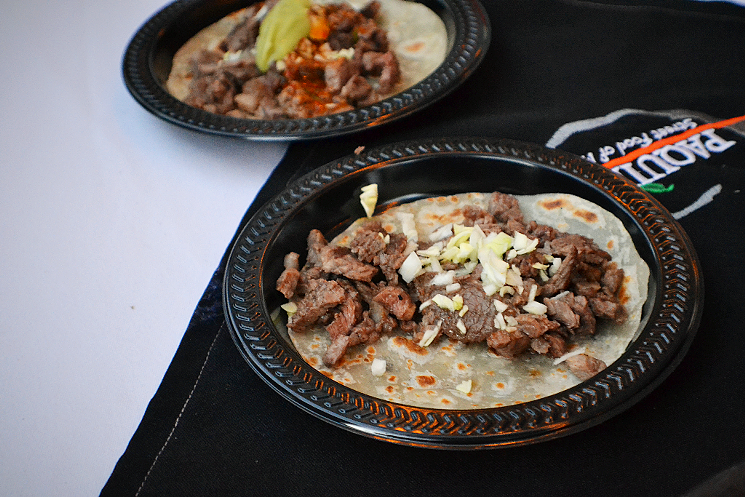 Carne asada probably isn't the first thing that comes to mind when you think of a continent-hopping, globally inspired food festival. But Tortas Paquime made the beloved Mexican party staple shine at Devour the World. The grilled-to-order steak was cut into rich, smoky strips, the distinctively beefy flavors blooming under a drizzle of fresh salsa and veggies from the salsa bar.

One of the best parts of going to any food and drink festival is discovering new dishes, restaurants, and culinary talents. Good Fortune Kitchen, a pop-up restaurant specializing in traditional Filipino dishes made with a twist, served a delightfully cheesy, corn-stuffed, crispy lumpia. Owner Kevin Rosales playfully describes the dish as sort of like "elote stuffed into an egg roll." The irresistible snack is nicely punched up with a lightly spicy sauce. Keep an eye out for Good Fortune Kitchen, a fledgling kitchen with a burgeoning Instagram presence.

It's not clear if Devour the World will return next year, but let's hope it does. With a unique venue and a strong slate of globally inspired menus, it's a promising start for what may turn out to be a new spring tradition.