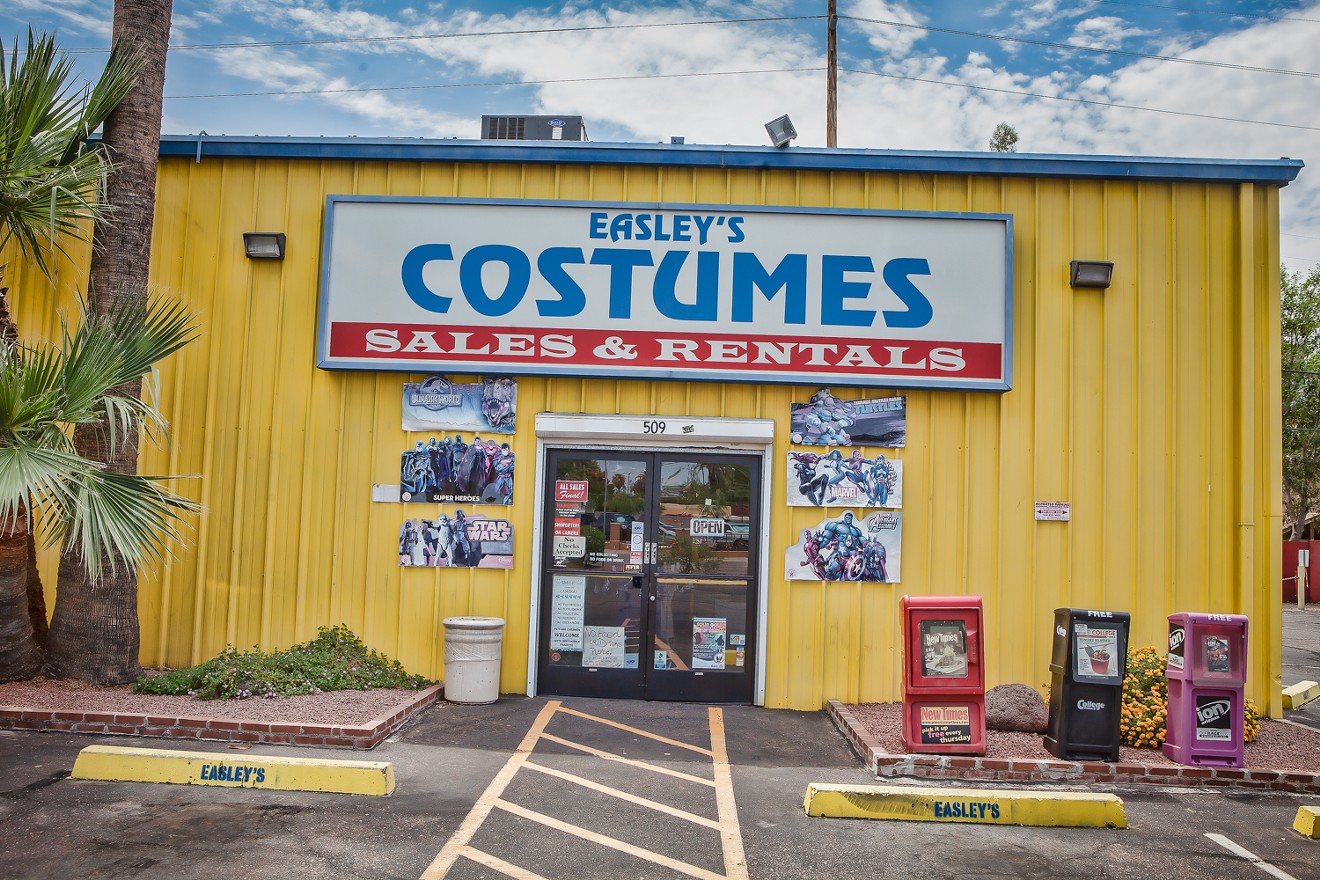 Soon, this Phoenix-famous costume shop will be Roses by the Stairs Brewing. Jim Louvau
If the phrase "roses by the stairs" gives you pause, it’s quite possible you were once a regular viewer of the MTV show TRL, or a listener of 106.3 The Edge, back in 1999.

The phrase comes from the Blink 182 single "All the Small Things," and it is also the inspiration for a new brewery that's set to take over the old Easley's Fun Shop, at McDowell Road and Fifth Avenue, which closed in 2018 after 72 years as a family business. 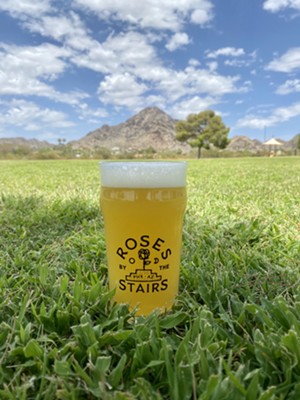 The logo was designed by Gilbert’s Prickly Pear Paper.
Roses by the Stairs Brewing
Owner Jordan Ham of Scottsdale plans to open Roses by the Stairs Brewing in early 2021 in the former costume shop, along with head brewer William Hampton (formerly of Uncle Bear's Brewery and Mother Bunch Brewing). The iconic two-story building will be converted into a “farmhouse-inspired brewery,” with a floor plan that includes bar seating, a taproom, a patio, and an onsite brewery.

Though still months away from its debut, the brewery is already collaborating with other local businesses. Gilbert’s Prickly Pear Paper created its logo, and Scottsdale’s Aline Architecture Concepts designed the floor plan. Roses by the Stairs also partnered with Tucson’s Dillinger Brewing Company during the start of the Black Is Beautiful project to release a stout (since the brewery was/is still under construction). And it has signed up with 1% for the Planet, meaning some proceeds will go toward a nonprofit focusing on environmental justice.

For more information, see the Roses by the Stairs Brewing Facebook page, or keep up with renovations via the new brewery’s Instagram.
KEEP PHOENIX NEW TIMES FREE... Since we started Phoenix New Times, it has been defined as the free, independent voice of Phoenix, and we'd like to keep it that way. With local media under siege, it's more important than ever for us to rally support behind funding our local journalism. You can help by participating in our "I Support" program, allowing us to keep offering readers access to our incisive coverage of local news, food and culture with no paywalls.
Make a one-time donation today for as little as $1.