Feeling the Beat at Eastlake Park During House Fest 2016

1 of 32
Benjamin Leatherman
Enjoying house music along with some fun in the sun at Eastlake Park.
A big buffet of house music and other dance music styles were dished up by a dozen different DJs on Saturday, April 16, at Eastlake Park during the House Fest. Special guest Mike Dunn, Victor Simonelli, and Czboogie headlined the event, which also featured such local spin kings as Solstice’s DJ Senbad, Tucson’s DJ Big Mac, and World Famous Rani G.

Prince's death came as a shock to everyone. Sometimes dancing makes for the best therapy, so we stopped by Bikini Lounge, Crescent… 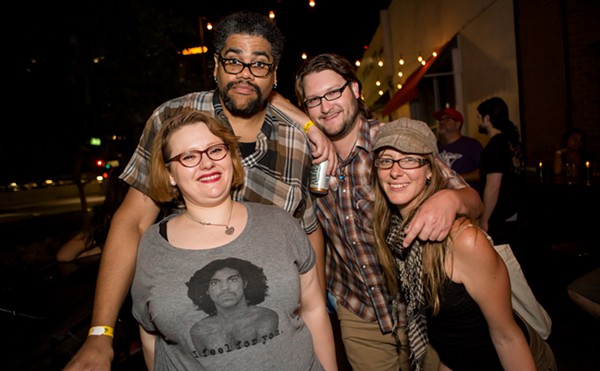