For the Love of Money: How Do You Decide Who Pays for What? 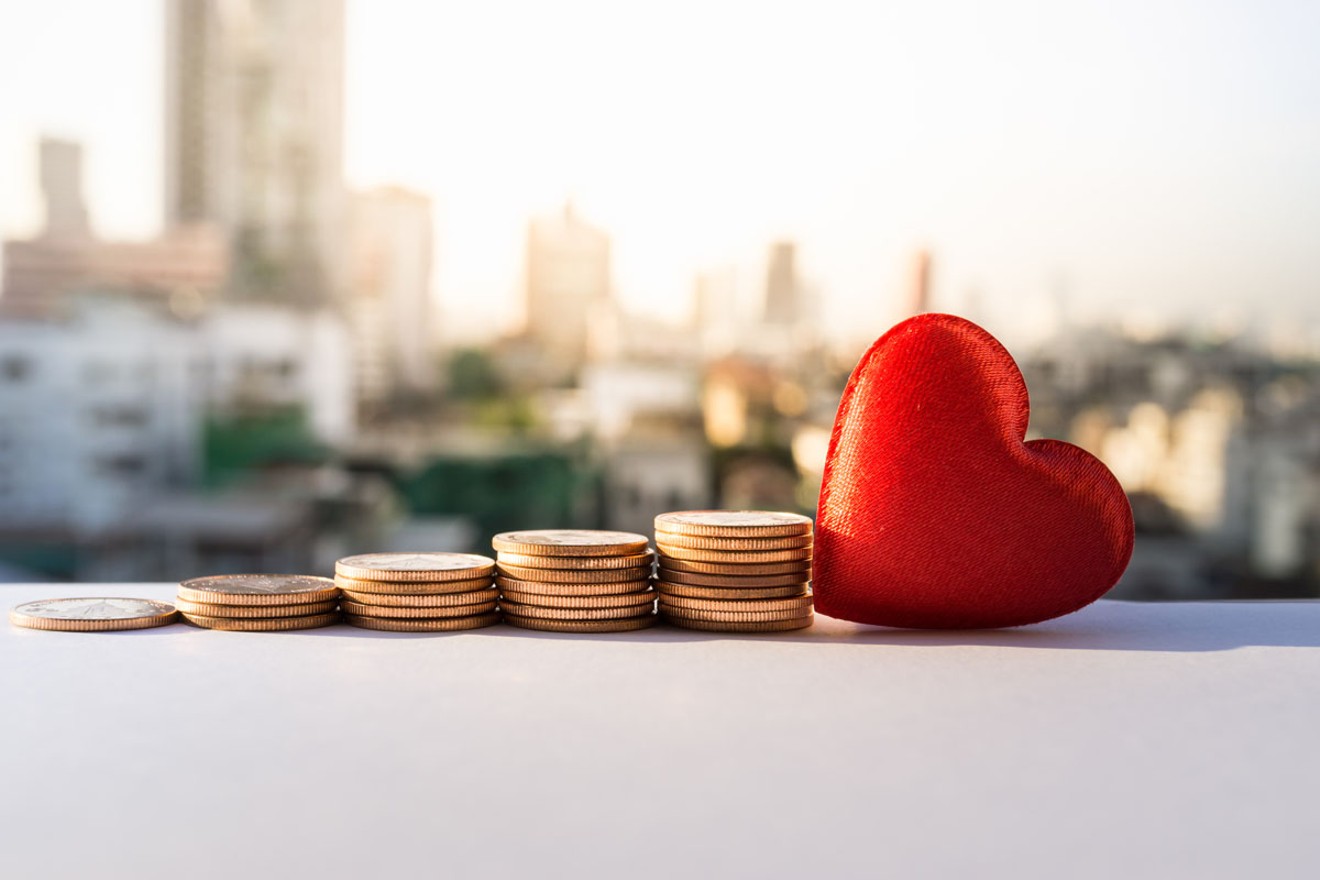 A recent study sheds some light on how financials impact relationships. Khongtham/Shutterstock.com
For all of the fairy tales and dating horror stories that movies, books, and the rest of pop culture like to tell again and again, one topic that pretty much always gets overlooked is the financial side of relationships. Although it’s true that money isn’t everything, it’s just about impossible to ignore at certain points in any relationship.

Realistically, the only way you’ve never dealt with some form of economic inequality with a significant other is if you’ve never dated anyone. Even if two people bring in the exact same income, it’s tough to imagine a situation where each half of a couple has the exact same income, expenses, benefits, job stability, and every other little detail that goes into actually figuring out how full your wallet is at any given time.

Even in the ridiculously rare situation you have that, there's always the possibility of being promoted, changing careers, or losing your job at a moment's notice, so things can change in an instant.

Sure, there are the people who both make enough money that they don’t have to worry about who pays the utility bill or how much groceries cost each week, but there’s always going to be the matter of splitting major expenses, and no one wants to feel like they’re being taken advantage of (financially or otherwise).

Then there’s the matter of how even the smallest split costs are handled. Going Dutch on a date night is never fun, but neither are awkward moments like the old “Are you paying or am I?” conversation or racing into your wallet to pay before your significant other gets the chance. Figuring out whose card is being used is basically the trick question of the relationship test known as IKEA, and even something as simple as a Target trip can get weird when each person has different items at the register.

As it turns out, the online lawyer directory (think Angie’s List, but with more pantsuits) Avvo did a whole study about relationships — with a big chunk of it focusing on financials — and it turns out that most people don’t care about how much money they’re making as long as the bulk of expenses are being split evenly with their partner. The study also showed that women would be slightly less comfortable making and/or spending more money than their significant other, whereas many men are more or less cool with whatever the financial situation in the relationship is (as long as the bills are getting paid, presumably).

Of course, hypotheticals and research are all fine and dandy, but ultimately the most important financial aspect of a relationship is that it works for the people in it. There are plenty of business-minded folks out there who treat their relationship like a financial partnership, and then there are freelance journalists who just pay for things when needed and hope to be able to afford both a relationship and rent every month.

Although it’s virtually impossible to date and not spend anything on your significant other and vice versa, knowing the other person’s limitations is a good place to start for not putting you or your relationship on welfare. Cheap and free dates are fantastic and plentiful (seriously, we wrote a whole list of them), and well-thought-out gifts don’t have to break the bank.

On the flip side, if you’re balling out and buying your partner jewelry and electronics, make sure they’re cool with it and don’t feel pressured into getting you something they can’t comfortably afford. It’s better to have one weird and honest talk about what you can or can’t afford than enduring the black cloud of debt hanging over a relationship for as long as it lasts.

Dating doesn’t have to be expensive, but figuring out your joint financial situation early on is going to make everything a lot easier and less stressful — particularly once you start living together. No matter what, don’t do the college roommate thing where each person pays only for their own stuff. It’s ridiculous, and you should’ve evolved beyond that by the time you’re in a serious relationship. You’re a couple, not bunkmates in a dorm.