Deon Cole on TV as Escapism and Working with Tiffany Haddish 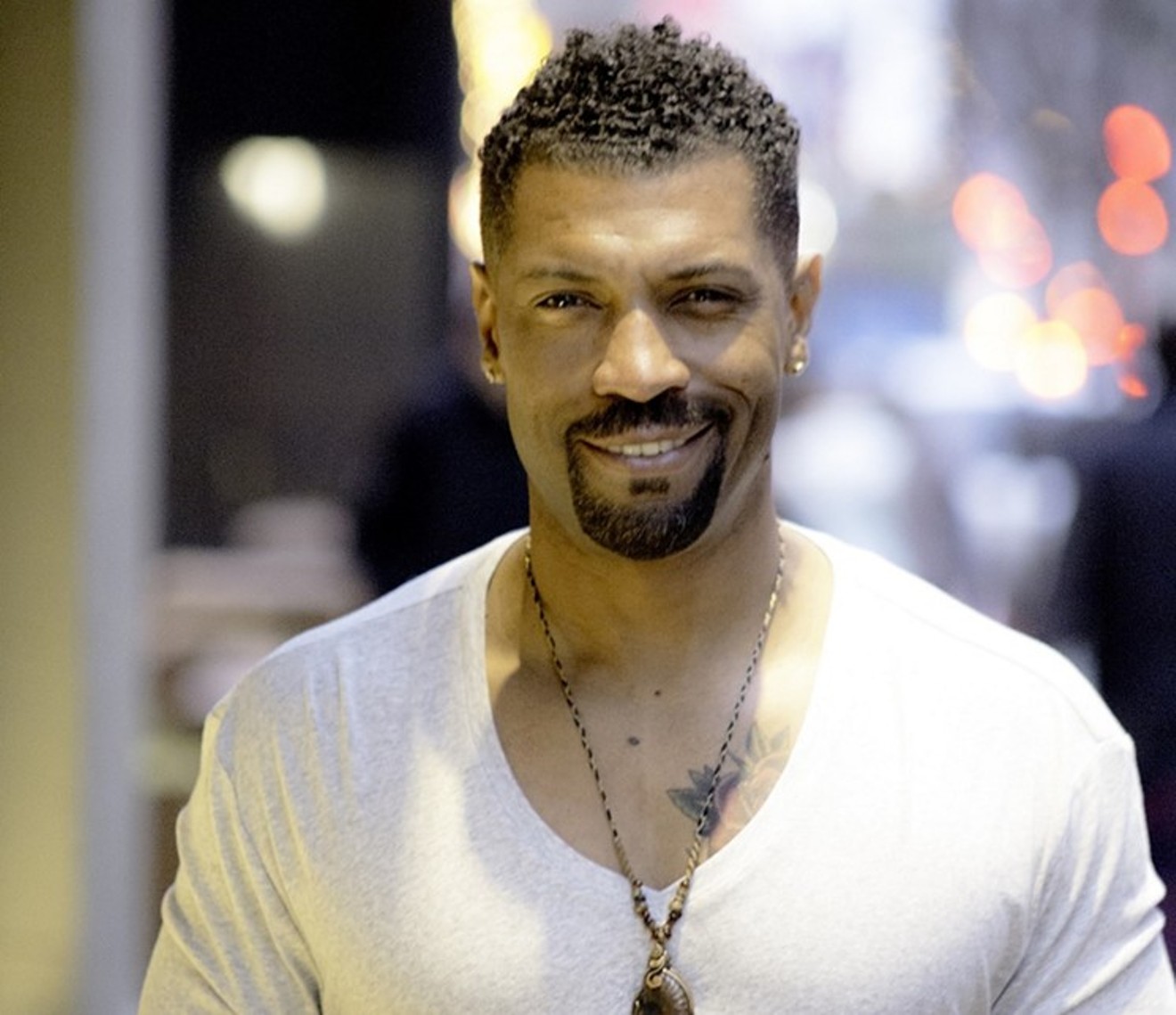 Deon Cole first performed stand-up as a bet. Things have worked out pretty well since. Ashley Brown
If you’re a fan of TV comedies, you might already know about actor Deon Cole's ability to tackle different roles and bring each one to life with equal doses of hilarity. The Chicago-born performer is a cast member on a couple of popular shows. He's Charlie Telphy on ABC’s Black-ish and DJ Tanner on TBS’ Angie Tribeca. Black-ish will have a spin-off debuting later this year called College-ish, and Cole will turn up there, too.

When he’s not acting, chances are good he’s still up to some funny business — probably doing stand-up or penning some humorous material. In 2009 and 2010, he was a writer for The Tonight Show with Conan O’Brien, and he's on the current writing team for Conan. Cole has had a couple of Netflix comedy specials, and in September, you can see him as the host of a new game show called Face Value, created by comedian Wanda Sykes, on BET.

Cole is scheduled to perform five sets at Stand Up Live from Friday, August 18, to Sunday, August 20. We got the story on that new game show and talked to him about a bunch of other things, like how he added stand-up comedy to his mix of mediums. 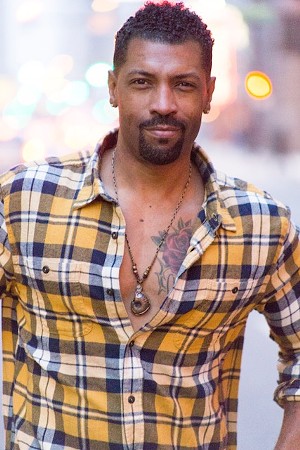 Comedian Deon Cole is coming to Phoenix.
Ashley Brown
Hi Deon Cole. Can you tell us what your Stand Up Live show is all about?
I’d like people to come with an open mind. We're going to talk about some stuff and people are gonna hear things from a different perspective. That's all comedy is — just getting a different outlook on things. From things going on in the world to things happening with me. We'll have a good time, learning and laughin'.

Any special topics?
It’s a mix of stuff that I’ve written, and me going off-the-cuff. There’s some old stuff and new stuff. I don’t do a show that has a lot of borders or is in a box. We’re just going to talk and see what happens. We’ll talk about everything, just from a different perspective.

What’s the flow of the live show like?
I definitely let conversations lead me down different paths, and then the material that I have in the realm of that conversation, I can add to that particular monologue or conversation. I have a lot of material that I can use that covers a lot of subject matter. For instance, I could be led to talking about extortion, which could lead me to talking about murder. Then it’s like, okay, well, let me grab my murder material … I might not have any murder material so I might have to come up with a murderous bit right there on the spot. Then if it goes well, I can say that I killed while I was talking about killing (laughs).

When did you realize that your own brand of funny was something you wanted to share through the medium of stand-up?
The very first time I tried it. I thought, "This is the reason I'm on this earth," and I never looked back.

What made you even want to try it in the first place?
A friend bet me $50 to do stand-up. It wasn't in my heart; I wasn't planning on it. I had no idea that I had these thoughts that made anyone think stand-up would be a good idea for me. People coming to me saying, “you’re crazy,” or “you’re funny,” when I’d go off about things, but I was being dead-ass serious. I wasn't trying to be funny; I just had questions about shit. I would question a lot of things. When I got the bet, I took it.

And how did it go?
It clicked instantly and I just kept doing it.

So, you do a lot of acting and stand-up. Does stand-up give you more freedom?
Stand-up is therapeutic, TV is escape.

Escape for you?
Yeah, why would I think of answering for someone else [laughs]? You're asking about me. Who the fuck are we talking about? Me! Me, right?

Ha! I mean TV is obviously an escape for viewers, but …
Acting is the escape for me, getting to become someone else. I get to live the life of someone else. I can add to that character. Stand-up is therapeutic; it’s me talking about what's on my mind so I don't murder anybody. I can get it out of my brain. With acting, people going to movies or watching TV is them escaping into the show, but as the show's being made, the actors escape into our characters.

Some actors seem to focus on how stressful the process is, rather than your take of it being an escape.
It's stressful work, but how are you gonna spend your whole life wanting this shit and then someone gives you a show and you wanna complain about how stressful it fucking is? If it's so stressful, go get you a yellow vest, a jackhammer, and a hard hat and go do some construction work, if you're complaining about acting. It's hard, yes, to escape yourself, and to become someone else, and study lines, and learn to think like a character would think. Overall, though, you go to work, there’s some motherfuckers that get your slippers for you, put your makeup on for you, fuckin' feed you, and then you get hundreds of thousands of dollars, so how fucking hard is it? Oh, because it affects your personal life? Remember that you spent your whole life tryin' to be this and then when you get it, you complain about it. I don't really rock with motherfuckers that think like that. Everything is hard. Shit, a boxer gets hit but he knows it's part of the job.

One hundred percent. But you do hear those complaints.
I hear what you're saying. I hear that shit all the time. I'm like shut up, get the fuck out of here — talking to me with your Perrier or your gluten-free water, motherfucker, shut up!

I also read you are doing a game show.
Yeah, it's called Face Value, and it was created by Wanda Sykes. I'm doing it with Tiffany Haddish, the white-hot Tiffany Haddish. It will air on BET in that later part of September.

Did you film it already?
Yeah, we shot it already 24 episodes. We had 12 and the buzz was so crazy that BET gave us another 12, so we shot all 24 to carry us through a year. It's a great show. It's not a show that's gonna change the world, but it's a great show. It’s a really funny show where we pay people to profile people. They look at somebody and talk about what they think about them, without much to go on. That’s something we all do, sit in the mall or a public place and wonder about the people walking by; we judge them. In this show, we’re paying people to do that.

So, when people are participating, they're probably unleashing their own …
Most racist shit ever? Yes, absolutely! They are saying the actual way they think about others without knowing anything about them. It's nothing far-fetched, they're judging people off their appearances and what they say, in a variety of ways, not just race-oriented commentary.

When people get an earful of their own perspectives, are they surprised?
Hell yeah. Half the time they're wrong about the person they are profiling, so they're like "Oh my God" and "I will never judge anyone in that way again." People leave seeing just how wrong they were about people. And sometimes they’re right about what they think. It's not malicious at all, it's a very fun show. And it's real. If you're real with yourself, you'll have a good time with the show. If you're not real with yourself, and you look at it and try to be politically correct about everything, then no, you're not going to have a good time. And if you look at things like that, you probably don't like comedians anyway, so we don't need you watching.

Political correctness and cultural sensitivity are on a lot of minds lately.
Yeah, man, everybody sucks right now. Everybody is constantly judging what everyone says, I can't believe they said this or that. Comedy is the last raw form of expression and they're trying to kill it. Actually, they have killed it but in the midst of them killing it, it's still raw and once they shut us up, it's gonna be really fucked up out here 'cause music sucks, movies suck, everything fucking sucks, and it's getting to the point where they're trying to do it to us but we can't allow them to shut us up like that. What they need to do is have comedians be news anchors and let us tell the news. There wouldn't be no fake news then, it'd be true and hilarious. That's why shows like Trevor Noah's show is great, and Samantha Bee’s show too, because they tell the truth.

Have you had pressure to change your material?
I had to change words here and there and it sucks that I have had to. I still go to the places I want to go in my comedy — I go hard, really hard, and right to the limit. I feel even when you go right to the edge sometimes, you're still not close enough.

Who is funny to you?
I'm really inspired by my friends. I have a lot of funny friends in Chicago. They're hilarious. Some truly amazing and talented individuals.

Any last words?
Come out and see the show. Come with an open mind. Tell some people, bring some friends, and let's have a good time.