Phoenix is one of several U.S. cities getting the "Immersive Van Gogh" exhibit. Michael Brosilow
Here's a look at local culture news, from immersive exhibits to new creative spaces.

The “Immersive Van Gogh” exhibit featuring large-scale projections of portraits, landscapes, and still life artworks by the renowned 19th century Dutch painter is coming to Phoenix. The location for the July 26 to September 6 run has not been disclosed. Timed-entry tickets for the one-hour experience start at $39.99. 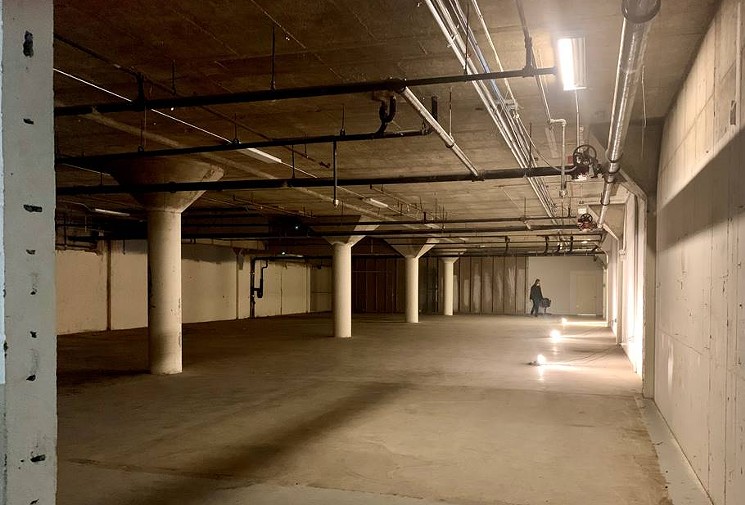 Artlink is looking for input on possible ways to activate this space at Park Central Mall.
Artlink

Artlink is working with Park Central Mall and Gould Evans to transform nearly 20,000 square feet of basement space at the mall into a multidisciplinary space for Arizona artists. Community members can take virtual or online tours this month, and suggest best uses for the space by completing a survey. Organizers have not announced a timeline of next steps for the project.

Ballet Arizona will present the world premiere of Ib Andersen’s The Four Seasons on an outdoor stage at Desert Botanical Garden, where 15 performances are scheduled between May 18 and June 5. Set to the music by Vivaldi, it marks the first large-scale public performance for the ballet company since the start of the COVID-19 pandemic.

Working in his art studio near the Arizona Capitol, Joel Coplin has spent years painting portraits of people living on the streets of Phoenix and capturing scenes of their everyday lives. Now, he’s presenting an exhibit of these works titled "Theater of the Streets" from 6 to 9 p.m. on Friday, March 19, at Gallery 119 at Lowney/Copley Studios.

ASU Gammage is working with students at ASU’s Herberger Institute for Design and the Arts to create an immersive multi-level art space at the university’s Packard Garage in Tempe, where ticketed drive-through experiences will take place from April 9 to 25. Dubbed designspace, it will also feature work by Lightswitch and Hybycozo (which has shown several works at Burning Man in recent years). Ashley Macias is painting a new mural titled Lucid City at the corner of Adams and Second streets, after being selected through a public call tied to a Downtown Phoenix Inc. project called #DearDTPHX. Macias’ design was influenced by select community member photos submitted through the project. The mural is scheduled to be completed this month.

Saskia Jorda took this installation to ArtPrize a couple of years ago.
Phoenix Art Museum

The international ArtPrize competition based in Grand Rapids, Michigan, is currently accepting applications for curatorial, artist equity, and project grants. Several artists with Arizona ties, including Saskia Jorda and Nathaniel Lewis, have shown work during ArtPrize events or received funding through ArtPrize initiatives. The City of Phoenix Office of Arts and Culture is presenting March workshops for artists who want to learn more about business aspects of creative life. Remaining workshops include arts attorney Sarah Conley Odenkirk addressing copyright on March 18, and artist Bill Dambrova on creating digital files for public art on March 25.

Phoenix Theatre is presenting five new works in development as part of its Festival of New American Theatre, which takes place March 20 to 28. The line-up includes in-person and virtual readings in the theater’s outdoor courtyard as well as artist talkbacks. Themes include family secrets, controversial language, endangered animals, the male gaze, and more. 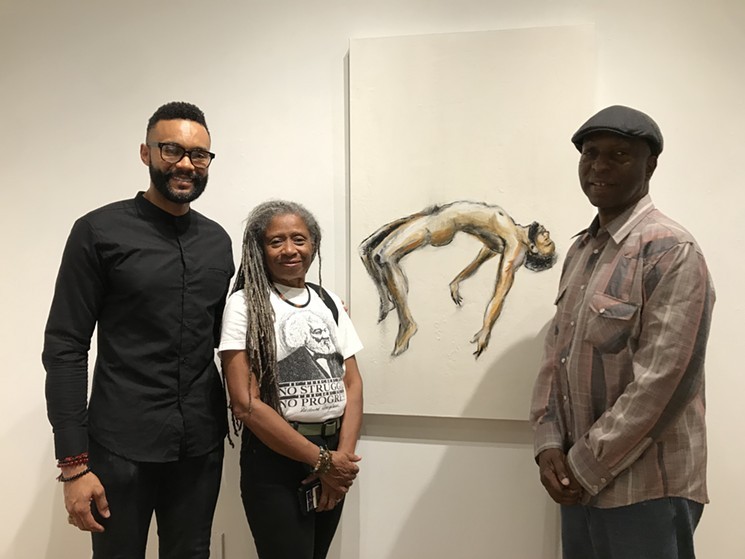 Arizona Citizens for the Arts is announcing finalists for the 2021 Arizona Governor’s Arts Awards on its Facebook page in advance of the virtual awards ceremony happening on Friday, March 26. Finalists in the Small Business category include Davisson Entertainment, Emancipation Arts, and LDVinci Art Studio. Building where Isaac Caruso will paint a mural for the Civitan Foundation.
Lynn Trimble

A Civitan Mural Meeting is being held via Zoom at 6 p.m. on Tuesday, March 16, so members of the community can share their ideas with Isaac Caruso, the artist selected by the Civitan Foundation to create new work on the building that was formerly home to an iconic mural by Rose Johnson.

The National Endowment for the Arts is accepting nominations for the 2021 National Medal of Arts, which is the nation’s highest medal awarded by the U.S. government to artists and art patrons, through March 15. The award recognizes “outstanding contributions to the excellence, growth, support, and availability of arts in the United States.”

Changing Hands Bookstore is launching a virtual workshop series called Young People Write, which is designed for youth ages 13 to 17. The first workshops will be led by Arizona novelist and high school English teacher Suzanne Young, whose first session happens on April 9. Scottsdale Center for the Arts is presenting a new No Festival Required film series at the Civic Space Park adjacent to the center. The series features five films, including Linda Ronstadt: The Sound of My Voice, Echo in the Canyon, and Stop Making Sense. For these three films, tickets are being sold for pods of two or four people.
KEEP PHOENIX NEW TIMES FREE... Since we started Phoenix New Times, it has been defined as the free, independent voice of Phoenix, and we'd like to keep it that way. With local media under siege, it's more important than ever for us to rally support behind funding our local journalism. You can help by participating in our "I Support" program, allowing us to keep offering readers access to our incisive coverage of local news, food and culture with no paywalls.
Make a one-time donation today for as little as $1.