The City of Phoenix Needs a New History Museum. Here’s Why Detail of Michael Pruitt mural on view at Arizona Heritage Center. Michael Pruitt/Photo by Lynn Trimble
Initial digs for downtown developments often reveal evidence of Phoenix's past, from Hohokam pit houses to artifacts of pioneer days. The finds are rich with symbolism for a city with a reputation for demolishing its own past.

History matters, especially as rapid change transforms areas like the Roosevelt Row arts district. Even bumper stickers tout its importance: Those who don’t know history are doomed to repeat it.

But you wouldn’t know it by looking at Phoenix.

It’s the sixth-largest city in the country – after New York City, Los Angeles, Chicago, Houston, and Philadelphia. And it’s the largest city in Arizona, with more than 1.5 million residents.

Yet, it’s got no history museum. Entrance to the Arizona Heritage Center in Tempe.
Lynn Trimble
New York, Chicago, and Philadelphia have history museums with robust exhibitions and programming that addresses not only the past, but what citizens want to create for the future.

The city of Tempe, ranked the eighth-largest city in Arizona with just over 175,000 citizens according to the last U.S. census, has had a history museum since 1972. Launched by the nonprofit Tempe Historical Society, it’s been under city control since 1985.

Several Valley cities, including Scottsdale and Gilbert, have small museums run by local historical societies. And Chandler is working now on expanding the Chandler Museum, with help from Peter Bugg, the city's new visual arts coordinator.

The city of Phoenix, however, doesn't. The former Phoenix Museum of History at Heritage and Science Park.
Lynn Trimble
But that hasn’t always been the case.

Back in 1996, the city opened a 20,000-square-foot Phoenix Museum of History, which evolved from an existing nonprofit. It was funded in part through a 1988 city of Phoenix bond. The museum was built at what’s now dubbed Heritage and Science Park, using $8 million of the $47 million allocated for a larger project that also included building the Arizona Science Center, plus a parking garage and streetscape.

The Phoenix Museum of History included exhibitions about indigenous cultures, subsequent settlers, and the evolution of modern city life. And it housed the 1905 steam engine that remains there, which was so big that the space it occupies had to be built around it. Today, it's a relic of the city's short-lived attempts to honor its own history.

When the nationwide economic recession hit, the city faced budget shortfalls and cut the museum’s funding of about $100,00 per year.

The museum went under in 2009. A portion of its assets were transferred to the Arizona Science Center, which agreed to display some of the museum’s contents as part of that deal.

Now, the Phoenix Museum of History is a thing of the past.

Several of its artifacts sit inside the Arizona Science Center, and part of the building that housed the museum serves as a maker-space called Create. Apparently, the maker movement beat out the history buffs on that one. Arizona Science Center, which houses part of the former Phoenix Museum of History collection.
Lynn Trimble
The optics there are telling.

Although, in all fairness, that’s not unique to Arizona. Today’s national political discourse is filled with historical errors and insensitivities. Entrance to Pueblo Grande Museum and Archaeology Park in Phoenix.
Lynn Trimble
It’s not enough to have the city-operated Pueblo Grande Museum and Archeological Park, where visitors can explore Hohokam culture, or the Arizona Heritage Center at Papago Park run by the Arizona Historical Society. At the latter, Phoenix shares the spotlight with all of Arizona, except for two small rooms temporarily showing paintings by local artists inspired by various periods of Phoenix history.

Those museums are important, as are current city of Phoenix efforts to create a Latino Cultural Center. But these existing museums can’t satisfy the curiosity of those residents and tourists eager to explore and discuss the modern history of Phoenix.

And having a couple of Marshalls, namely state historian Marshall Trimble and “hip historian” Marshall Shore, making the rounds like traveling troubadours isn’t cutting it either, although it’s certainly the case that both present compelling windows into Arizona’s past.

The city needs a central gathering place where citizens can explore what’s come before, and create ways to get involved moving forward. It needs a place to celebrate community successes, and tackle shared challenges.

And it needs a tangible, brick-and-mortar reminder that what's happened here before is deeply relevant to what could happen here tomorrow. Without that, it's too easy to steamroll history away, or settle for worshipping at the temple of what's popular or profitable. 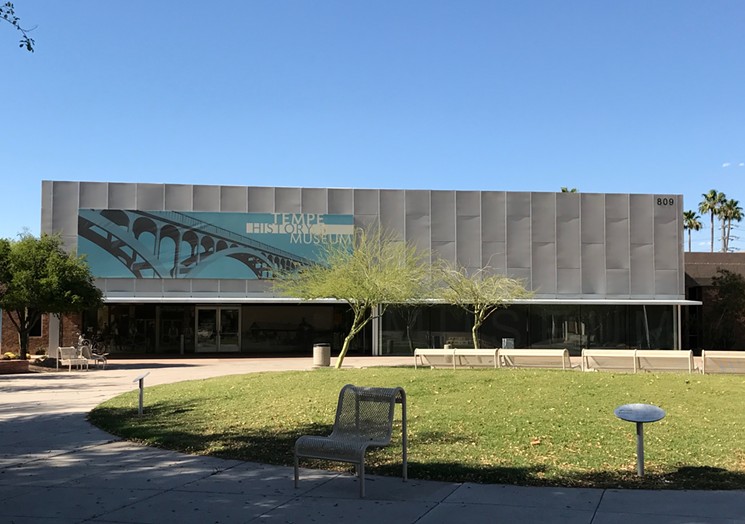 For starters, there’s the Tempe History Museum, where people experience a confluence of the city’s past and present through a photographic timeline, artifacts from the past, stories and photographs of diverse citizens, and exhibits about current issues such as sustainability. The museum also offers a rich lineup of local art and music, plus opportunities for civic discourse.

So, too, does the Museum of the City of New York, located on a street adjacent to Central Park that’s called Museum Mile. It’s an art and history museum that tells the city's stories, past and present, while giving visitors pause to consider their dreams for the city's future. For several years, it dedicated an entire gallery to the evolution of New York’s approach to social issues such as immigrant, worker, and LGBTQ rights. And now that space houses an exhibition exploring 400 years of New York City history. 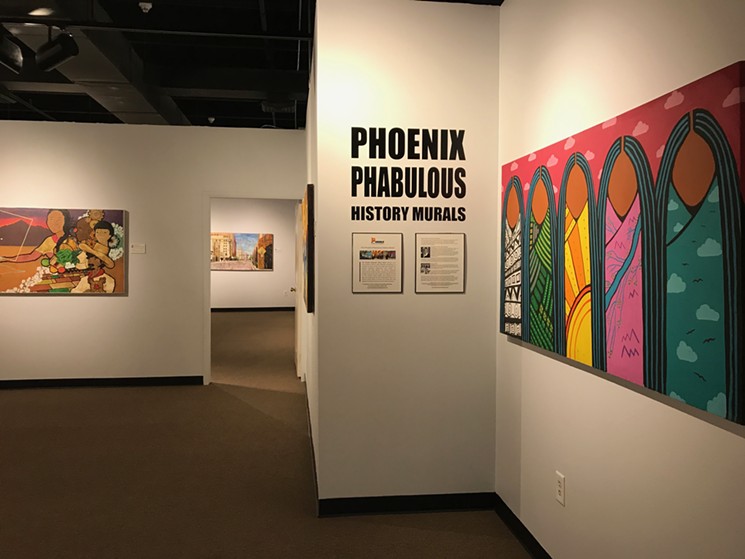 Phoenix Phabulous History Murals exhibited at Arizona Heritage Center.
Lynn Trimble
Knowing everything those museums offer, it's tempting to mourn the loss of the Phoenix Museum of History. But maybe the museum closing in 2009 was a hidden opportunity that's only now coming to light. You could say the need has been uncovered, like so many pottery shards found in downtown developments built on indigenous sites.

What's needed now are the resources, including money and expertise.

There's good news on that front, in part because downtown Phoenix in 2017 is far different than downtown Phoenix in 2009. Today, Arizona State University has a significant downtown presence. And it has expertise in various aspects of history, technology, and placemaking. Imagine what would be possible if the city, university, and community came together to create a state-of-the-art Phoenix History Museum.

In a time marked by so many creative ways of storytelling, surely Phoenix can muster the resources to create a dedicated place for telling its own stories, and engage others in sharing theirs.