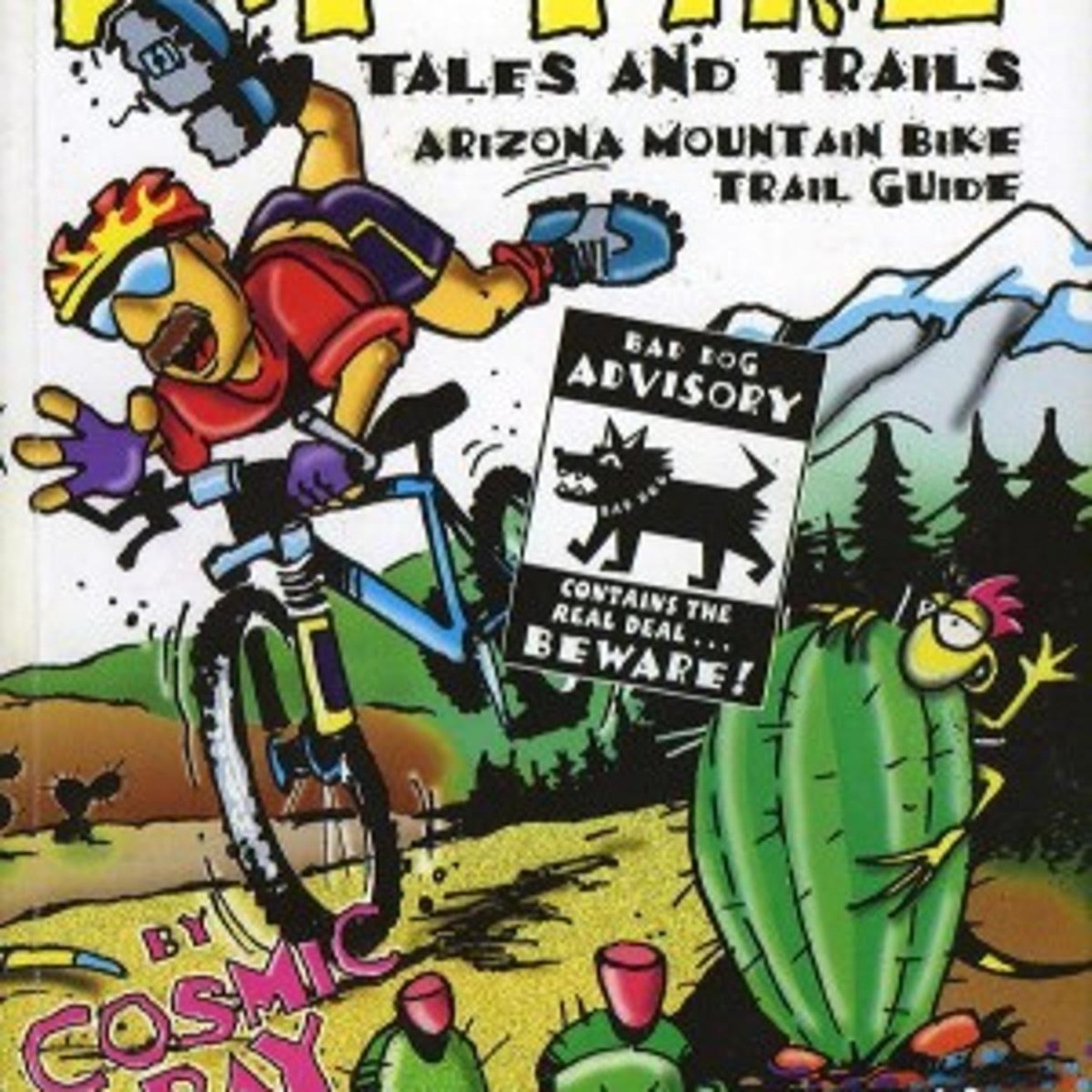 "Cosmic Ray" has taken off on his last great adventure.

Ray Brutti, the Flagstaff-based writer of popular Arizona local guides on mountain biking and hiking, died on October 2 at age 74. An online obituary shows he's survived by his wife of 40 years, Marcia Wiesner, daughter Elena Brutti, cousins, and "his many friends worldwide."

Known to some as the "father of mountain biking in Flagstaff," Brutti was a 33-year-old bicycle fanatic in 1979 when he moved to the northern Arizona mountain town, having completed several bike tours in Europe as well in the States. He got his name while working as a bike mechanic at Cosmic Cycles, but Cosmic Ray became a household name for many Arizona adventurers after the first edition of Fat Tire Tales and Trails was published in 1988, when mountain biking was just starting to become a thing.

He went on to publish three guides to the state's best biking and hiking trails that have seen a couple dozen revisions over the years. The covers to the guides and artwork inside, drawn by Eric Berg, along with snarky written descriptions of the trails, help make Cosmic Ray's books instantly recognizable at outdoor stores across the state.

"My maps are rough like mountain biking, not an exact science," Brutti wrote in a 1993 edition. "It's hard and dirty. It's fun and it hurts. Real sport for real people."

Brutti was a frequent visitor at Babbitt's Backcountry Outfitters in Flagstaff, said an employee, Cullen, who asked to be identified only by his first name. The guides still sell well, and employees often recommend them to out-of-town visitors, he said.

"All the employees were familiar with him," Cullen said. "He would come in and say hi. It's definitely a loss. He was a big part of the Flagstaff scene here."

Update: Justin Schmid, local mountain biker and Phoenix New Times contributor, also had this to say about Brutti and his books: "It's really easy to forget that time before Strava and Trailforks and a bunch of other smartphone apps that would help you find a good place to ride. Cosmic Ray got me lost more than a few times, but he also pointed me toward a lot of fun that I never would've found otherwise... I seriously can't imagine mountain biking in the 90s without Cosmic Ray. It wasn't just the maps, either. His mountain bike glossary was hysterical. I mean. I don't know anyone who said that stuff, but it was funny!"
KEEP PHOENIX NEW TIMES FREE... Since we started Phoenix New Times, it has been defined as the free, independent voice of Phoenix, and we'd like to keep it that way. With local media under siege, it's more important than ever for us to rally support behind funding our local journalism. You can help by participating in our "I Support" program, allowing us to keep offering readers access to our incisive coverage of local news, food and culture with no paywalls.
Make a one-time donation today for as little as $1.