Here in Phoenix, we may live with extreme heat and monsoon storms — but since pretty much forever, Arizonans have been able to cling to the fact that at least we don't live in a place that has earthquakes. That is, until now. A study conducted by ASU researchers at the School of Earth and Space Exploration using EarthScope data revealed nearly 1,000 quakes over a three-year period from April 2007 through November 2010. Thankfully, most of the seismic activity — 91 percent, in fact — consists of "microquakes," which register magnitudes of 2.0 or below and are not usually felt by humans. While several hundred earthquakes per year may seem high, lead researcher Jeffrey Lockridge points out that most of the state had never been seismically monitored before this, making his the first comprehensive earthquake catalog for the state. Pardon us if we feel a little shaky after that news.

University of Arizona College of Medicine-Phoenix

Students at the University of Arizona's College of Medicine-Phoenix get hands-on training with state-of-the-art, computer-controlled mannequins. These mannequins are programmed to behave like real people and give students the chance to learn within a stressful scenario. IVs can be started, drugs administered, and vitals checked all without actually needing to stick a needle in a real person. All this training happens in simulation rooms designed to look and feel like an actual emergency room, operating theater, or labor and delivery room. Instructors observe the learning chaos through slightly creepy one-way glass.

The college itself is housed in a sparkling new building, sheathed in copper plating and located in downtown Phoenix between ASU's Mercado complex and the TGen building.What's more, the program at the Phoenix campus is being built from the ground up as a collaborative and interdisciplinary learning environment between students in the medical, physician assistant, and physical therapist schools — the hope being that students who are trained to think of themselves as part of a healthcare team will be less likely to develop massive House-size egos. The school recently received its preliminary accreditation, which means prospective students can apply directly to the downtown Phoenix campus now. There are only about 300 students on campus today, but they'll be ramping up to more than 1,200 students over the next four years. They'll also be adding additional programs such as a master's in public health.

Best Science Fiction (Or Is It?) About Phoenix

You don't have to be a believer, a Freemason, or even well-versed in ancient cultures to get swept up in the multi-layered history and archeo-astronomy surrounding the 33rd parallel north latitude. According to legend, Phoenix, which sits at a latitude of 33 degrees and 43 minutes, lies within the influence of the "dragon energy" of this imaginary line around the Earth. In this theory, a "researcher" named Gary A. David chronicles the numerous civilizations all over the world that sit along the parallel. From the Hohokams to the ancient city of Babylon, David believes the 33rd parallel cities demonstrate the mysterious and pervasive connections between Masonic lore, UFOs, and, yes, our own Valley of the Sun.

Within just one degree of the parallel and in the Phoenix metro area, David points to at least a half-dozen historical landmarks and happenings (including the ruins of the astronomical observatory called Casa Grande, the 1997 UFO sighting of the "Phoenix Lights," and the Cirlestone solstice and equinox sun-watch station in the Superstition Mountains) which he says show ancient peoples' attempts to channel the power of the "terrestrial chi." The number and location also hold significance for the Church of Scientology, which developed out of the Hubbard Association of Scientologists, founded right here in Phoenix in 1954. Recently, Scientologist poster boy Tom Cruise has drawn media attention for his "rule of 33" and apparent inclination to divorce his wives (three in total now) at age 33. Other theories point to the imbalanced distribution of wealth: Major financial centers such as London, New York, Chicago, and Switzerland all lie above the 33rd parallel, although the majority of the world's population lives below the line. One theorist notes the large number of death row prisons that sit on or near the "Global Mystery Circle" — including the Arizona Department of Corrections maximum-security prison in Florence. The number is significant in the Bible, some say it holds the key to John F. Kennedy's assassination, and, lucky us, we live in the middle of it all. 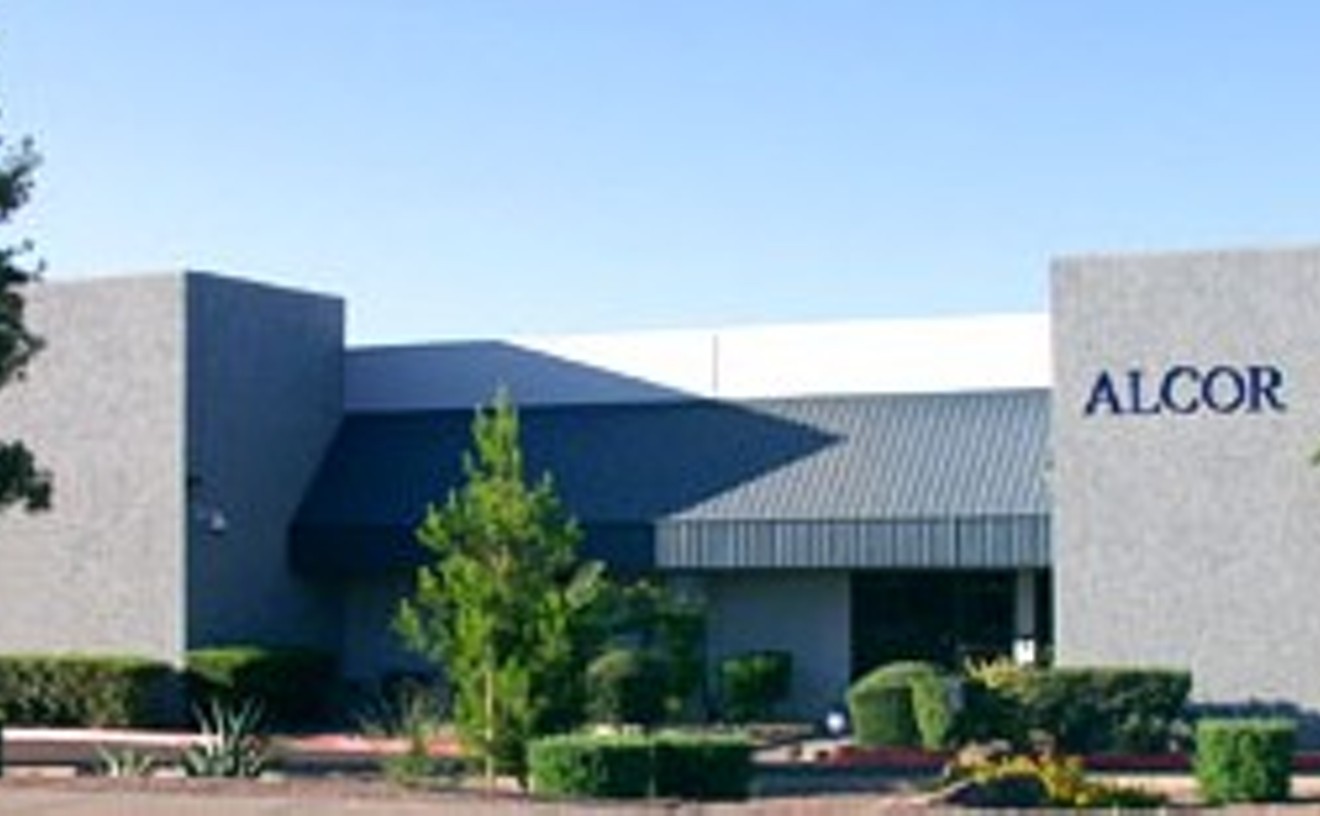