The times, they are a-changin'. The days of Bob Dylan the young upstart are long gone, because today, Bob Zimmerman of Minnesota turns 80 years old.

Dylan's stylings had relatively humble beginnings on his eponymous debut album. Just a kid in New York City with a guitar and harmonica, Dylan churned out what would set the foundation for his decades-long career, although its track list containing only two original songs made it little more than a cover album.

Few artists can claim nearly 40 studio albums. However, being a musical icon is not without its downsides. From the infamous 1966 "Judas" concert, where Dylan's daring use of the electric guitar cost him among die-hard fans, to the toll old age and an unknowable amount of drug use have taken on his voice, Dylan has managed to mostly come out on top.


Dylan's work is a reflection of how he's been able to transform multiple genres — folk, rock, country — while maintaining his simultaneous dichotomy of the doe-eyed country boy lost in the city and the rebel without a cause. Regardless of whether every song sounds identical to the recording when played live — spoiler alert, it won't — each entry in his repertoire has made its own contribution to the future of popular music.

On the occasion of his 80th birthday, here are Bob Dylan's 10 best albums.


10. Nashville Skyline (1969)
Seven years into his recording career, Dylan released a deviation from his folk protesting, power-to-the-people facade. From the staccato sentence structure of "Lay, Lady, Lay," to the revisited version of "Girl from the North Country" with Johnny Cash, we're offered a glimpse into Dylan's lyricism at its origin — before it becomes a polished studio release. Although his voice was already on the fritz in Nashville Skyline, the simplicity of the arrangements and the soul of the lyrics more than makes up for it.

Dylan's mellow delivery: Throughout the album, Dylan sounds notably less biting than in his previous work. He quit smoking prior to the album's recording.


9. Desire (1976)
In 1964, The Times They Are a-Changin' signaled an intermission in Dylan's protesting. Casting off social justice for more fun and abstract numbers, such as "Bob Dylan's 115th Dream," it was only a matter of time before something jolted Dylan's songwriting back to its genesis — protesting. That something was the arrest of Black boxer Rubin "Hurricane" Carter. Dylan takes eight-and-a-half minutes to tell the tale of the man who was arrested and framed for a New Jersey homicide simply because of the color of his skin. "Although they could not produce the gun / The DA said he was the one who did the deed / And the all-white jury agreed," Dylan croons out on the album's lead track. "Couldn't help but make me feel ashamed / To live in a land where justice is a game."

Athletes: Dylan originally recorded another song about an athlete to be on Desire. "Catfish" was penned as a tribute to Major League Baseball pitcher Jim "Catfish" Hunter. The song ultimately didn't make the album cut, though, and ended up on The Bootleg Series.


8. Bob Dylan (1962)
We don't actually hear a Bob Dylan song until "Talkin' New York" comes on after the first track. In an album largely made up of covers, Dylan had his work cut out for him. He needed to take songs which were not his and make them his, which is debatably more difficult than writing one's own songs. Since the song was largely made up of old folk standards, Christianity and references to Jesus Christ pepper the album. In hindsight, it looks like an intentional foreshadowing for his 1980 album, Saved, which revolves around his newfound Christian faith.

What goes around comes around: "Song to Woody," one of the album's two originals, was an open letter from Dylan to his idol, Woody Guthrie. David Bowie took a cue from the song in his own recording, "Song for Bob Dylan." "Hear this, Robert Zimmerman, I wrote a song for you," Bowie sings, much like Dylan sang, "Hey, hey, Woody Guthrie, I wrote you a song" years before.

7. Blood on the Tracks (1975)
From the moment the album flicks on, you know this album is an homage to Dylan's early days. And with good reason. Dylan was coming off albums such as Self Portrait and Pat Garrett & Billy the Kid. Since 1966's Blonde on Blonde, Dylan hadn't been able to top his pot-fueled, nonsensical best. The largely acoustic album kicks off with "Tangled up in Blue," the long tale of Dylan's main character reuniting with an old lover in the middle of a strip club. From there, the LP goes on to unleash Dylan's spite in a more caustic fashion than any of his previous — or subsequent — work. Before the album wraps up with the calming, pseudo-biblical tale of "Shelter from the Storm," Dylan lets it all hang out on the anti-love song, "Idiot Wind." "Idiot wind/Blowing every time you move your teeth," he belts out in the chorus. "You're an idiot, babe / It's a wonder that you still know how to breathe."

Similarities to Dylan's personal life: Dylan has been notorious for his reluctance to live in the public eye or deal with the press. While he was recording the album, he was separated from Sara, his spouse at the time. To say fraught relationships make up the theme of Blood on the Tracks would be an understatement.

6. Hard Rain (1976)
As always, a live performance of a Dylan song may as well be a new song altogether. While some of his early live recordings suffer quality, those on Hard Rain come through as though they were recorded in a studio. When the electric reinterpretation of "Shelter from the Storm" plays, one can almost imagine standing in the crowd as Dylan adjured the crowd to "Turn back the clock to when God and were born."

Lack of appeal: Although one of the concerts heard on the Hard Rain album was broadcast on national television, the album only reached No. 17 in the U.S. 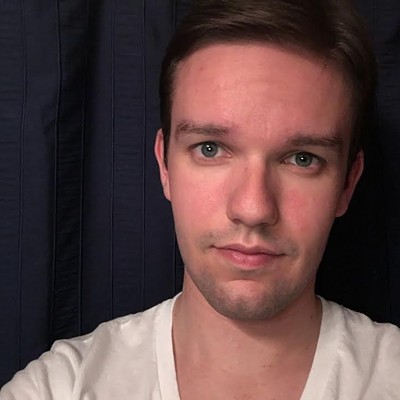