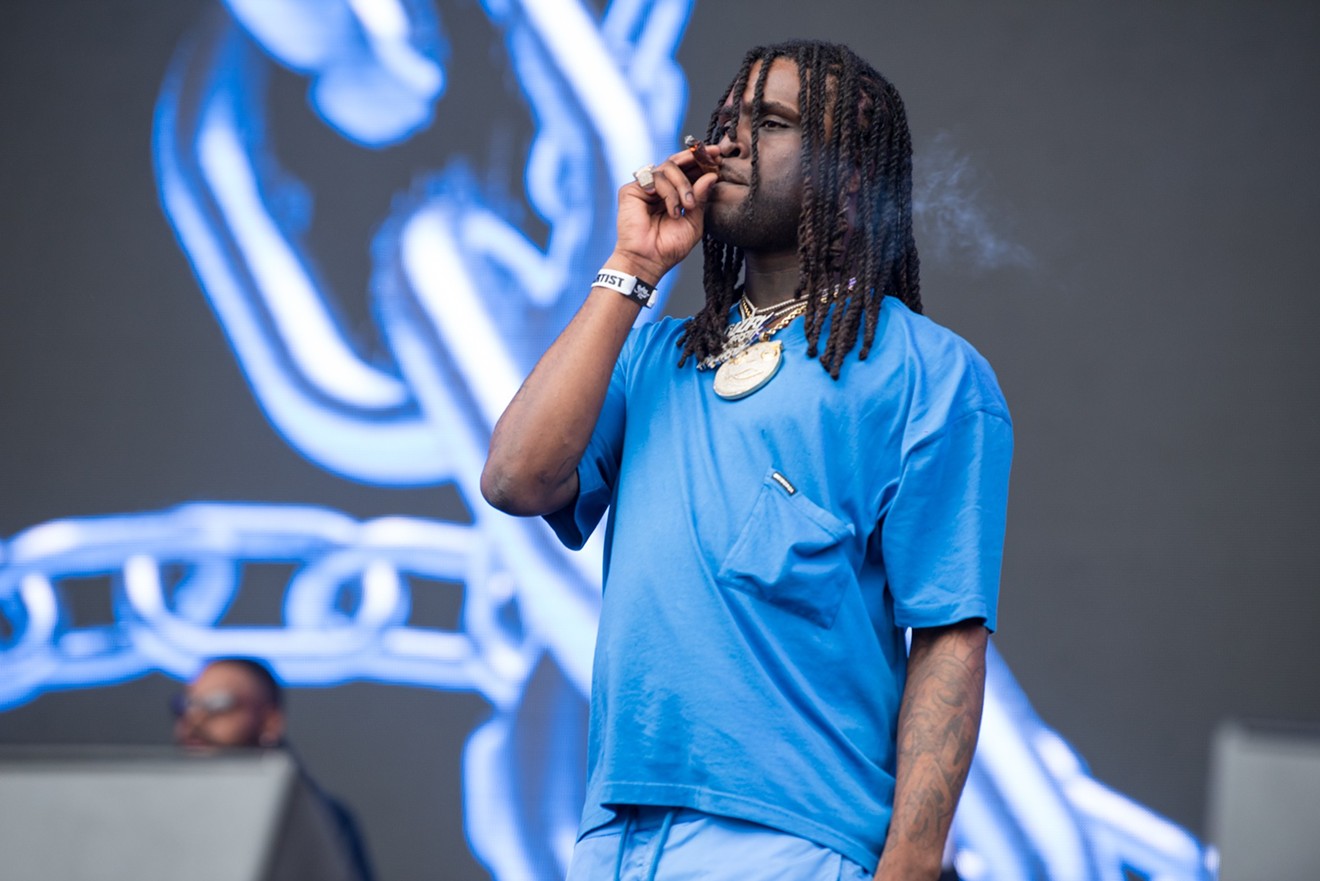 
Flashback to 2012: Keith Farrelle Cozart, a.k.a. Chief Keef, drops the infamous music video to his hit song “I Don’t Like,” and for a moment, the world stands still — that’s how it felt in my high school, at least. Back then, it seemed as though everybody was listening to and talking about Chief Keef nonstop, not simply because he was controversial — he apparently shot the “I Don’t Like” video while on house arrest — but because the music was great.

The newest generation of rappers tend to get a lot of hate from older hip-hop fans for not being avid listeners of “classic” rappers like Tupac or Biggie. But when they’re asked who influenced them, a lot of the times they respond with Chief Keef. In an interview with J. Cole, young rapper Lil Pump revealed who he was listening to growing up. “I used to listen to a lot of like, Chief Keef and shit,” Pump, real name Gazzy Garcia, said. “That’s like, who I looked up to … it was a whole different era he came with.”

The same goes for Lil Uzi Vert, who revealed his influences during an interview on Sway in the Morning. “I’m not going to lie: I listen to a lot of Sosa,” Uzi, real name Symere Woods, said, referring to Keef by his nickname. “Even in my early days of rapping ... everything I listened to, you can hear the influence in my music.” The list of rappers influenced by Keef is long, but Pump and Uzi stand out as the most popular of his young acolytes.

Those who listen to Keef and enjoy his music may understand why he was so big and influential, but those who never have may be wondering: What was so good about his music? What made Chief Keef so great?

For one, Keef had a reputation of being wild. He’s from the south side of Chicago, which in 2012 was considered the “murder capital” of the nation, logging over 500 homicides that year. Keef comes from those trenches, and the violence he grew up around, including his affiliation with the 300 gang, also known as the Black Disciples, certainly influenced his gritty brand of street rap. His house arrest stint during the “I Don’t Like” shoot, for instance, came from a charge of unlawful use of a weapon. Rumor had it that Keef had shot at the police from inside a Pontiac Grand Prix.

True or not, the gossip only added to the dangerous image of Keef and the “drill” music scene that coalesced around him. His reputation helped his music because people respected the fact that he’s from the streets and his music expressed the raw realities of his environment. Listen to the intro of “Love Sosa” to get a feel of how his fans thought of him. “Fuckers in school telling me, always in the barber shop, Chief Keef ain’t bout this, Chief Keef ain’t bout that,” says an angry voice on the track. “Shut the fuck up! Y’all don’t live with that nigga. Y’all know that nigga got caught with a ratchet shootin’ at the police and shit. Nigga been on probation since fuckin, I don’t know when!” Later on the track, he describes life as a gang member from the O-block area of “Chiraq.” “O-end or no end / Fucking with them O-boys / You gonna get fucked over.”

Of course, Keef didn’t merely stand out for raw lyrics – he also changed the game with ad-libs. Keef is notorious for his ad-libs, starting with his song “Bang,” where he would constantly repeat words like “Bang bang,” “Gang gang,” and “Squad” as a sort of vocal trademark. What was considered filler words at the time is now a respected technique used by a majority of upcoming rappers, from Lil Pump’s “Eskeetit” to the late XXXtentacion’s “Aye” and “Yuh.”

Since then, Cozart has moved out of Chicago and into a safer environment. He’s still had occasional run-ins with the law over the years, however, from a parole violation in 2013 to a 2017 home invasion charge that was dropped earlier this year. All these altercations with the law have urged him to make some changes to his lifestyle. On a Viceland series called The Therapist, he describes how messing around with paintball and video games helped him kick his problematic love of guns. He started his own paintball league called Glo Navy, then turned it into a gaming channel on YouTube. If you were to take a look at Keef’s Instagram and scroll through, you’d notice a plethora of arcade games and Xbox consoles set up in his living room.

As far as music goes, he recently released a new studio album called Mansion Musick and a mixtape titled The Cozart. Mansion Musick proves that Keef can still make bangers with songs like “Tragedies” and “Uh Uh” featuring Playboi Carti. He also immortalizes his late cousin and fellow rapper Fredo Santana on “TV On (Big Boss).” The Cozart, meanwhile, demonstrates how much he’s changed with the emotional track “Chiraq.” The song is a heartfelt tribute to his hometown of Chicago, which he cannot visit in fear of gang retribution. Both these releases feature a new Chief Keef, one who loves paintball and video games and who only wants to help his city and generate more music for his fans. As Snoop Dogg told Keef on his Double G News show, “I see how you’re moving man. You’re moving with precision, you get it now. You understand what you’re supposed to be doing and you’re catering to your fans.”

Whatever feelings or opinions people have on Chief Keef, they cannot deny that the ripples he created when he splashed into the rap game are still being felt to this day through a new generation of rappers. Fans of Lil Pump, Lil Uzi Vert, and dozens of other young rappers can thank Keith Cozart for influencing and inspiring them.
KEEP PHOENIX NEW TIMES FREE... Since we started Phoenix New Times, it has been defined as the free, independent voice of Phoenix, and we'd like to keep it that way. With local media under siege, it's more important than ever for us to rally support behind funding our local journalism. You can help by participating in our "I Support" program, allowing us to keep offering readers access to our incisive coverage of local news, food and culture with no paywalls.
Make a one-time donation today for as little as $1.