Drab Majesty End 2018 Sharing a Stage With the Smashing Pumpkins 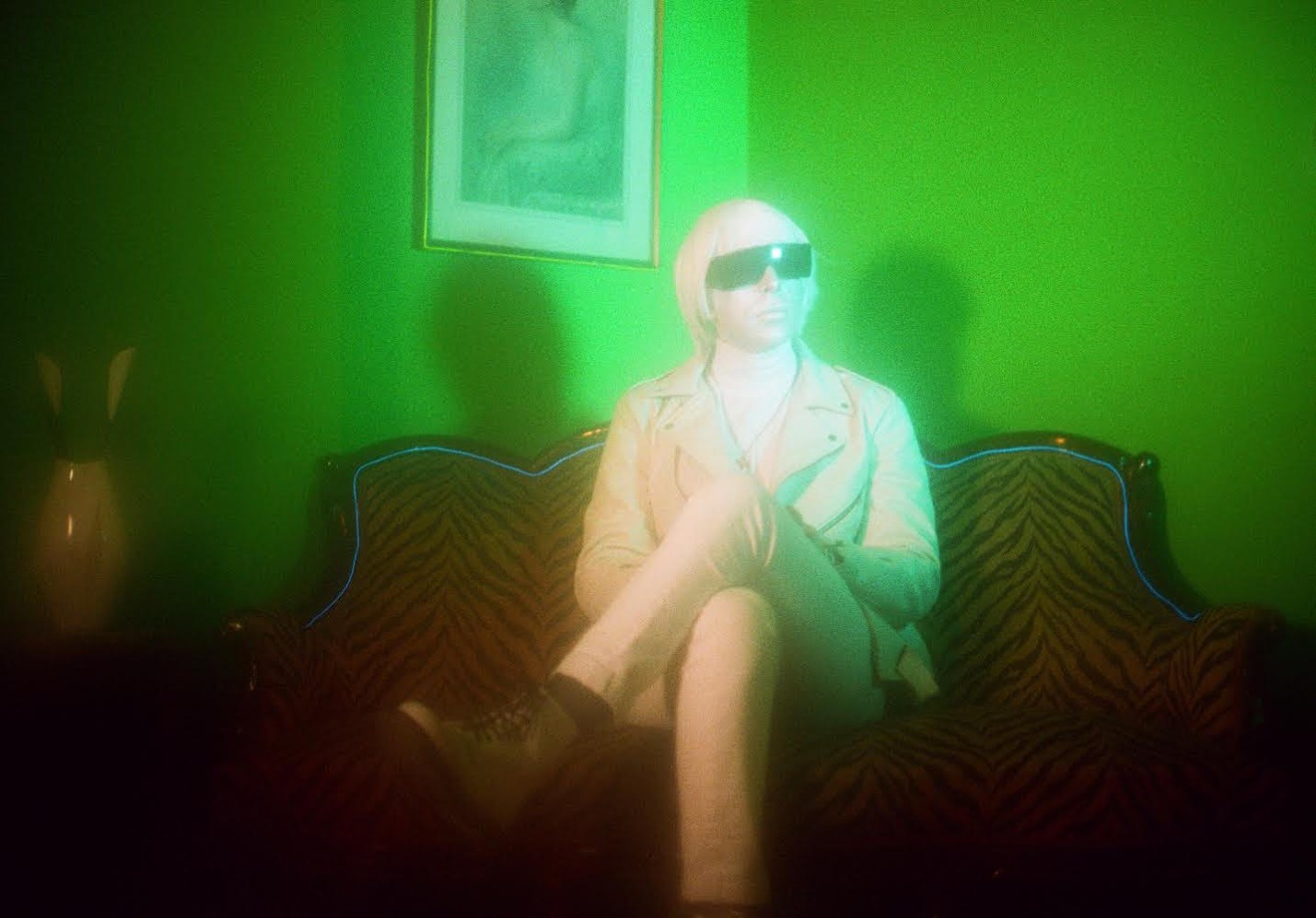 Drab Majesty return to Phoenix supporting the Smashing Pumpkins photo credit: Nedda Afsari
After their stellar Shiny and Oh So Bright Tour kickoff earlier this year at the Gila River Arena, Smashing Pumpkins will return to Phoenix this month for a victory lap. In addition, they’re bringing along excellent support in the form of Los Angeles goth rock act Drab Majesty.

Drab Majesty’s Deb Demure spoke with Phoenix New Times about their introduction to Corgan and company. “We were notified by our friends in Power Trip that [Corgan] had made an online post celebrating the song ‘Cold Souls.’ I reached out to him personally thanking him for the support and to let him know how humbling the gesture was, considering a large portion of our musical DNA was shaped by ’90s-era SP … I’ve always been fond of Siamese Dream front to back.”

“Cold Souls” hails from Drab Majesty’s amazing 2017 LP The Demonstration. It’s a record with endless listenability that shares the dreamlike narrative aspects of Siamese Dream, while not necessarily sharing its preoccupation with heavy metal. “A lot of what Billy has done harmonically we too like to play with,” says Demure, “Open chord voicings, emotive changes – the shoegaze influence no doubt is the thread.”

Mutual respect blossomed soon after this introduction, and in October, Drab Majesty made an appearance in the zany video for new Smashing Pumpkins single “Silvery Sometimes (Ghosts).” In it, as the band takes a tour through a haunted house, Jimmy Chamberlin is haunted by Drab Majesty in their quintessential ghostly attire. “Filming the video was a delight,” Demure says. “[Corgan] had a very clear vision and had no problem articulating it on- and off-set. It was inspiring to see him so involved in the work and truly coming at it from a DIY kind of sensibility.”

Also appearing in the video as the haunted house’s over-eager promoter is Sugar Ray frontman Mark McGrath. “Mark McGrath, without a doubt is a beacon of inspiration in all facets of the Drab Majesty prism,” Demure says. “We owe it all to the Wrath of McGrath that has paved the way for our humble forays into regions now charted by this brilliant luminary.”

The admiration for Corgan’s vision and articulation is something Deb Demure pursues vigorously. Look no further than the band’s extravagant music videos and manicured imagery. “The songs are frequencies,” Demure says. “They connote color, shape, imagery, etc. The aesthetic cues we take are guided by these principles … the color palette and aesthetic still is some kind of thread we’ve been building — a visual invitation to our home which houses these here sounds.”

In the new year, Drab Majesty will bring their sonic vision to the ends of the earth, with dates in Australia and New Zealand. The band also grows closer to sharing new material with their fans. “A lot of progress has been made on LP3 this year and it is nearing completion,” Demure says. But with cool control and razor-sharp vision for a final product, Drab Majesty will wait until the reveal is truly merited. “Not likely to be displayed on upcoming shows until the next album cycle.”

Until then, the band will bring it all for their dates with Smashing Pumpkins. They tap into the same vibrating spirituality that once inspired Corgan to write an entire record about hearing the voice of God on the radio. Draped in white and pristine to the senses, Drab Majesty offer something like a religious experience. “What we do is spectacle,” Demure says. “It’s important that you leave our shows thinking what you just saw was either a scam and total bullshit or something that was deeply spiritually enriching.” Either way, it’s a demonstration you won’t turn away from.

Smashing Pumpkins. With Drab Majesty. 6 p.m. Friday, December 7, at Mesa Amphitheatre, 263 North Center Street, Mesa; mesaamp.com. Tickets $59-64 via mesaamp.com.
KEEP PHOENIX NEW TIMES FREE... Since we started Phoenix New Times, it has been defined as the free, independent voice of Phoenix, and we'd like to keep it that way. With local media under siege, it's more important than ever for us to rally support behind funding our local journalism. You can help by participating in our "I Support" program, allowing us to keep offering readers access to our incisive coverage of local news, food and culture with no paywalls.
Make a one-time donation today for as little as $1.