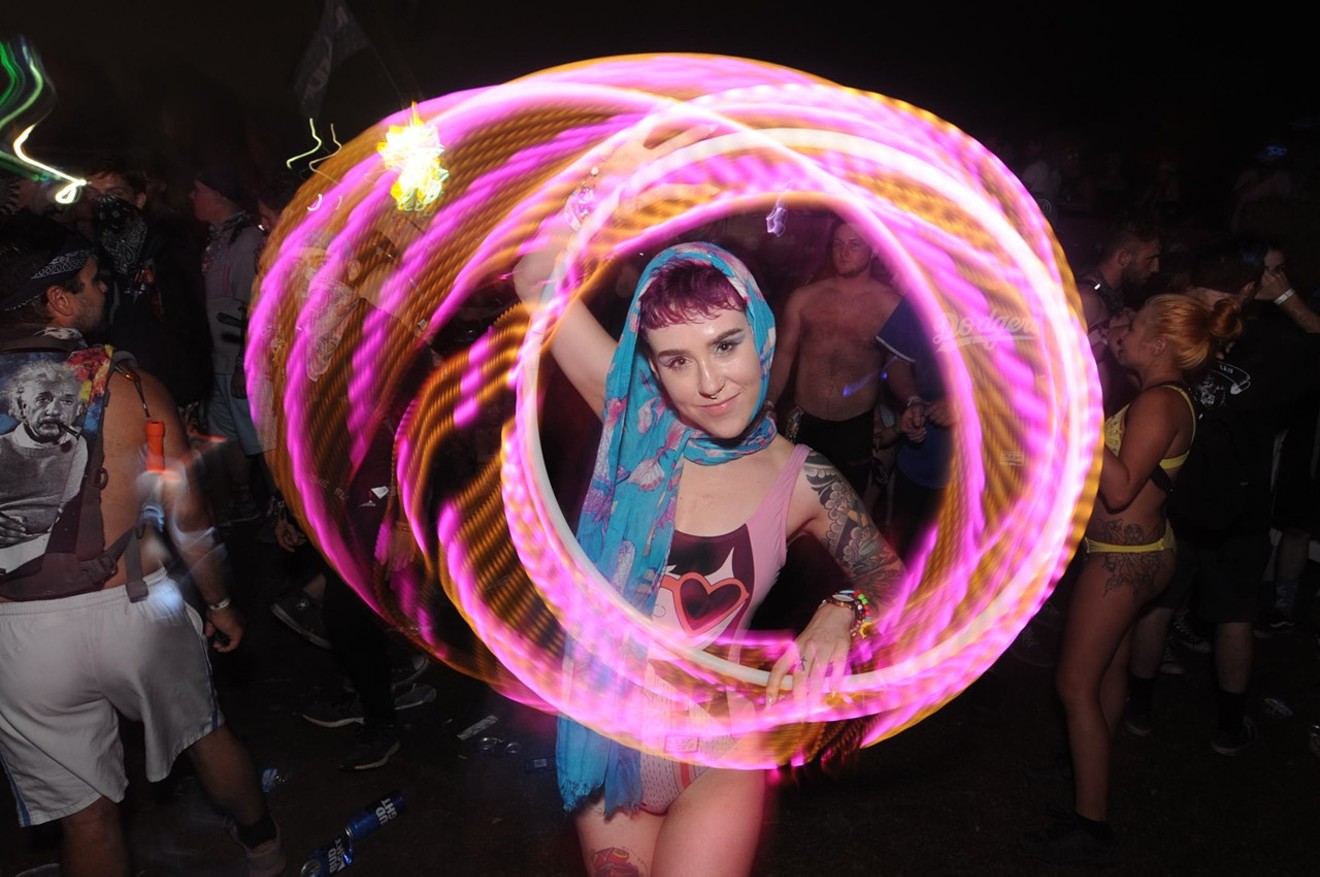 Goldrush Music Festival 2018. Benjamin Leatherman
Reaffirming its status as Phoenix's biggest fall festival, Goldrush has just announced the second wave of artists performing at its 2019 edition — and this time, the ravers will be pleased.

Newly announced acts include all-star EDM acts such as Green Velvet, Troyboi, Jayceeoh, Adventure Club, and more. Promoter Relentless Beats, which also runs Phoenix Lights, Decadance, and the upcoming Track Club in downtown Phoenix, is also teasing its Goldrush Expeditions lead-up series with Ghastly, Dr Fresch, and Gareth Emery, as well as a takeover from its RBDeep subsidiary, which focuses on house and techno.

These acts and more join an already impressive lineup featuring hot rap acts such as Sheck Wes, Trippie Redd, and Lil Skies alongside EDM superstars like Alison Wonderland and ZHU.

The party rides into town on Saturday and Sunday, September 27 and 28, at Rawhide Western Town and Events Center in Chandler. Two-day general admission passes will set you back $167.10 each (fees included) while VIP tickets range from $282.10 to $730.60.

See the entire lineup in alphabetical order below. 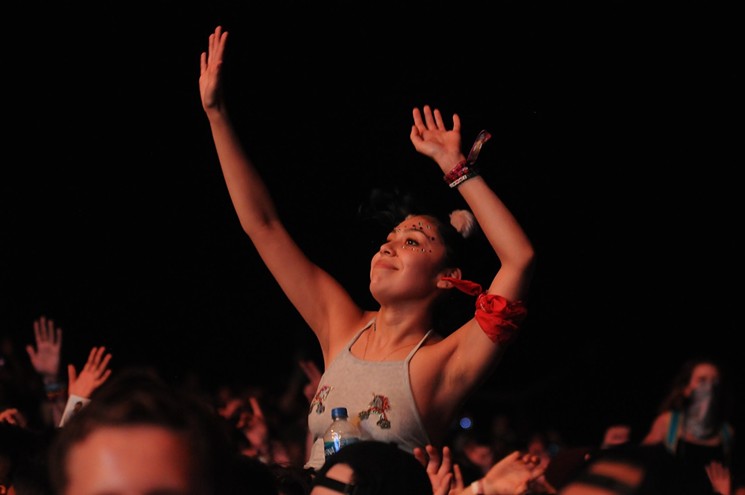 Goldrush 2019. With Sheck Wes, ZHU, Trippie Redd, more. Friday, September 27, to Saturday, September 28, at Rawhide Western Town and Event Center, 5700 West North Loop Road, Chandler; goldrushfestaz.com. General admission passes are $167.10 via goldrushfestaz.com.
KEEP PHOENIX NEW TIMES FREE... Since we started Phoenix New Times, it has been defined as the free, independent voice of Phoenix, and we'd like to keep it that way. With local media under siege, it's more important than ever for us to rally support behind funding our local journalism. You can help by participating in our "I Support" program, allowing us to keep offering readers access to our incisive coverage of local news, food and culture with no paywalls.
Make a one-time donation today for as little as $1.