How a Tinariwen CD Tells the Story of a Rebel Nation 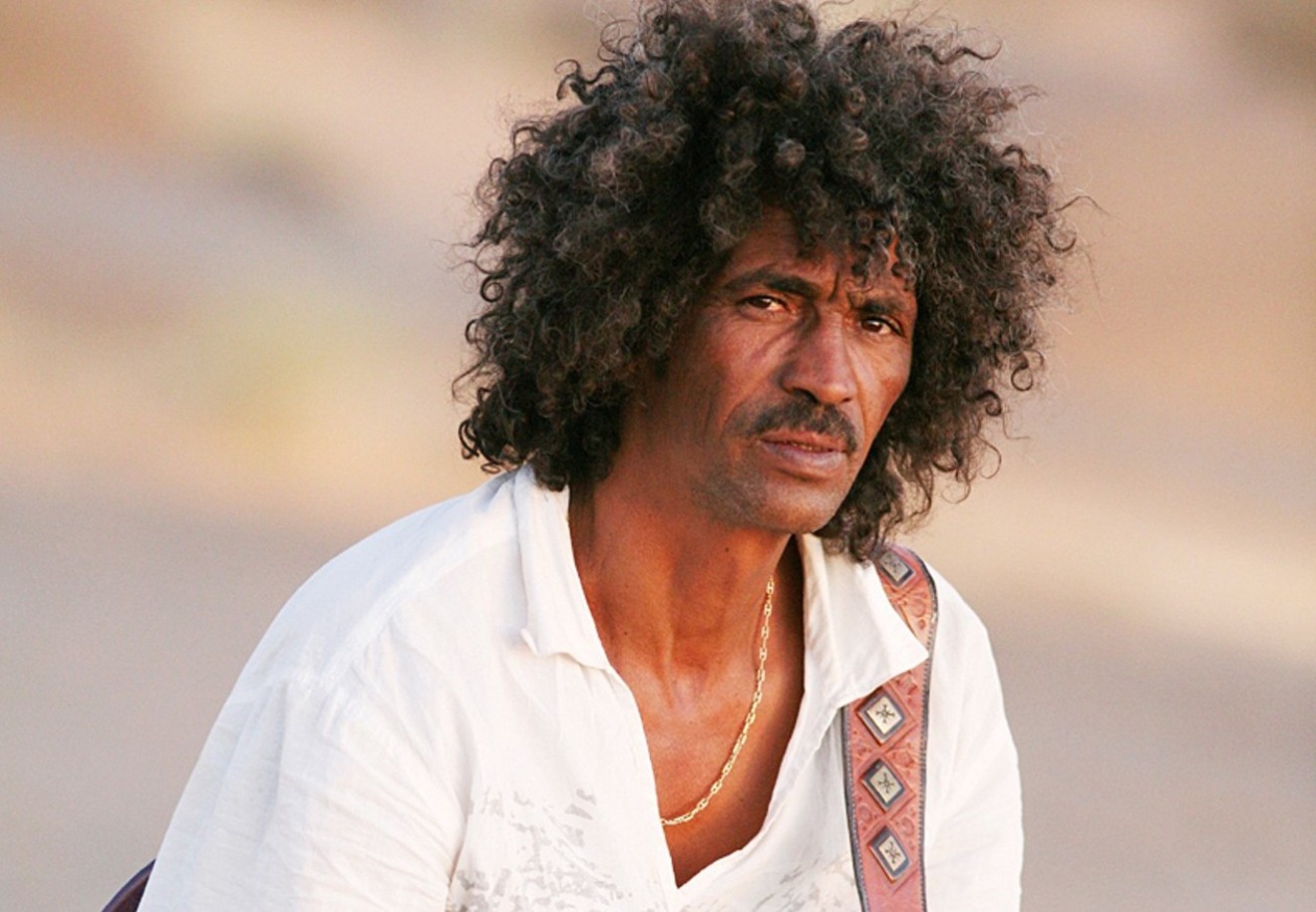 Courtesy of the MIM
I have gone to very odd places to find music. Once, long before making the desert drive that led me to Phoenix, I was traveling through another arid land, through the Sahara in Morocco. My tour bus had stopped for a while at a truck stop, and in the shop there was a table where bootleg media discs lay in stacks. Mostly, they were DVDs of Hollywood movies with ludicrous, DIY cover art. But there were also CDs, and one of them happened to be from a band I knew — Tinariwen, from Mali.

This is a group I had heard about from Pitchfork articles and watched on The Colbert Report. I’d put their music on my phone to listen to on my trip, simply because I thought their rollicking guitar melodies, polyrhythms, and singer Ibrahim Ag Alhabib’s gravelly voice would sound fitting while crossing dunes on a camel’s back. I wondered how the CD — their 2009 album, Imidiwan — had ended up here, in a roadside convenience store two countries away, in the hands of a white American. I hadn’t yet begun to confront the significance of the object I’d found, and the years-long conflict that brought it to me.

Tinariwen are Tuareg, a nomadic people who exist all over north Africa. In Mali, they and the rest of their people in the northern part of the country have been fighting a decades-long war for independence. Alhabib might as well have been born into it — when he was 4, his father was executed during the first Tuareg uprising. In the late ’70s, he and a group of like-minded Tuareg exiles formed the band in Algeria. They began playing weddings and parties, their music influenced by everything from Moroccan chaabi protest music and Arabic pop to Carlos Santana, Bob Marley, and Led Zeppelin.

In the following years, Tinariwen found themselves shifting between two contradictory careers: one in music, and one in war. In 1980, they trained in Libya with Muammar Gaddafi, who wanted to create a Tuareg regiment. In 1989, they returned to Mali; a year later, they found themselves fighting in another rebellion against the government. They cycled back and forth between fighting and making music, at one point offering to record for anyone with a blank cassette. It was these bootlegs that traveled through the desert, transmitting their messages on the state of the Tuareg people across the sandy expanse.

The author's Tinariwen CD.
Douglas Markowitz
Though Tinariwen’s music is sung in French, Arabic, and the Tuareg language Tamashek, one can sense a deep unity in their admiration for the desert from which they take their name (tinariwen is Tamashek for “empty places”). In their discography, there are blues tunes, battle hymns, love songs, and, especially after gaining international exposure in the 2000s, there are poetic, politically conscious visions of modern prosperity. On “Mano Dayak,” off their 2007 album Aman Iman (“Water is Life,”) Alhabib sings of his joy at the sight of a fellow Tuareg “communicating through a satellite phone / tied to the tree under which he rests.”

In the past decade, Mali has not seen this vision of happiness come to life. In 2012, the separatist movement rebelled again, nearly forming a new Tuareg state. But Islamists in the rebellion began to take over. They enforced sharia law, destroyed priceless artifacts in Timbuktu, and banned pop music — including Tinariwen, who fled the country. In 2013, the French military intervened on behalf of the Malian government to take back the region, and fighting has erupted sporadically since.

But these are just the latest tremors in a conflict that has shook this part of the world for generations, one I couldn’t have fathomed when I picked up that CD all those years ago. I know better now. There’s more to the desert than just the dunes.

Tinariwen. 7:30 p.m. Thursday, August 23, at the Musical Instrument Museum, 4725 East Mayo Boulevard; 480-478-6000; mim.org. Tickets are $43.50 to $48.50 via mim.org.
KEEP PHOENIX NEW TIMES FREE... Since we started Phoenix New Times, it has been defined as the free, independent voice of Phoenix, and we'd like to keep it that way. With local media under siege, it's more important than ever for us to rally support behind funding our local journalism. You can help by participating in our "I Support" program, allowing us to keep offering readers access to our incisive coverage of local news, food and culture with no paywalls.
Make a one-time donation today for as little as $1.