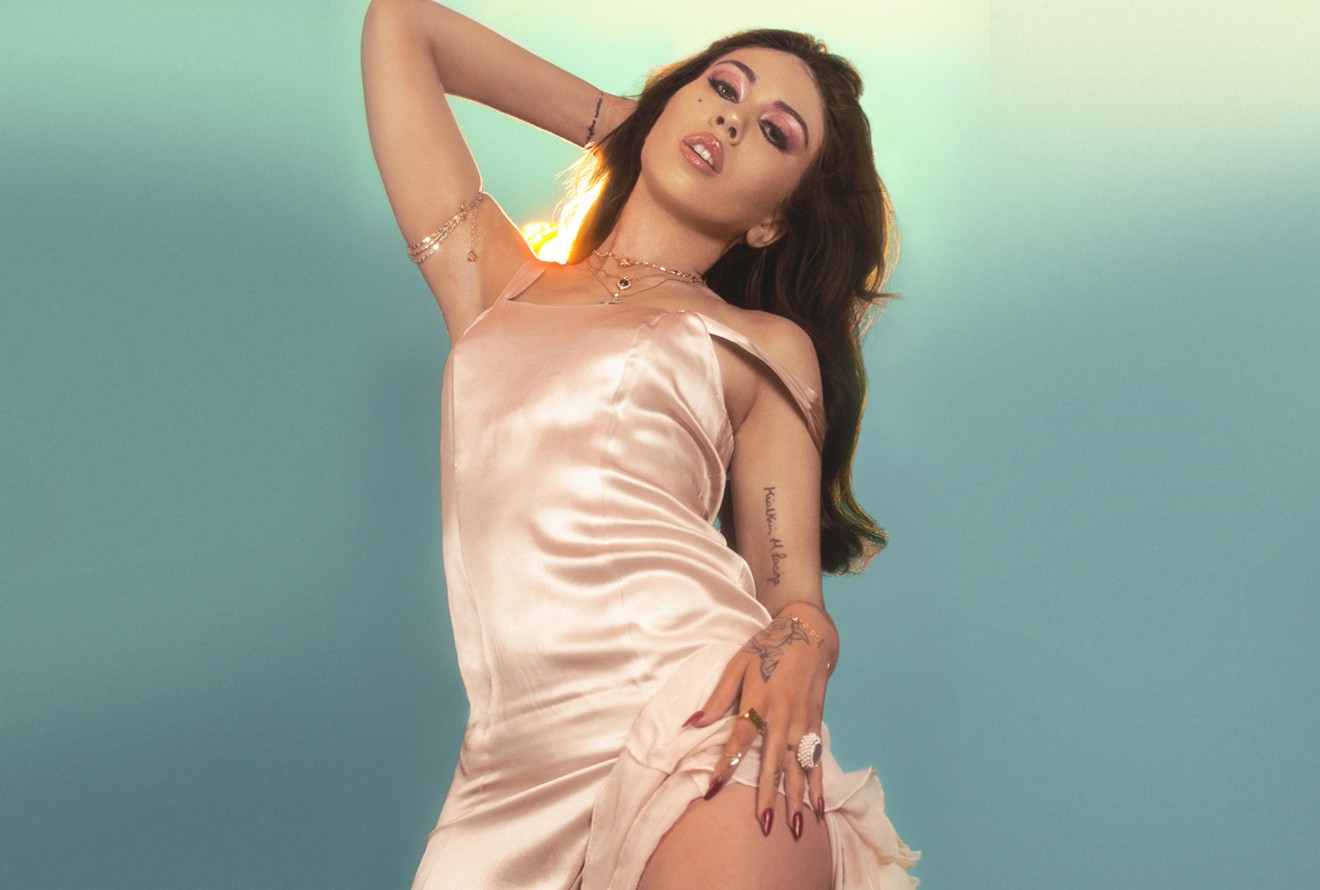 Colombian-American singer and songwriter Kali Uchis. Felipe Q. Noguier
Kali Uchis has had a great year, having been nominated for a Grammy for her work on “Get You” with Daniel Caesar and a Latin Grammy for “El Ratico” with Juanes. With her successes, including the release of her first studio album, Isolation, she not only makes her statement as an artist, but as a strong independent Latina making noise in the music industry.

Her recent album touches on the themes of being alone, self-reliance, and heartbreak. Finding strength within one's self is something everyone may struggle with, and Uchis is teaching young Latinas everywhere to think for themselves and push boundaries.

In Latin cultures, women are often mistreated and held to higher standards than men. Women are expected to know how to cook, clean, and take care of their partner, a double standard that isn't always applied to males. Latina women are also expected to stand by their partner no matter what and often face criticism, even from other women.

Another issue women face that goes beyond any other culture is that when one woman is successful or on the rise, there has to be some speculation to what got them there.

Of course, this sexism is compounded for a woman, especially a Latina, working in the music industry. "I find it fascinating," Uchis has said in interviews, "that immediately when a female and male are working together or if a male does anything that is going to help a female's career whatsoever, the immediate assumption is that she must be giving some type of sexual gratification to him in some way." People don’t want to give women the credit they deserve, she says, or let them be seen as the dominant force.

Uchis briefly touched on this idea in her track “Miami.” “Why would I be Kim, I could be Kanye,” she says. Both Kim and Kanye are successful, but the male is typically seen as being dominant. Uchis wants to be a dominant force. She’s not here to be cute – she's here to make some noise.

Isolation also delves into (no-brainer) isolation and the issues that come with it. In the popular track “After The Storm” featuring Tyler, The Creator, Uchis makes it a point that sometimes, one has to be their own hero and help themselves out of whatever slump they may be going through. Female musicians of the past like Amy Winehouse were famous for stories of pain and heartbreak, but Uchis tells her listeners, “No one is gonna save you now, so you better save yourself.” The fact that a female artist like Uchis is coming up with such a strong message is proof that the culture is changing.

The message behind "After The Storm" might not really affect a man, because let's face it, men are not considered submissive nearly as much as women are by society. But for young Latinas and other women who grew up in a culture that expects them to be perfect or influences them into believing they need someone save them like a princess, the message will have an impact. The song isn't the only thing that will relay the message, but her actions.

Kali Uchis isn't just relaying this message through song. She became successful mostly through her own accord. Kicked out of her Virginia home at 17, she worked odd jobs to make ends meet while at night, she worked on her music in her car-turned-temporary home. She eventually released her first mixtape, Drunken Babble at 18, and her work eventually caught the attention of Snoop Dogg, the first person to publicly co-sign her.

So while others came into the picture and assisted her, Uchis began her career simply making music for herself, and when she released it to the world, others flocked to her to collaborate. No man came in to help her start up – she did it all by herself, a shining example of the self-reliance she preaches in song. Thanks to Kali Uchis, young Latina women and women of all other cultures have an idol that is a dominant force making noise for herself in an male-dominated industry.

Kali Uchis. With Gabriel Garzón-Montano. 7 p.m. Saturday, September 22, at The Van Buren, 401 West Van Buren Street; 480-659-1641; thevanburenphx.com. Sold out.
KEEP PHOENIX NEW TIMES FREE... Since we started Phoenix New Times, it has been defined as the free, independent voice of Phoenix, and we'd like to keep it that way. With local media under siege, it's more important than ever for us to rally support behind funding our local journalism. You can help by participating in our "I Support" program, allowing us to keep offering readers access to our incisive coverage of local news, food and culture with no paywalls.
Make a one-time donation today for as little as $1.