On the Life and Complicated Legacy of Mark E. Smith 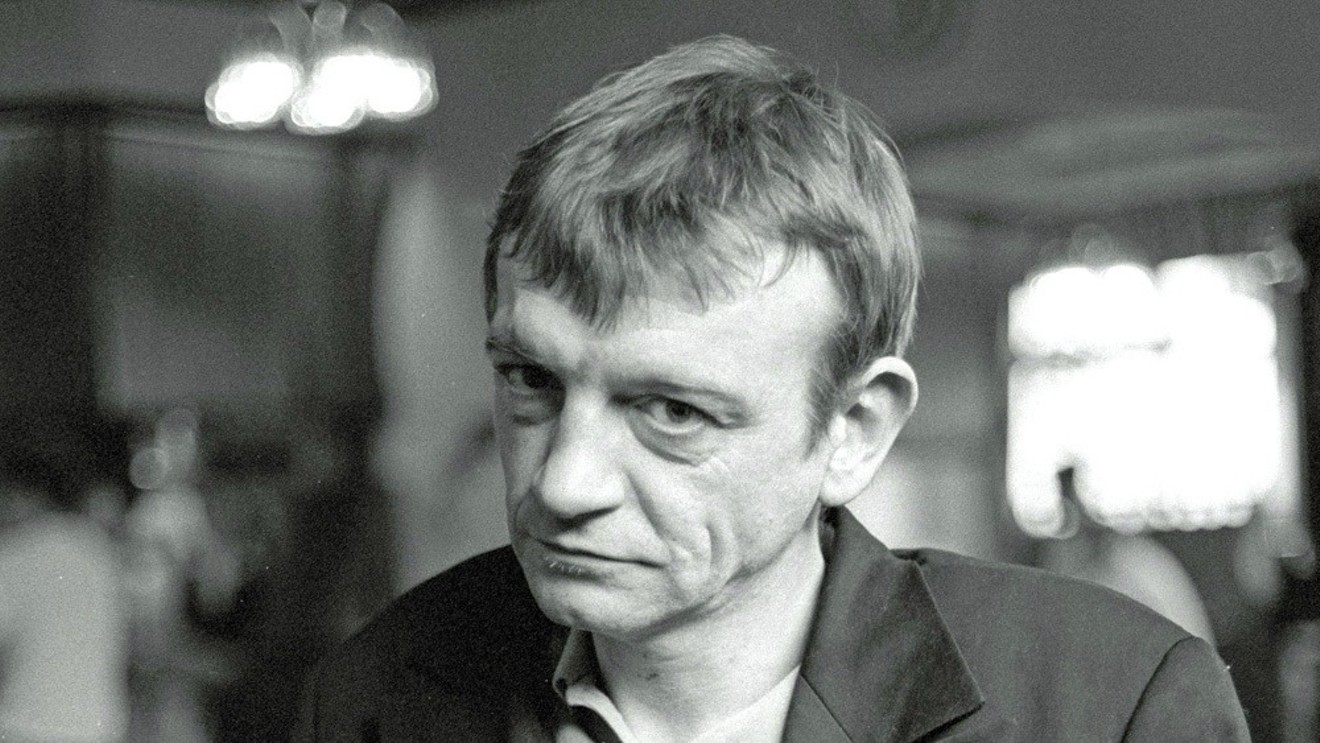 Mark E. Smith was punk's most persistent crank. David Pearson
On his BBC radio show, legendary DJ John Peel would introduce his favorite band, The Fall, by saying, "They are always different; they are always the same."

And he was right. Over the course of 42 years and 32 studio albums, The Fall maintained that tricky balance of constantly changing yet sounding resolutely themselves, thanks to the brilliance and capriciousness of the band's leader, Mark E. Smith.

Smith, whose filibustering vocals, cryptic lyrics, and prolific output influenced generations of musicians, died on January 24 at the age of 60. He was The Fall's sole constant member. The band’s lineup collapsed and reformed around him so often that he once boasted, “If it’s me and your granny on bongos, it’s The Fall.”

Acerbic and well-read (the band's named after an Albert Camus novel), Smith was a dockworker who sang like a ranting taxi driver and looked like the actor D.J. Qualls pickled in a barrel full of whiskey. He was a mess of contradictions: an English punk who supported Margaret Thatcher and the Falklands War; an avowed skeptic who also admitted to having psychic dreams (he once quipped "I used to be psychic but I drank myself out of it") and even supported the band in its early days by doing tarot readings for housewives; and a music lover who was influenced by early rockers like Elvis Presley and Gene Vincent just as much as he was by experimental groups like Can, Faust, and The United States of America.

The key to understanding The Fall's sound can be found in Smith's love for rockabilly and krautrock. Taking his cues from the steady motorik beat that defined groups like Can and Neu!, Smith anchored his songs around grooves. He didn't write songs so much as build perpetual motion machines; tracks like "The Man Whose Expanded" and "Totally Wired" feel like they could go on forever if you let them.
And complementing those krautrock man-machine rhythms and rinky-dink keyboards were caustic guitar riffs that sounded like Elvis guitarist Scotty Moore running his hands through six strings of barbed wire. It's on cuts like "Rollin' Dany" where you can hear that mutant rockabilly sound at its fullest. No matter how arty and weird the band got, there was always that old school rock 'n' roll core at the heart of their work. "If you can't deliver it like a garage band, fuck it," Smith said during a cantankerous interview with the NME in 1989. It was a sentiment he would always live up to.

The Fall wouldn't have been The Fall, though, without Smith's one-of-a-kind vocals.

Imagine a speed freak in line at the complaints department and you've got some idea of what Smith could be like behind the mic. He didn't sing songs so much as chew and spit them out. Instead of singing whole narratives or adhering to traditional verse-chorus-verse structures, Smith would yelp out non sequiturs, abstractions, and in-jokes. As a singer he had more in common with James Brown than Johnny Rotten. Like Brown, Smith never met a line he wasn't willing to run into the ground through constant repetition. And the influence of Can singer Damo Suzuki's ranting and raving style on Smith would be obvious even if The Fall hadn't recorded a song called "I Am Damo Suzuki."

The band's enduring impact on modern music lies primarily in Smith's drunk uncle vocals and inscrutable lyrics. It's hard to conceive of groups with "talk-singers" like Protomartyr or The Hold Steady without Smith's cranky example to lead the way. Hell, look no further than LCD Soundsystem to see The Fall's legacy at work. "Losing My Edge" is basically a Fall song you can dance to. Murphy even borrows Smith's habit of adding extra "uhs" to the end of words to lend extra rhythmic oomph to his songs.

Smith taught groups like Pavement the valuable lesson that people don't have to understand what the hell you're singing about to be emotionally affected by your work. Smith's lyrics had a self-aware, meta quality that songwriters like Stephen Malkmus would pick up on (like on "The Man Whose Head Expanded," where Smith barks "turn that bloody blimey Space Invader off!" to the electronic sounds bleeping and blooping around him).

As a society, we spend so much of our time worshipping youth. We hold up young geniuses like Citizen Kane-era Orson Welles as the gold standard, but we really should be taking our cues from persistent old bastards like Mark E. Smith. He never burnt out or faded away. He never gave in to nostalgia. He kept changing his sound but remained forever true to himself.

As an artist, Smith was a role model: uncompromising, unabashed, and unwilling to give up the ghost.

As a man, though, he was deeply flawed.

Despite his crack about grannies and bongos, other musicians would play an important role in shaping the band's sound — musicians whom Smith would alienate by treating like dirt. Smith was the kind of bandleader who'd fire members on their wedding day. Two of his longest running sidemen, bassist Steven Hanley and drummer Karl Burns, left the group after he got into a fight with them onstage in 1995. In 1998, Smith was arrested for assaulting keyboardist Julia Nagle onstage. She was also his girlfriend at the time.

While Smith was responsible for much of the band's success, abused and abandoned Fall members like Nagle, Burns, Hanley, and long-suffering guitarist Craig Scanlon (who was with Smith from 1979 through 1995) made significant artistic contributions to the band's body of work.

Of all his bandmates, ex-wife Brix Smith Start probably had the biggest creative impact on the band. First joining up with the group for 1983's seminal Perverted By Language, Brix Smith Start contributed to the songwriting and sound of the band for classic albums like This Nation's Saving Grace and I Am Kurious Oranj. It's in Brix-era songs like "Garden," with its chiming guitars, that you could hear the band add beauty to their bag of tricks. Her vocals and poppier sensibilities added gothy and dreamy grace notes to the band's wiry sound.

For better or worse, Smith's tumultuous lineup changes and personal acrimony show just how devoted he was to his vision of the band. Even when he started experiencing major health problems (he performed several shows in 2017 while using a wheelchair), Smith would not cancel shows or take a break. Up until the very end, he maintained his Mancunian dockworker work ethic.

He left behind a massive and wildly inconsistent body of work, full of triumphs and dead-ends and confounding detours. Mark E. Smith created a wonderful and frightening world of music. And we're lucky enough to get to experience it.